Psychedelic Fever (aka Like It Is) (1968, USA) is a Hippie-Drugsploitation-Sexploitation-Documentary film directed by William Rotsler. 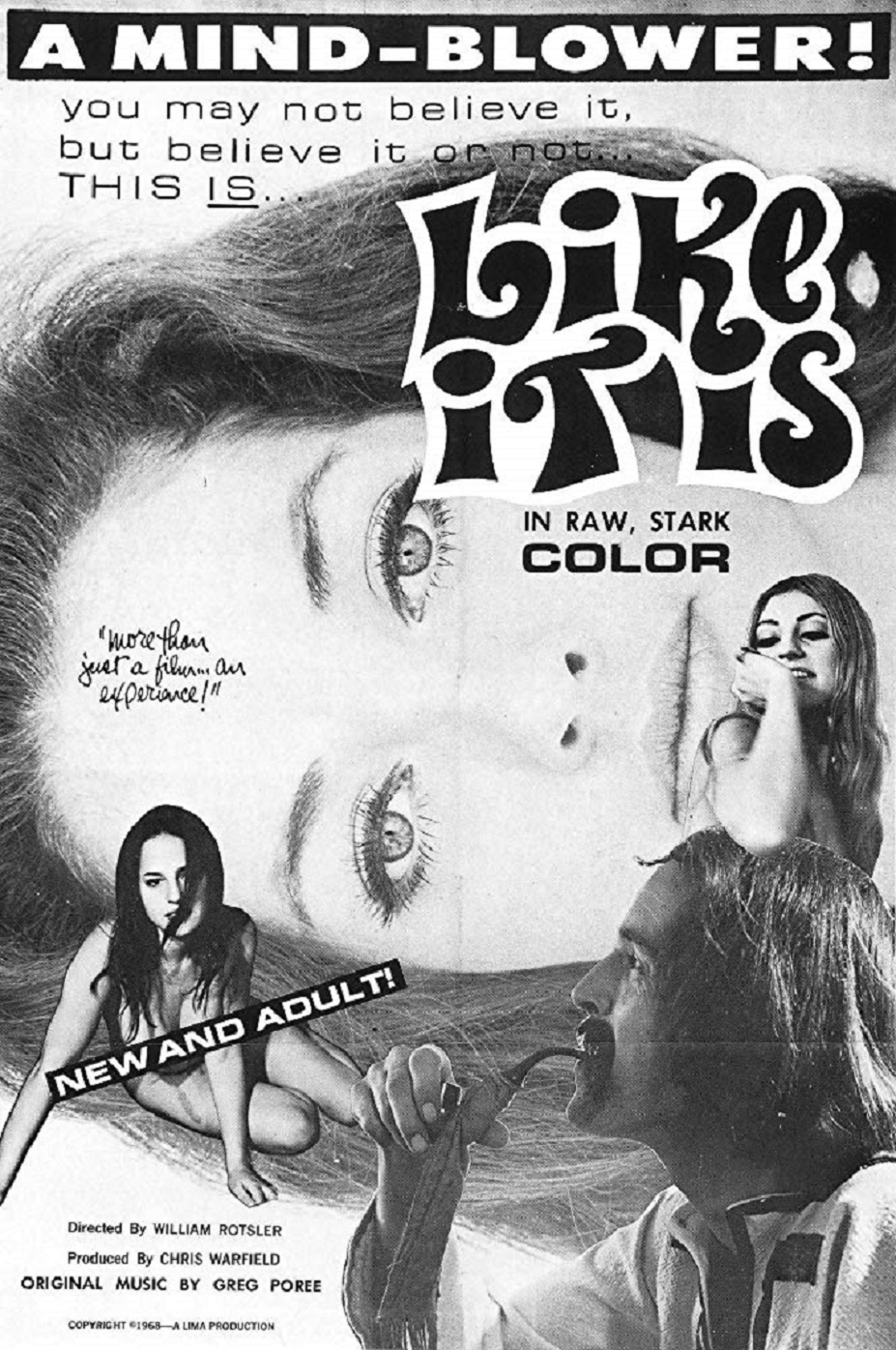 This documentary on the "youth movement" of the late 1960s focuses on the hippie pot smoking/free love culture in the San Francisco Bay area. Included are discussions of the drug scene with some of the kids themselves and, naturally, several examples of the hippie philosophy of peace, love and gratuitous nudity.