I love the original Dukes of Hazzard TV series. It's not the kind of show that gives you a thought provoking message or twisted plots every episode, but it's fun, hilarious and really enjoyable to watch. The story concerns Bo and Luke Duke who have to evade a corrupted county commissioner named Boss Hogg and his underling, the town Sheriff Roscoe P. Coltrane and their schemes to arrest them. There's car chases in every episode and of course our heroes always win. So why am I talking about this show? I just watched a 70s movie that's kinda similar to it. It's Polk County Pot Plane (a.k.a. In Hot Pursuit). Okay, I know that DOH was really based on the 1975 Hixploitation movie Moonrunners but PCPP gives you a very similar atmosphere as well.

After exchanging marijuana and money, Oosh, Boosh and their crews have to escape from the police. Unfortunately, they are caught and some of their marijuana is lost. So the mafia who hired them decide to help Oosh and Boosh escape from prison in exchange to get the money back. Next, our "heroes" have to get the money back from drug dealers (who land a plane in the middle of a field) and escape from the police. As you can see, some of the plot elements are different from DOH but they have similar selling points which is car chase scenes. Just look at the opening credits, we see a montage of car chases while country music is playing. It's very similar to the tone of DOH. 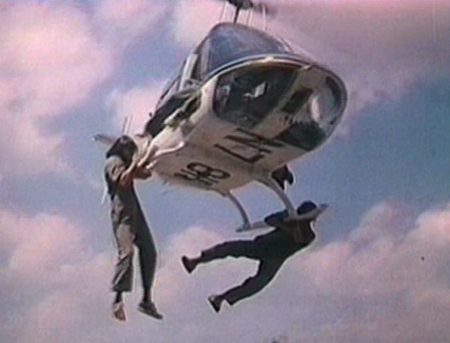 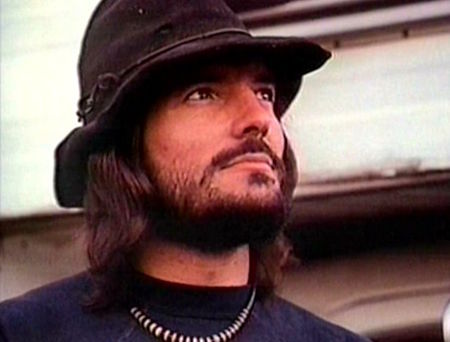 What makes this film look better than the TV series is the style of car chase we get. Since it was shot on a higher budget (I guess), all of these car chases are done in a James Bond/Blues Brothers/Gone in 60 Seconds style. It has lots of car crashes with big objects (like a house) being crashed into and many more police cars. Sadly, this is the only thing that makes the film better. The acting and the script are pretty bad. Most of supporting characters have terrible line readings. Whenever they are supposed to be angry or sad etc they never show the true emotion.

Actually, this film also has another factor that makes it worth watching. It has a really good funky soundtrack that's similar to the kinds you hear in Blaxploitation movies. It makes the chase scenes look/sound more exciting and memorable. Also, this movie has really good stunt work. There's a scene in which Oosh, Boosh and their friends escape from prison by hooking onto a helicopter. Oosh and Boosh have to grab parts of it while the helicopter is flying (see the poster above). Since this film claims in the end credits that: "No stunt men were used in this film", they are really awesome.

According to my research at U.S. Copyright Office website, this film could be in public domain. That's another thing that you should remember, public domain movies aren't 100% bad. There are some gems that you have to find yourself and Polk County Pot Plane is one of them. If you love carsploitation movies this is one that you'll want to check out. Guaranteed by Quentin Tarantino (He showed this film as part of his Grindhouse Film Festival in 2007).