Before Titanic, before Avatar, before the pretentious big budget era, James Cameron made fun movies like The Terminator and True Lies. Yet before all of those things happened, he was the in-name only director of Piranha II: The Spawning. Although it was originally intended to be another movie just called "The Spawning", the producers bought the rights of the Piranha franchise and decided this film should be a sequel. 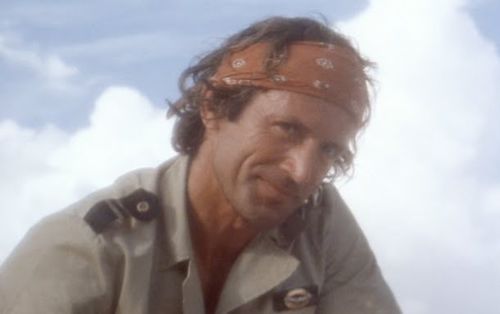 The plot is pretty similar to the original Piranha, except it's more campy and has lots of unintentional comedy. Anne, an employee of the hotel, decides to investigate the death of her diving students under the sea. Of course, she finds out about the flying piranha but no one believes her. Also, there are subplots here. For example, two girls decide to steal food from the hotel and later get killed by flying piranhas. 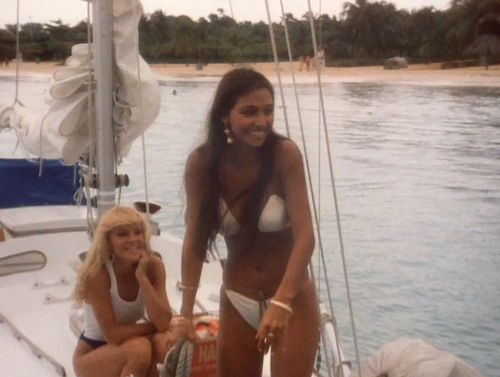 This film is purely hilarious. There are many things that are just stupid and lack any reason. Let's start with the first scene where a couple has sex on a raft. The man says that the raft is uncomfortable so the girl replies "Okay, the boat was uncomfortable, beach was sandy, air was too conditioned" (which implies that they have sex more than one place in that night). Finally they decide to have sex in the best place: underwater! What are they thinking? Look, even if there's no flying piranha down there it's gonna be the worst place to have sex. It's hard to breathe, kiss, or put that thing into another thing there. Luckily, they get killed by piranhas. The next thing is the premise of flying piranhas. They are created to be the ultimate weapon, unfortunately, the scientists accidentally drop a cylinder full of flying piranhas in the sea. Again, who would have thought that flying piranhas are good idea to kill our enemies? I mean, wow. 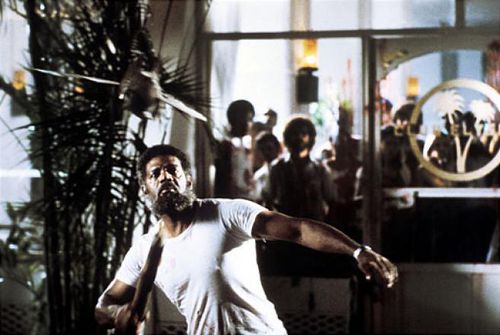 Remember what I said in the first paragraph about James Cameron? Well, he was hired to direct this film after the previous director was fired. Unfortunately, the directions came from the producers and although Cameron secretly edited his own version later on, he was caught and producers re-cut it again.

In conclusion, this film is campy, hilarious, and has an environmental message that's more subtle than Avatar. Check it out.