Oh, PIECES. How do I love thee? Let me count the ways... Your over-the-top gore. The Christopher and Linda George show. The totally unrelated karate man who interrupts a scene. The water-bed murder. The touch-tone telephone and plastic bag in "1942". Paul Smith NOT playing "Bluto". Your terribly pathetic title card. Your cheesily awesome poster art. An ex-tennis pro turned cop posing as a tennis instructor. Your jaw-dropping ending. 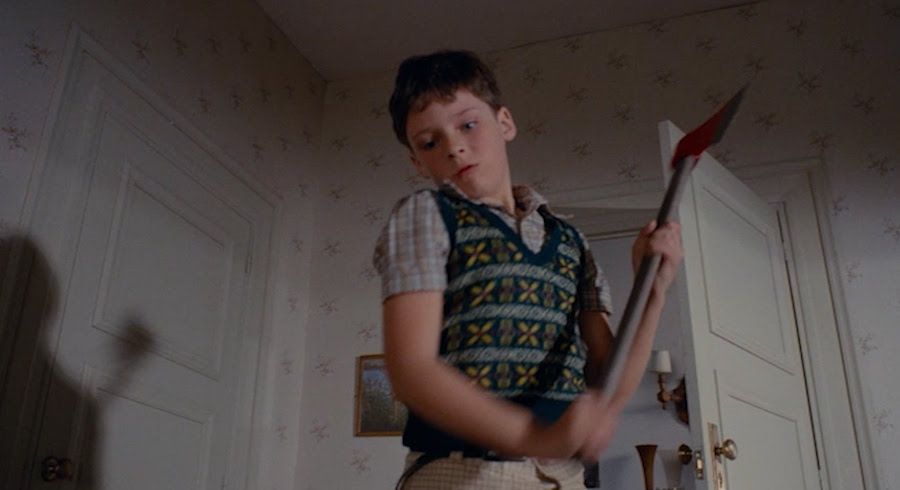 To take Juan Piquer Simon's Pieces at face value (as a slasher/giallo hybrid) is not to appreciate the true work of demented genius that it is. In recent years, Pieces has gained a pretty large cult following and I'm glad I had the chance to see it when I still hadn't heard too much about it. There really is no way to describe it. I don't mean in an Eraserhead kind of way, I mean in a holy-shit-I-can't-believe-I-just-saw-that kind of way. Sure there are gorier, nastier films (Murder-Set-Pieces, August Underground), but Pieces has a sort of cheerful naivete that carries the film right from the screen in to your heart. Don't believe me? Read on... 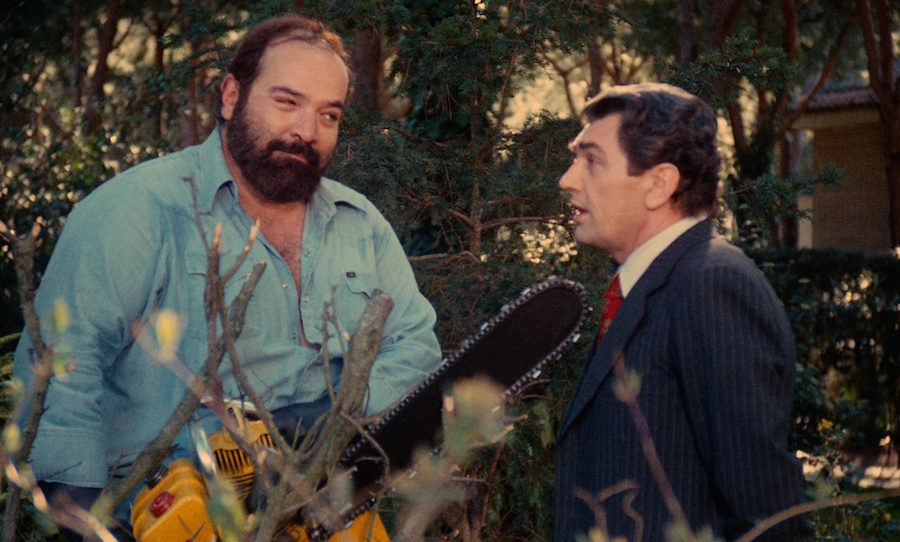 In 1942, a mother catches her young son putting together a jigsaw puzzle of a naked woman. She flips out and makes him put all of his smut (why couldn't I get stuff like that at his age?) in a plastic (!) bag to be thrown out. As she's collecting his smut, he grabs an axe and pulls a Lizzie Borden on her ass. The cops finally arrive and discover the mess and find the kid hiding in the closet crying. Apparently, they feel someone broke in the house and killed the mother (WTF?), so the kid hid in the closet to save himself (no C.S.I. back then). Said kid is then sent to live with his relatives. 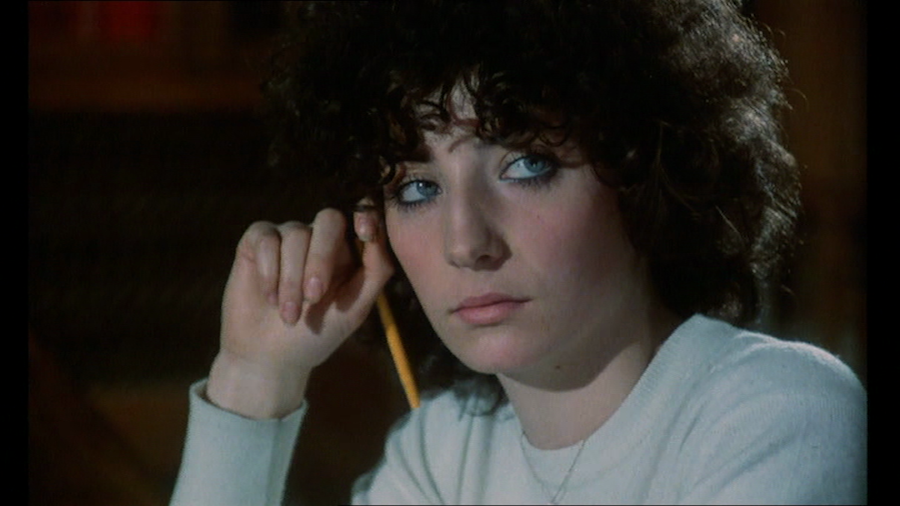 Fast forward 40 years. Comely coeds at a Boston college (Harvard?) are being hacked up like BBQ by a mysterious killer. Cop Christopher George is on the case and has ex-tennis pro turned cop Mary Riggs (Lynda Day George) go undercover as a tennis instructor (good thing that skill paid off) to get to the bottom of things. But who could the killer be? Is it the snobbish Professor Brown (Jack Taylor)? Is is the leering gardener who's trying to steal Sweepea away from Olive Oyl (Paul Smith)? What about the martial artist who pops out of alleys for no apparent reason? Or could it be...nah, it's too f@cked up to even get in to. 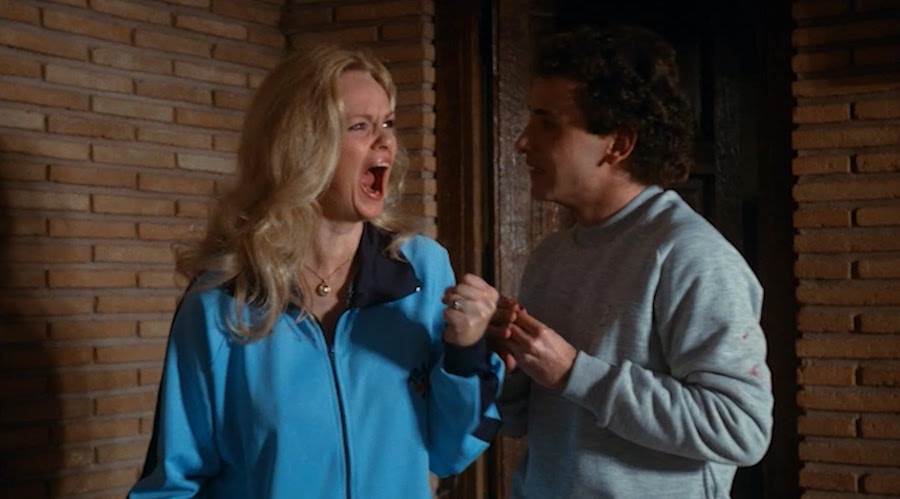 Pieces isn't a movie to watch for suspense or the plot or anything "high brow" critics feel are important to the forward movement of mankind. Pieces is a visceral experience that has a little bit of everything in it. I guess you could say the sum is less than it's parts, or pieces as it were. If Suspiria is to horror movies as Black Sabbath is to heavy metal, then Pieces would be Anthrax. Loud, fast, furious, and fun. What else could a possible Italian/Spanish/Puerto Rican production be? Could you imagine the production meetings (if there were any)? I don't think anyone understood what the other person was talking about! And Joe D'Amato was involved, so you know it's gonna' be a wild ride right off the bat. 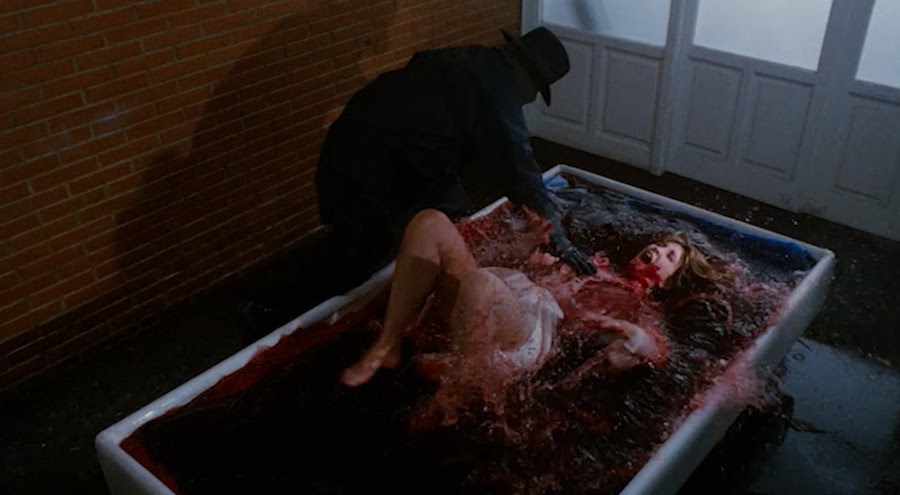 There's a lot of movies that hold a very special place in my heart, each one for a different reason. Pieces is in there because it's so crazy, so different that it stands on it's own. Sure there's a trench-coated mystery killer in it, but it's not a giallo. It's not a slasher movie, because of the shock ending (at least, I don't consider it a slasher). It's just a wild, fun ride that doesn't stop until the end credits. For 90 minutes, check your brain and taste at the door and enjoy something you've never seen before...and never will again. My HIGHEST RECOMMENDATION!