< Phantom of The Paradise

After making his first psychological horror-thriller Sisters (1973) Director Brian DePalma decided to do something different. He wanted to make a film commenting on the entertainment industry. What he created was a darkly funny satire based on Phantom of The Opera, The Picture of Dorian Gray and the story of Faust as well as incorporating the popular Glam-Horror Rock bands of the day such as Alice Cooper, KISS and David Bowie. Thus, Phantom of The Paradise was born. 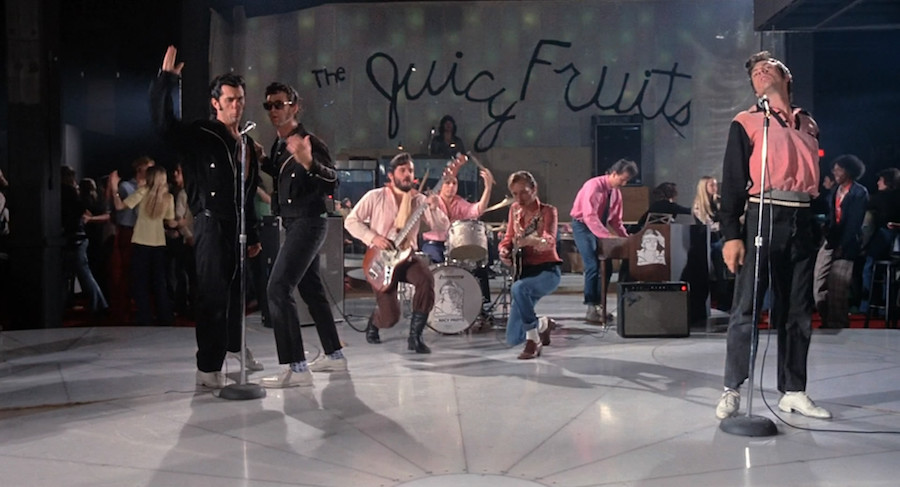 The film begins with a narration by none other than Twilight Zone creator Rod Serling. This gives the film a special mood, bringing us into an alternate movie universe where anything can happen. It's one of my favorite opening credits sequences ever. Then we get a memorable music number by the fictional 50s group The Juicy Fruits (Archie Hahn, Peter Elbling and Harold Oblong). They sing the tragic, yet excitable pop song "Goodbye Eddie Goodbye" (I noticed that the lead singer of The Juicy Fruits Archie Hahn uses an accent that foreshadows Al Pacino's mock Cuban accent from Scarface). At the end of their song, we meet Philbin (Mean Streets' George Memmoli), manager of the acts that the super-rock impresario Swan (Paul Williams) has on his label: Death Records. After the Juicy Fruits leave the stage, Winslow Leach (William Finley) moves in his piano and begins to play. When Swan hears the sad melody of Winslow's music, he quickly chooses it to be part of the premiere showcase for his brand new rock club, The Paradise. Winslow sings his heart out as Brian DePalma slowly dollies in 360. Backstage, Philbin meets Winslow and explains that Swan loves his music and wants to record it. Philbin makes one big mistake, he tells Winslow The Juicy Fruits will be covering the song. This sends Winslow into a violent rage as he throws Philbin up against a wall and angrily tells him noone will sing his music, especially not the greasy, talentless Juicy Fruits! Philbin apologizes, and Winslow regains his composure. Winslow's music isn't any regular batch of songs, it's a cantata that tells the story of Faust, a German magician who sold his soul to the devil... 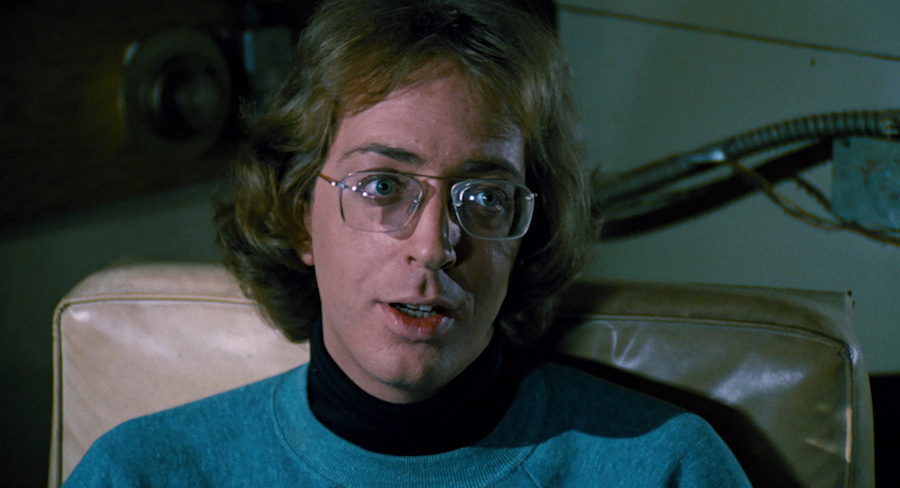 Winslow decides to pay a visit to Swan at Death Records, but is promptly thrown out by the security (during this scene you can spot real actors names on the address book including Peter Fonda). His next idea is to go directly to Swan's home which is aptly called "The Swanage", a large mansion outside the city. When Winslow gets inside, he hears a familiar song being sung badly by a whole load of girls. He's confused, but through the screeching voices he hears one that stands out and sounds beautiful. Winslow walks up to the dark haired beauty and helps her get the notes just right. Her name is Phoenix (Jessica Harper). Winslow introduces himself and finds out that Swan is auditioning girls to sing his cantata. Winslow is excited that Swan's using his music for the Paradise's grand opening, but he's also curious as to why he wasn't told about it. Swan's security henchmen bring in more girls to audition for Swan, but we see that they aren't particularly getting their parts by singing alone. Phoenix runs out of the room upset after being groped, and Swan's thugs throw Winslow out as well. 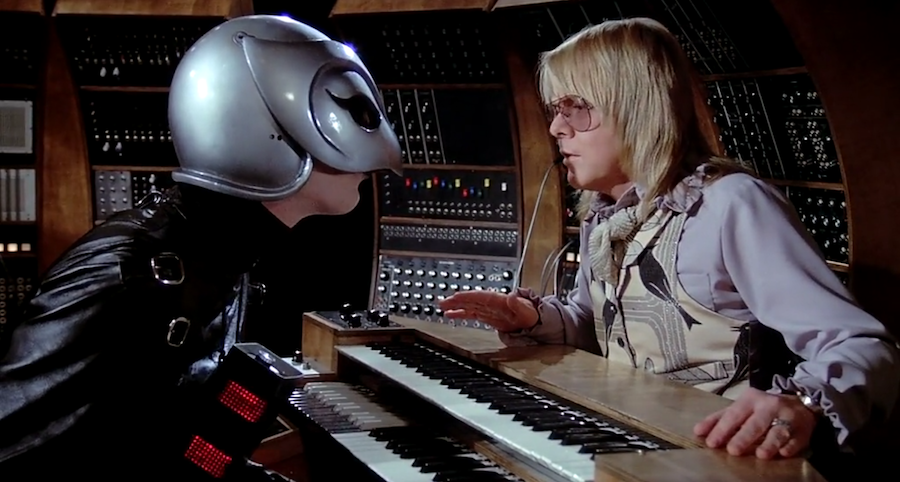 Winslow manages to get in to see Swan, but it's not using his attitude, it's by dressing as a woman (the crossdressing theme would appear again in DePalma's 1980 psycho-thriller Dressed To Kill). This is a very funny sequence. Swan has his thugs beat Winslow up and throw him out again, then they frame him as a drug dealer, get him arrested and thrown in Sing Sing Prison. Winslow's troubles aren't over just yet. To make matters worse, his teeth are pulled out and replaced with metal ones. When Winslow hears his song "Faust" playing on the radio and being sung by none other than The Juicy Fruits, he completely loses it! He throws the cops around, jumps on a conveyor belt and breaks out of prison. He heads straight to Death Records where he tears the place apart. He then runs to the record pressing plant and begins destroying that. When a security guard startles Winslow, he slips on some records, catches his sleeve on the press's power switch and somehow gets his head caught in between. Winslow is a steaming hot bloody mess and he staggers out and falls into the nearby riverway. We then see through a first person POV shot, that Winslow isn't dead. He walks into The Paradise and steals a costume to cover up his nasty facial wound. DePalma fans will connect this to a similar slasher film style sequence in the beginning of Blow Out (1981) complete with the creepy heavy breathing. Note: The POV shot was relatively new in 1974 and foreshadowed the late 70s- 80s slasher craze which used this technique often in films like Halloween and Friday The 13th. 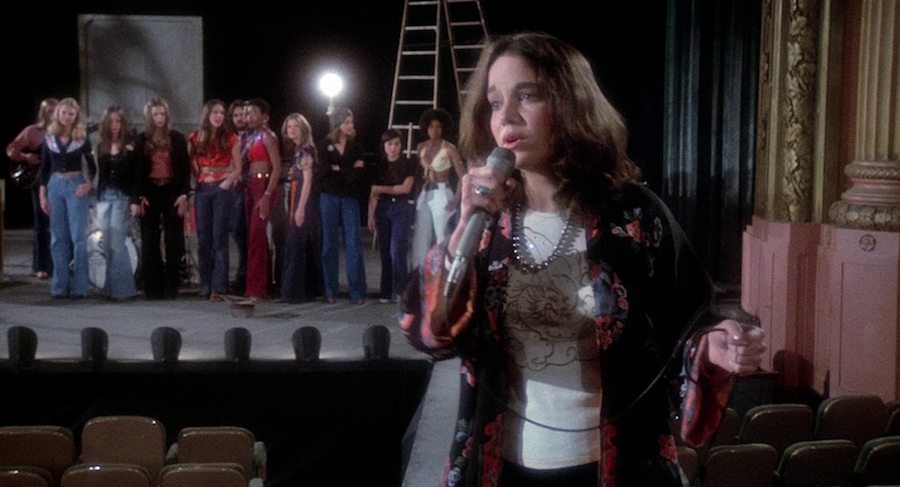 Winslow becomes The Phantom of the Paradise and plans to get bloody revenge on Swan and anyone else who dares to sing his music. Swan auditions Phoenix again and this time he hears her voice and Winslow chooses her to sing his music. Swan offers Winslow a contract: to rewrite his cantata Faust so Phoenix can sing it. Winslow agrees and signs a contract in blood. Since Winslow's voice was damaged severely in the record press accident, Swan helps him get his voice back with an electronic vocal box. (Listen to who's voice comes through the speakers when Winslow sings). Little does Winslow know he's actually making a deal with the devil. Winslow also doesn't know that while he's writing Faust, Swan has plans to use another lead singer. The next great sequence has Swan sitting at a desk (shaped like a large gold record) auditioning new singers. This foreshadows another DePalma film, in Scarface (1983) where Tony Montana (Al Pacino) sits in his round hot tub flipping through TV channels. 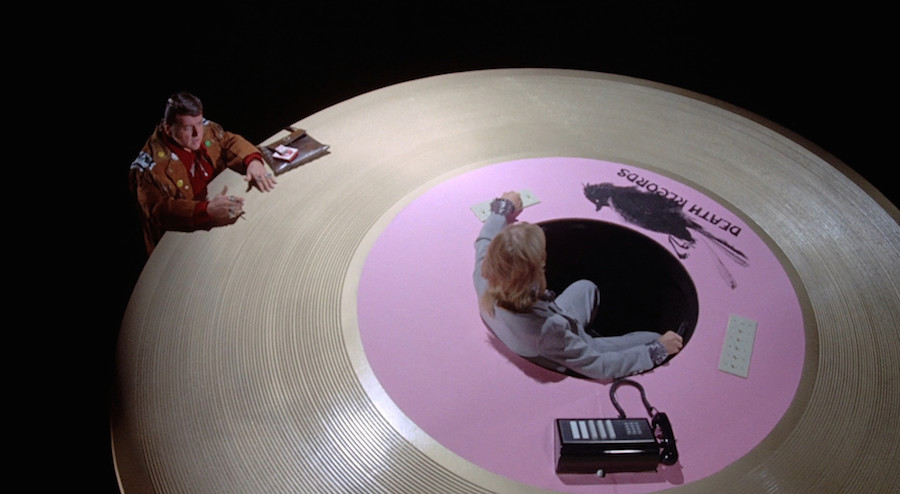 Swan finally finds his superstar in the form of the androgynous, lisping queen called Beef (played with hilarious abandon by Gerrit Graham). When Winslow is finished writing his new cantata, he is bricked up inside the recording room. He awakes from his drug stupor, goes insane and then attacks Beef while he's taking a shower. This is one of my favorite parts in the film as Brian DePalma does his own humorous riff on the Psycho shower sequence. Winslow threatens Beef as he comically covers his mouth with a toilet plunger and tells him only Phoenix can sing his songs, and "if anyone else tries, they DIE!". 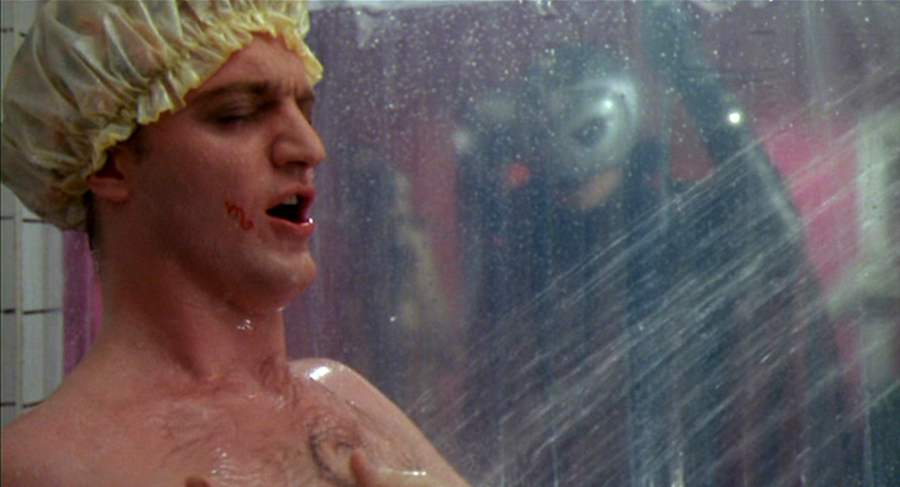 Brian DePalma uses the story as a total stylized exercise in filmmaking. He utilizes title cards, fast speed silent movie sequences, incredible camera work including split screens (look for the great Touch of Evil tribute sequence), and highly charged musical numbers featuring three groups: The Juicy Fruits, The Beach Bums, The Undeads, who are all played by the same three actors (Archie Hahn, Peter Elbling, Harold Oblong). For the film's finale DePalma also went back to his roots and used ideas from his documentary Dionysus in 69, featuring performers who interact with the audience making everyone a participant. Phantom showcased DePalma's brilliant ideas and gave audiences a taste of what would become his signature visual styles. 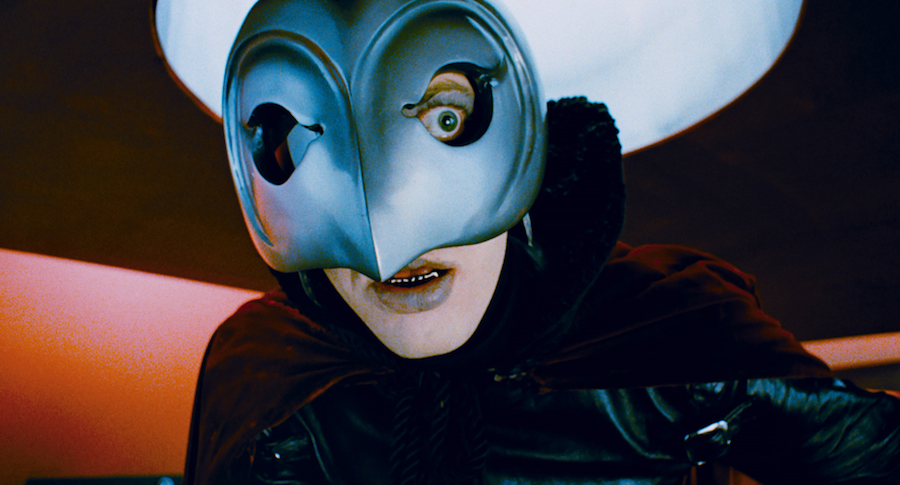 Phantom of The Paradise was a very unique film for its time and even 30 plus years later it remains a special cult masterpiece. Many viewers will notice that it rings of another famous cult movie The Rocky Horror Picture Show (1975). Phantom actually was released a year before Rocky Horror and it didn't do especially well, but only a few years later it began being shown on double bills with Rocky Horror. In the years since it's developed a huge cult following. I'm definitely a huge Phantom Phan. To me, Phantom is a much better film than Rocky Horror. First, it was directed by Brian DePalma, who is a master visual storyteller. Second, I think Singer-Songwriter Paul Williams' music for this film is just brilliant. It's both satirical and still really fun to listen to.