Go along with the basic premise of Patrick and you'll be rewarded with a modestly subdued, slow-paced psychological film which, instead of giving you some cheap jolts and blood, delivers something more unique and memorable. 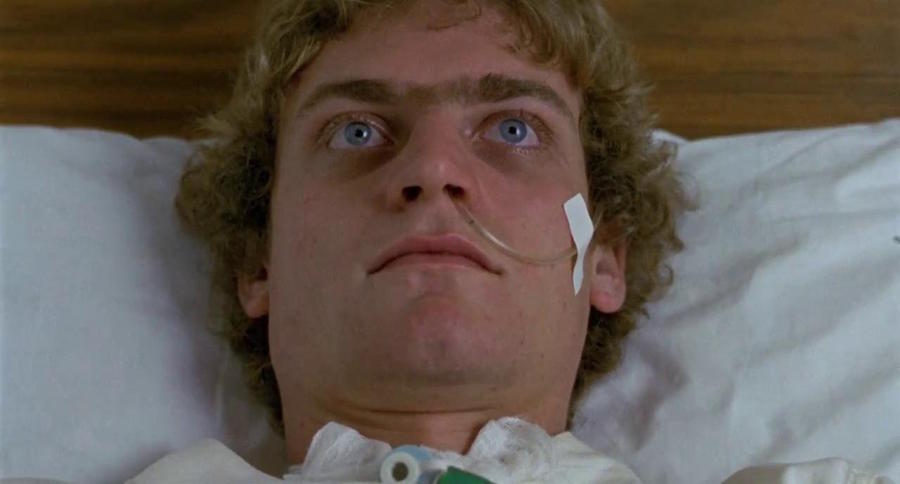 Patrick is an Australian film originally released in the U.S. in 1978--the same year, Mad Max was released. Both films wound up being dubbed for U.S. release because it was believed the thick Aussie accents might hurt potential box office (the original non-dub version is what's on the DVD and the accents are not thick enough that they would cause any problems). Both films opened the doors for several well-crafted Australian films to be released in the U.S. Also in 1978, a similar low budget film (from England) was released called The Medusa Touch with Richard Burton (who had last been seen in Exorcist 2). That film had a very similar premise to Patrick (with names like Burton, and the Omen's Lee Remick) but it tried to become an Irwin Allen disaster film and its execution was terrible on several levels. Patrick came out first and was seen and appreciated by enough people to have a small cult following. It was a banner year for psycho kinesis in the movies

Psychokinesis was made into a plausible plot for horror movies thanks to Stephen King who reinvented psychic power and monsters of the id into psycho kinesis via his novel Carrie (and later Dead Zone & Firestarter etc). Psychic phenomena exploded in the movies with better examples being Dario Argento's Deep Red (1975), Brian DePalma's Carrie (1976), and later The Fury (1978). It's used as a power, The Force, in Star Wars (1977), makes Jason Voorhees seemingly immortal in the Friday The 13th films, and on and on it goes. 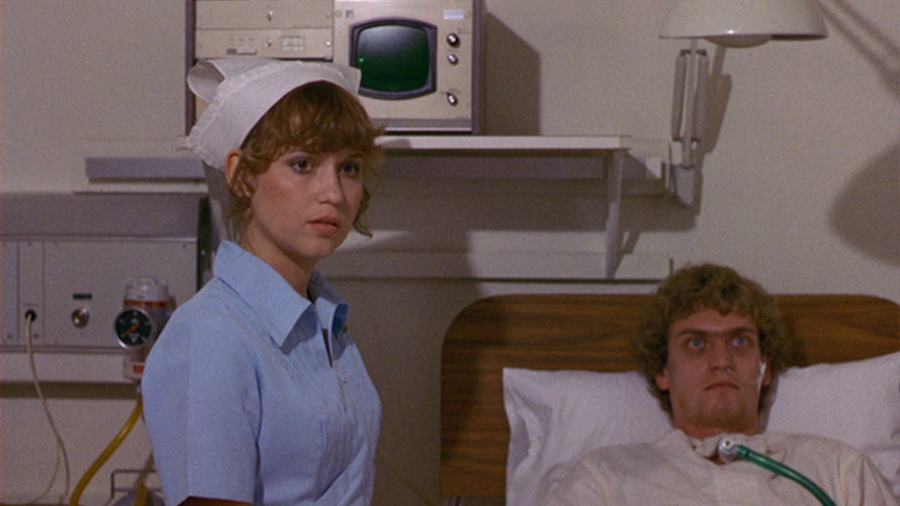 Patrick went in an original direction with the premise. A disturbed young man, Patrick (Robert Thompson), kills his mom and her lover. He is beaten so severely, by the cops that arrest him, he winds up in a coma. There's little hope he'll ever recover, so entrusting his care to an obsessed borderline mad doctor (Robert Helpmann) doesn't seem like too bad an idea.

Well, our comatose patient somehow connects with the new nurse Kathy (Susan Penhaligon) and his psychokinetic abilities blossom. Basically, Patrick responds to Kathy's love and sympathy for him, which awakens his sixth sense. Unfortunately, Patrick doesn't understand what love is and becomes enraged and jealous when he 'feels' Kathy falling in love with someone else after separating from her husband. He's also not happy he's been the arrogant doctor's guinea pig. Don't expect much in the way of pyrotechnics or blood however. This is a little movie with only a handful of characters and it's also a very modestly budgeted affair. It also is sometimes murky in its details and how it deals with its sub-plots. Think a low budget, Rosemary's Baby without Polanski's brilliant direction and you're getting warm. 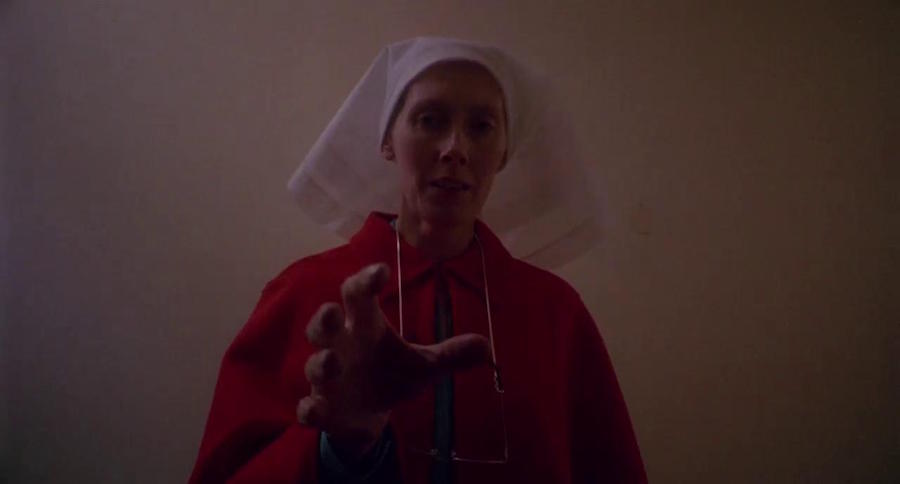 Director Richard Franklin (Road Games, F/X, Psycho 2) doesn't exhibit much of a flair, partially due to the films' very low budget. He does capture a cold sterility to the majority of the film's hospital scenes, and one can feel an almost hypnotic spell occurring in the scenes when Kathy and Patrick are alone together. The fact that nurse Kathy's private life is so messy provides a nice contrast as well. The film isn't well balanced. We have a very unique character in Kathy (superbly acted by Penhaligon) and then we have a more cliché's obsessed 'mad' doctor character (played with a touch of camp by Helpmann). We also have the matronly, un-sociable and very suspicious head nurse Cassidy (Julia Blake). The slow pace, the dated mediocre film score and the scripts sometimes awkwardly written dialogue mean impatient viewers may not find enough here to satisfy them. Over-all it's probably closest to a low budget Hammer film production (though with less gore).