Patrick (1978, AUS) is a Horror film directed by Richard Franklin. 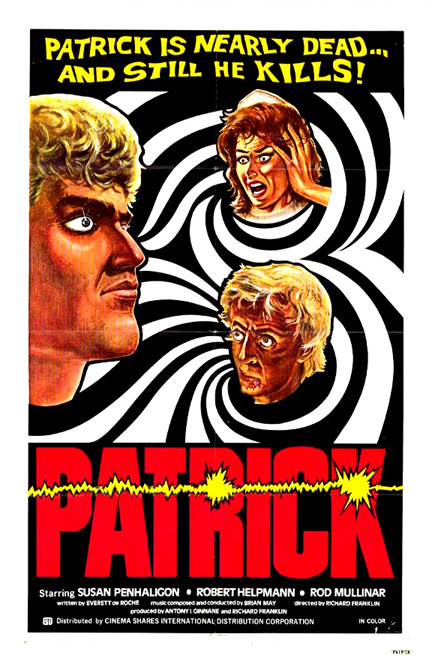 Patrick (Robert Thompson) lies in a coma in a Melbourne private hospital. He had murdered his mother and her lover three years ago by electrocuting them in the bath. Patrick, who has psychokinetic powers, falls in love with Kathy (Susan Penhaligon), the new nurse at the hospital, communicating with her via an electric typewriter. Patrick also uses his psychokinetic powers to control the men in Kathy's life and to defend himself against the hospital's bitter Matron Cassidy (Julia Blake) who plots to murder him. (Wikipedia)