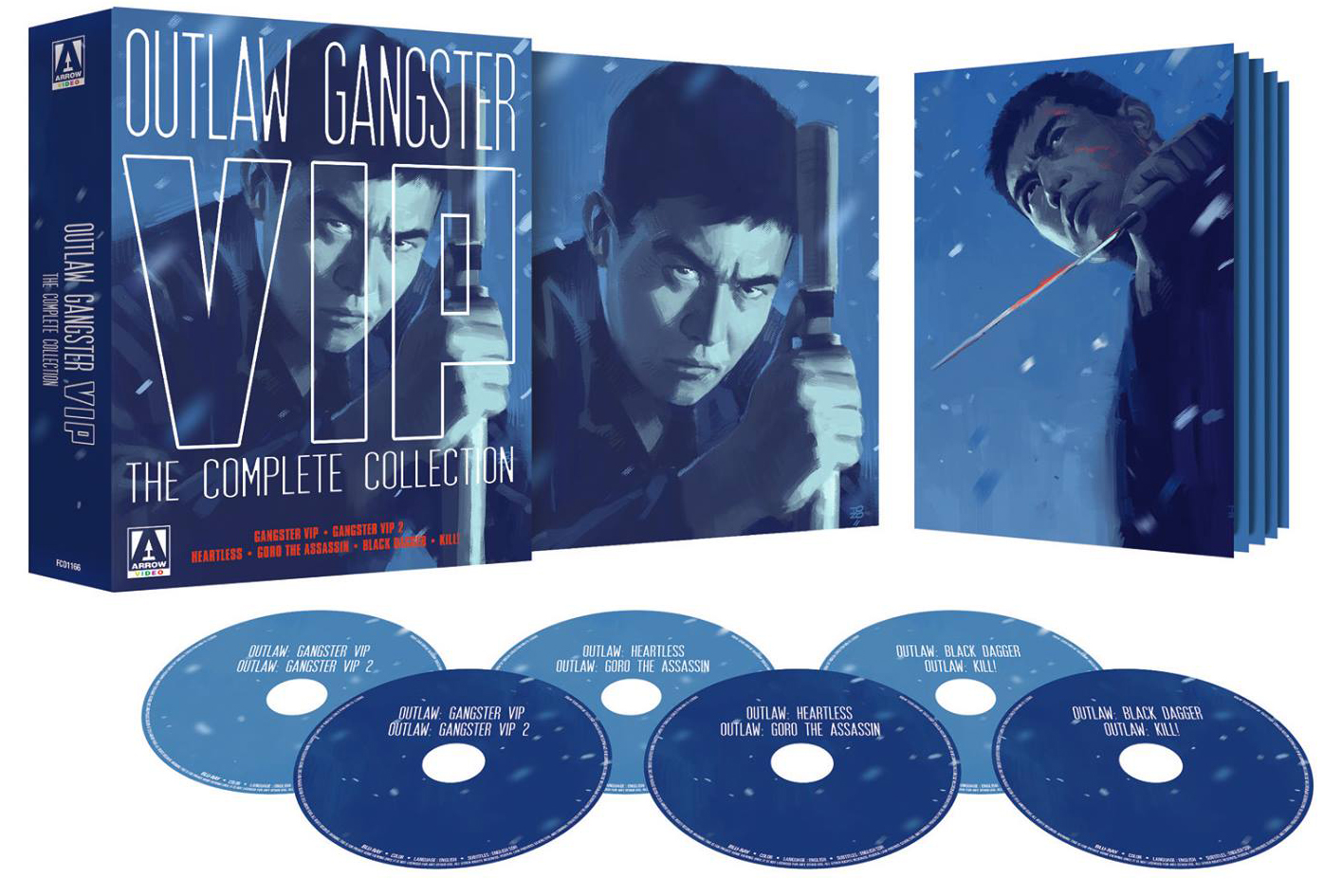 The gritty Yakuza yarn based on the writings of real life ex-gangster Goro Fujita.

The series offers up a depiction of the Japanese underworld that was unprecedented in its realism and its sympathetic portrayal of its protagonist as a man haunted by his past, unable to escape a life of crime. The success of the initial installment spawned five sequels, continuing the story of the lone wolf "Slasher" Goro and his quest for redemption.

The films presented a new kind of realism and violence that would prefigure Kinji Fukasaku's Battles Without Honor and Humanity series, with their winning combination of brutal violence, gang warfare and sweeping romance, these films make for a unique and unforgettable viewing experience.

The set includes six films in the Outlaw series released for the first time in the west: Gangster VIP, Gangster VIP 2, Heartless, Goro the Assassin, Black Dagger, and Outlaw Kill.