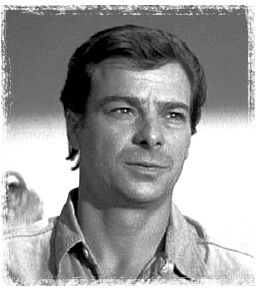 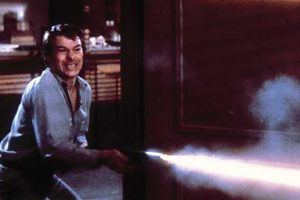 Napoleon Wilson is a character portrayed by Darwin Joston in the 1976 cult crime-thriller Assault on Precinct 13 directed by John Carpenter. Not much information about Wilson is given which is why he becomes such an iconic anti-hero with an air of mystery. When we meet Wilson he is being transported to a prison as part of the Death Row program. He is convicted of murder and the prison officials have nothing but contempt for him. Throughout the night of the siege on the precinct house, Wilson comes to the aid of the people he is stuck with such as Lt. Ethan Bishop, Wells (a fellow inmate) and Leigh, the station's secretary. Although Wilson is considered to be a dangerous, untrustworthy criminal, he proves that he still has a lot of heart and compassion for his fellow man. Wilson is very much patterned after the Western outlaw archetypes that are shown to not be all bad but often misunderstood victims of circumstance.

Napoleon Wilson is a wily criminal who has a knack for witty retorts and catching people offguard. He is lethal with weapons such as shotguns and is quick on the draw as well.