Unlike Thriller: A Cruel Picture where our main character becomes a mute after she's raped, In MS. 45, our main character Thana (Zoë Lund) already is mute when she's attacked by not one, but two rapists in one day! (the first rapist is played by director Abel Ferrara, by the way). Thana ends up killing her home-invasion rapist with an iron, but rather than involving the police in the matter, she ends up dealing with the situation personally. This involves Thana dismembering the body and dumping the severed pieces in various trash bags all around her New York settings. Still retaining her job as a seamstress, Thana still has to deal with continuous encounters of men trying to pick up on her. Not willing to have MORE assaults that have already happened to her, Thana now packs a .45 (Along with PLENTY of ammunition as you'll see) and will make sure that any man who lays a hand on a woman will be his last. 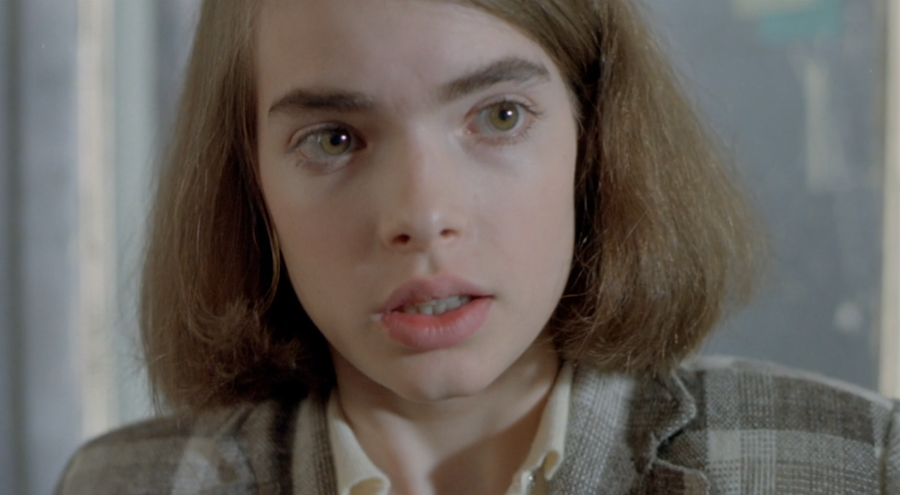 So while there's a revenge motive of being a "street protector" for women, the line gets blurred very fast and Thana just ends up blowing away ANY man that she's alone with. It becomes an obsession. It becomes dangerous. And by the end of the movie, she's reduced to becoming a homicidal maniac. Was this the result of never being able to find that first rapist in order to become vindicated? At least that's the impression I got. 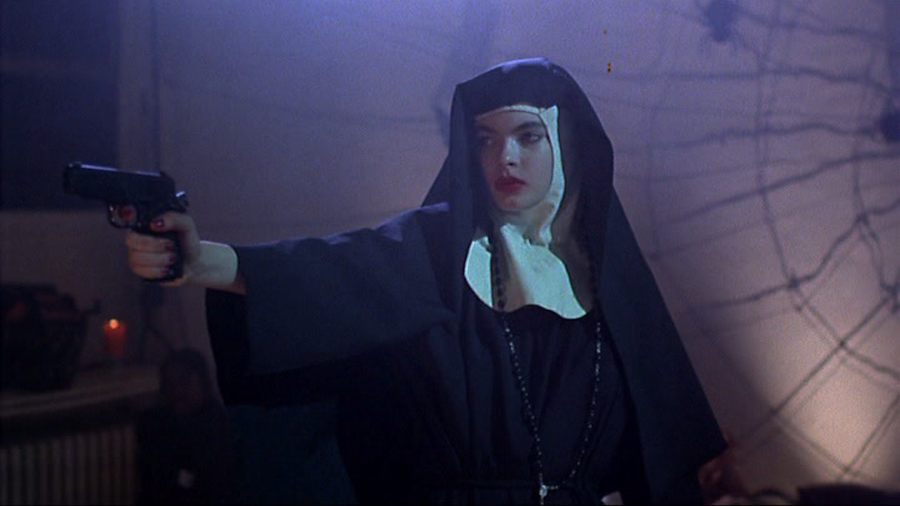 As you see, there's very little story to talk about here. So I guess what I'm left to talk about is that the production value of this movie which shot way up after Ferrara's previous Driller Killer as there's very nice, stark photography and good use of editing (involving hallucination scenes which still give me the creeps). So while there are differences in film techniques between the two nearly identical movies involving a drill and a handgun, the stories are almost the same and I would have at least preferred an ambiguous ending to MS. 45 the way DRILLER KILLER did it.