Tony (Harry Baer) is a small time collector for a local mafiosi. At the beginning of the film we get a look at how he does his job. The funny thing about Tony is hes not a big bouncer type guy. He looks like a 'happy go lucky' bohemian college kid. Still, when he doesn't get his money, he knows how to kick ass. Tony works for Luigi who bases his loansharking business out of a small billiard room/casino in the city. One night, a new guy on the scene, Rick (Al Cliver) is playing poker and loses a some big money, so his boss, Manzari (Jack Palance) aka "Scarface" has to come and pay his debt (he writes a check!). Before leaving the casino, Scarface has his thugs beat Rick up because he lost the money. Luckily, Tony is close by and being a nice guy, he helps Rick up and lets him crash at his pad. 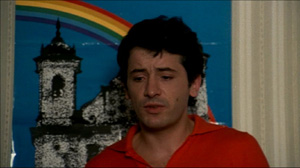 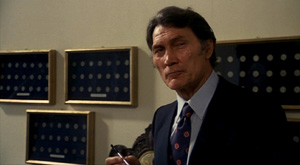 Meanwhile, Tony finds out from Luigi that Scarface's check is bad and he's pissed. He doesn't like being disrespected that way. Tony gets an idea: He hires a local actor to play an IRS inspector, while he takes the role of a guard. The actor and Tony get into Scarface's office and steal the 10,000 lire Scarface didnt pay. The scheme goes perfect but when Tony brings the money back to Luigi and explains HOW he got it, Luigi knows that Scarface will soon be gunning for all of them. Tony also has to contend with Peppi (Enzo Pulcrano) who is Luigi's top lieutenant. Peppi doesn't like Tony and the two have a fistfight but of course, Tony wins. Making the smart move before its too late, Peppi turns on Luigi and sets him up by having him come to a meeting on the outskirts of town. Peppi assassinates Luigi and starts working for Scarface.

When Scarface finds out about Tony's sting operation from Peppi he sends his men after Tony, Rick and their friend, an older ex-mafiosi named Napoli (Vittorio Caprioli) who provides a lot of the film's more comedic moments. After Scarface's thugs find Napoli and are ready to kill him, Rick and Tony watch from outside his apartment and then make their move and take all the thugs out. Their final plan is to lure ol Scarface to an abandoned slaughterhouse (get the joke?) to sell him some cocaine. The climactic battle is a lot of fun to watch. Rick, Tony and Napoli take out all the thugs in a game of cat and mouse. 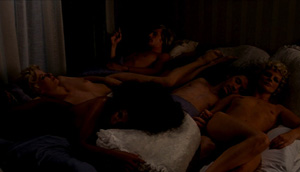 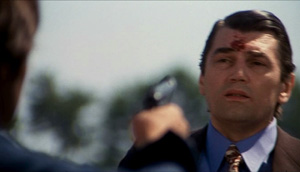 Mr. Scarface is one of my favorite poliziotteschi. It's such an easy, enjoyable film to watch and all the characters are interesting and fun. The dialogue in the movie has got that trademark snappy, wise-cracking Fernando DiLeo style. It is just smooth like a good Italian wine and not overly violent, with just the right amount. Plenty of shootouts, fist fights, foot chases and lots of humor. The great Jack Palance surprisingly doesn't get a lot of screen time or any big scenes in the film. He's almost playing a minor role while most of the movie is focused on Tony, Rick and the other guys. The music by DiLeo collaborator Luis Enriquez Bacalov doesn't feature the hard edged fuzzed out rock by Osanna as we heard in Wipeout!, instead it has more simplistic sparse sound. Even the opening isn't wild, it's very subdued. Mr. Scarface is another classic from the 70s Italian crime genre.