"Farmer Vincent" (Rory Calhoun) is owner of the land's finest smoked meat. What makes the meat so great, you ask? Let's just say that Vincent's cooking methods owe some inspiration to those maniacs in The Texas Chainsaw Massacre. Vincent's meathouse is located directly next to his Motel, "Motel Hello". Needing help with both the motel and the meat work, Vincent is joined by his sister, Ida (Nancy Parsons) and what the duo does is plant traps on a nearby road which causes the innocent travelers to crash. Though the victims tend to always survive the crash, they wish they would have died upon impact rather than to go through what Vincent and Ida have in store for them. Which is to remove their vocal chords and plant them in a secret,hidden garden for some "special" vegetation. One night, Vincent stumbles across an unconscious young female victim named Terry (Nina Axelrod) which he decides to spare. Once she recovers, Terry is told that her boyfriend is dead (But we know where he's at) and though it may be far-fetched to believe that Terry decides to stay and work at the motel, I just say to myself: "She's had her head banged hard enough to allow this to happen". The younger brother of Vincent and Ida, Sheriff Bruce (Paul Linke) becomes romantically linked to Terry. But the closer Bruce gets to Terry, the closer he finds out about his twisted siblings' killing spree. 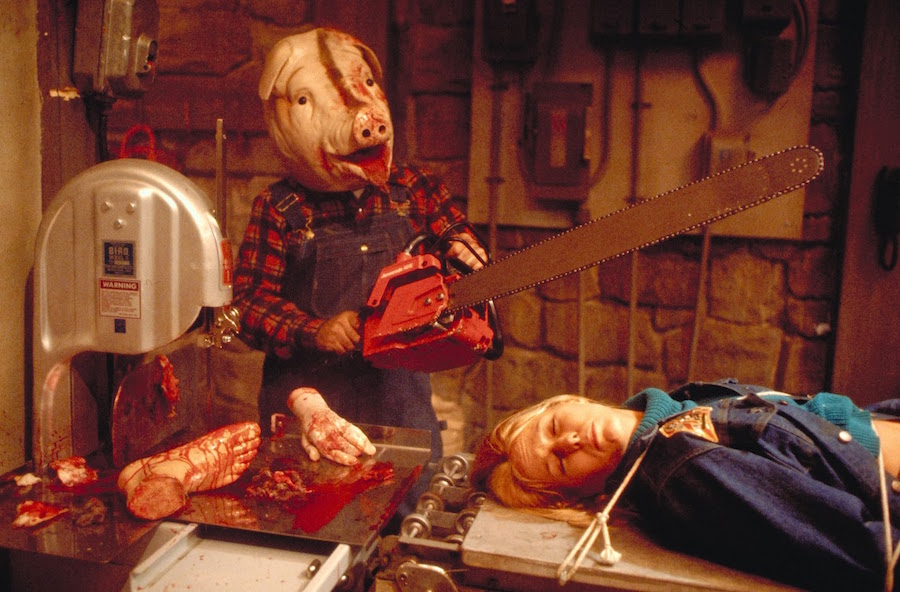 In my opinion, this was one of the last great slashers from the golden age. Although I take the term, "slasher" lightly because the film's structure and mood is definitely slasher-inspired, but in reality, not that many people are actually killed in this movie. I've already mentioned in another movie review here at The GCDb that the films that succeed on doing their job are the ones that make you imagine what you've seen (Sooner or later, I've got to make a definitive list of these type of flicks). Aside from the broad horror aspect, there's plenty of dark humor as you might have imagined. Successfully making this a good blend of one of the more entertaining horror-comedies. What else is there to add? Though Sheriff Bruce is a little too dim-witted for my tastes the rest of the performances (Especially Calhoun) are all well done. Plus there's quite a few familiar faces that round this experience out. Including John Ratzenberger (Member of an ill-fated traveling rock band), Rosanne Katon (Part of an ill-fated skiing duo) and radio legend Wolfman Jack as the town preacher! Lastly, I would have enjoyed the movie as it is, but that chainsaw-dueling finale complete with a pig mask and a demented cackle was icing on the cake. Smell that? Smells like the kind of meat that can only be cooked at a Drive-In/Grindhouse!