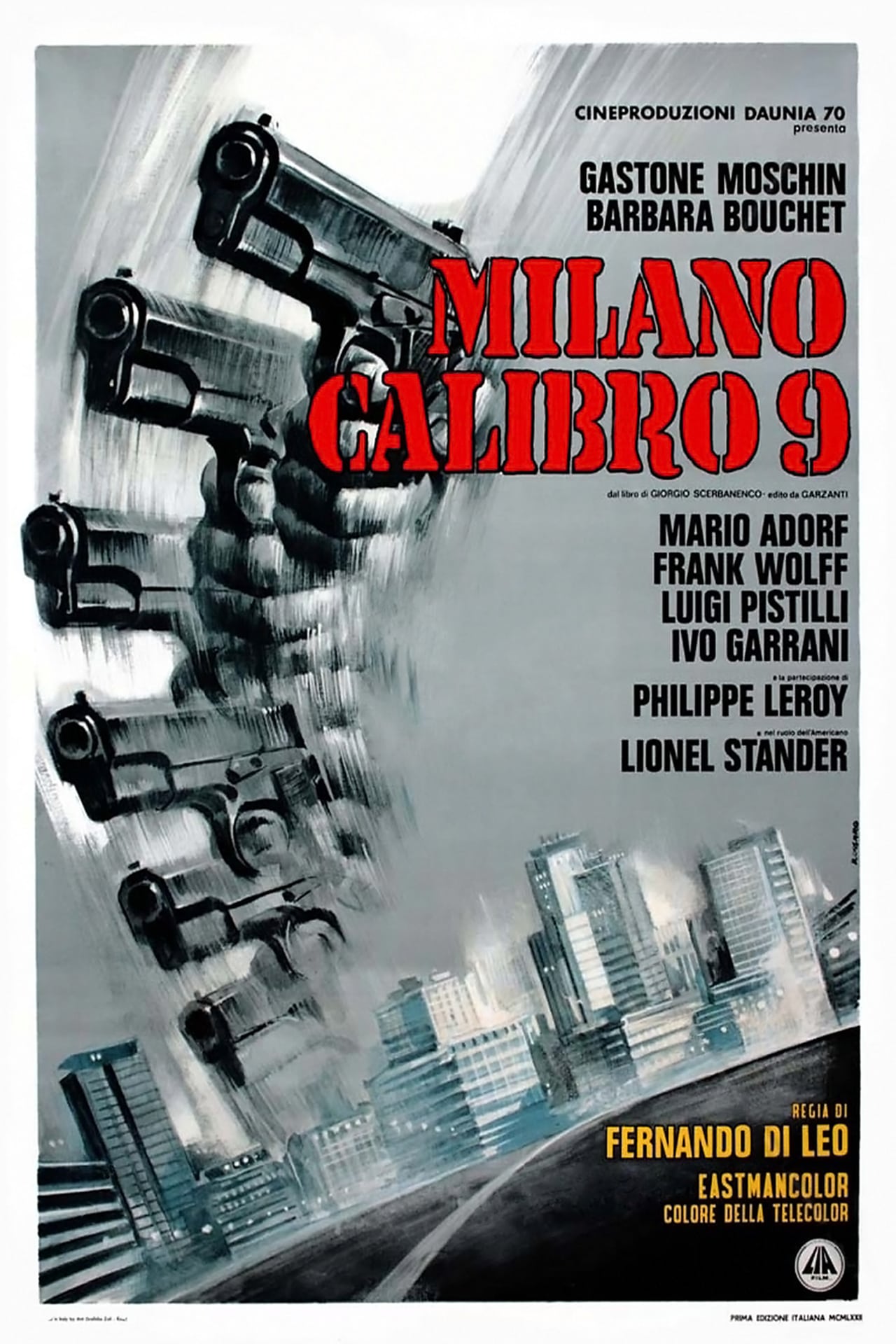 Caliber 9 (Italian: Milano calibro 9) is a poliziottesco film written and directed by the Italian crime film specialist Fernando Di Leo in 1972. The film is based on a novel of the same name written by Giorgio Scerbanenco. The soundtrack for the film, Preludio Tema Variazioni e Canzona, is a collaboration album between Luis Enríquez Bacalov and the Italian progressive rock group Osanna. Milano calibro 9 is the first part in Di Leo's Milieu Trilogy. The film was followed by La mala ordina (Manhunt) in 1972 and by Il boss (The Boss) in 1973. Small-time gangster Ugo Piazza (Gastone Moschin) is released from prison. He tries to convince the police, the mafia, his psychotic ex-friend Rocco (Mario Adorf) and his girlfriend Nelly Bordon (Barbara Bouchet) that he wants to go straight, but everyone believes he has $300,000 of stolen money hidden somewhere. (Wikipedia)