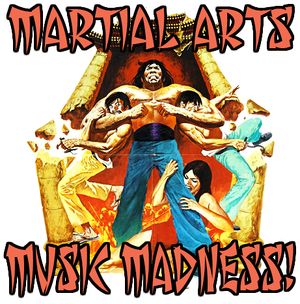 In this section of The GCDb we will be listing the various scores from Kung Fu/martial arts films that have been taken from other films, pop music & TV. During the 1970s and early 80s it was common practice for lower budget Asian genre films to steal scores from other popular films of the day. For instance you could be watching a Shaw Brothers Kung Fu film and hear the theme from a Blaxploitation film or a Spaghetti Western pop up in a sequence. This is just another reason why watching exploitation cinema is so fun. We hope you enjoy discovering...or re-discovering this memorable film music with us!

Main Theme (from Day of Anger) by Riz Ortolani

A Bucket of Blood (from Carrie) by Pino Donaggio

Title Theme (from Mad Max) by Brian May

One of These Days by Pink Floyd

Laying the Trap (from Gator) by Charles Bernstein

Let there Be Drums by The Incredible Bongo Band

On The Move (from Three The Hard Way) by The Impressions

Main Theme (from The Big Gundown) by Ennio Morricone