Mama Love (Gloria Grahame, The Big Heat) is a black widow, a woman who catches, marries and then murders her unsuspecting prey. Two of her three “teenage” daughters are in on the scheme. There’s beautiful Becky (Candice Rialson, Pets), a young woman as proud of her stunning figure as she is of her skills at seduction, and Addie (Sondra Currie, Policewomen), as beautiful as she is sadistic and violent. Well-meaning but naive Cindy (Mary Stoddard), the youngest daughter, is someone who Mama sends away whenever she’s ready to “exterminate” a union. 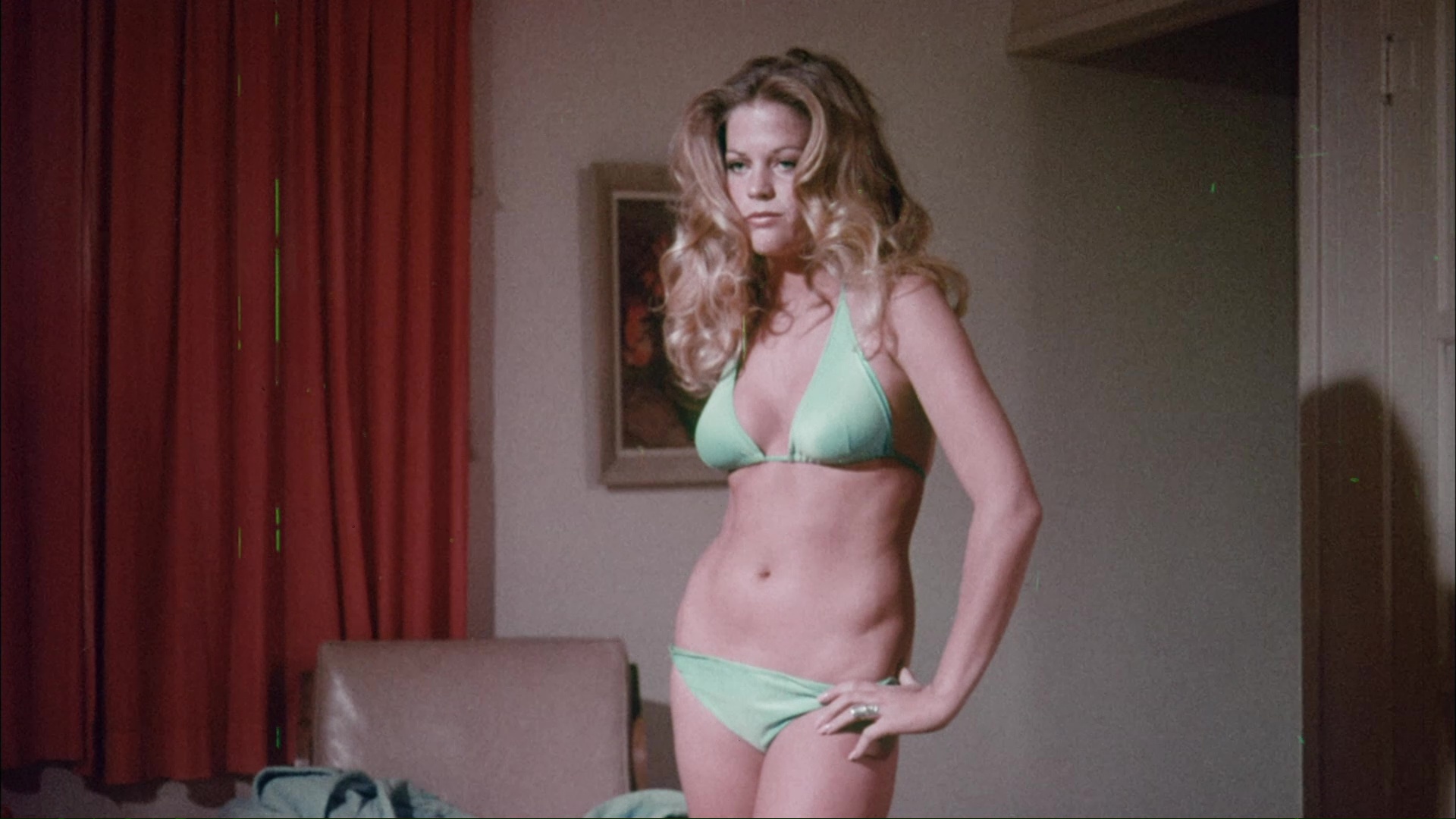 Widowed motel owner Harold (Paul Lambert) is Mama’s latest mark, but don’t you know, Harold’s got a plan of his own! He, too, is a man on the make. What’s gonna’ happen when two cruel, murderous, like-minds get married… and sign wills naming the other as the sole beneficiary?

Director John Hayes presents the film in straightforward fashion, lingering, as he does, on his lovely cast of young women… almost all of whom are comfortable being photographed topless. And Gil Lasky’s script delivers the goods: car chases, a spirited tutorial on a man’s only worth “his owned property, and several bloody murders—switchblade, axe, knife to the gut. 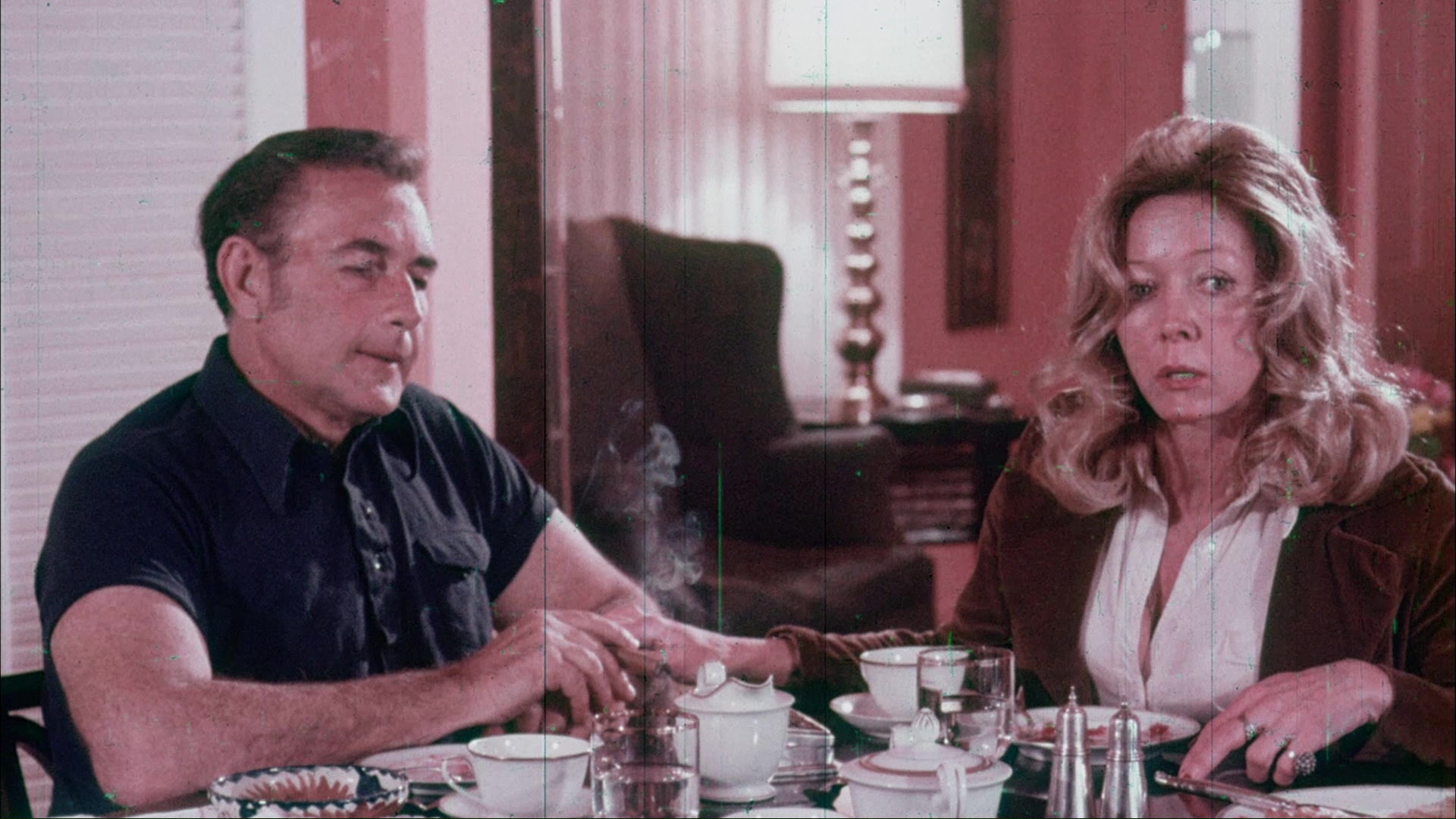 What’s missing in this spirited endeavor is what we look forward to in “women” exploitation films: the females coming out on top. We don’t take pleasure in watching men win in these epics… we want a turn-the tables narrative. This isn’t it. 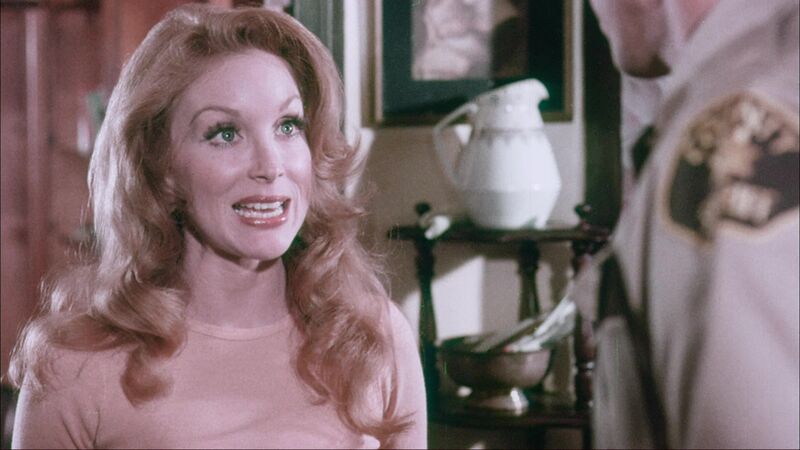 One of several “mama”-titled flicks, Mama’s Dirty Girls is slow-burn, inauspicious debauchery. Plusses include the seventies-chick centerpiece motel, the catchy recurring (uncredited) theme song; “watch out!”,” and the spectacle of seeing late-career Academy Award-winner Gloria Grahame chewing up the scenery.