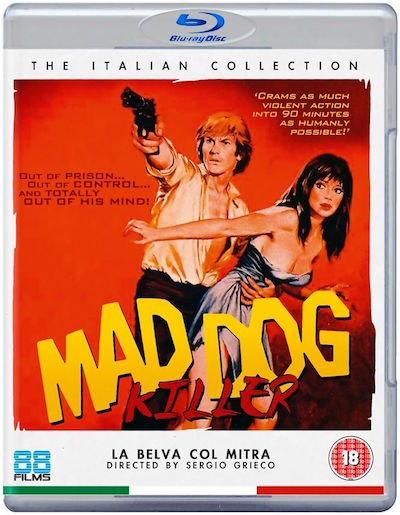 Synopsis: Deranged murderer Nanni Vitali (a completely unhinged performance by Helmut Berger of The Damned), and three violent thugs escape from prison and begin a psychotic spree of robbery, and revenge. But when Vitali brutalizes a beautiful young woman (the luscious Marisa Mell of Danger: Diabolik and Perversion Story), he lights the fuse on a deadly trap set by an obsessed cop (Richard Harrison). In this bloody urban jungle, life is cheap, vengeance is law and the ultimate maniac is a Beast With A Gun.

Also known as Mad Dog Killer and Ferocious, this rarely seen sickie was the final film directed by the notorious Sergio Grieco (The Sinful Nuns of St. Valentine) and is packed full of vicious sex, relentless violence and more gloriously sleazy delights. 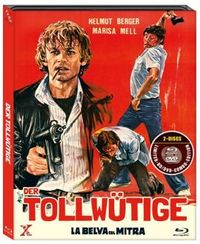 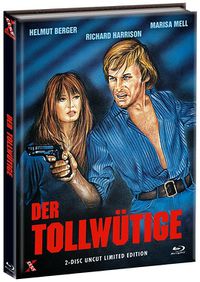 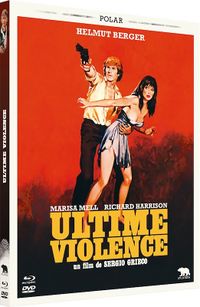