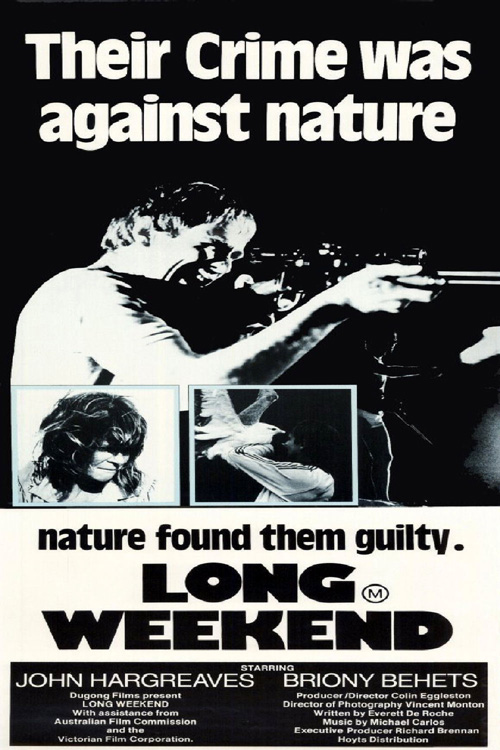 Long Weekend is an Australian horror film shot in 1977 and first shown in 1978. The film was directed by Colin Eggleston and stars John Hargreaves and Briony Behets. The story concerns a couple, Peter (Hargreaves) and Marcia (Behets), who, along with their dog, go for a weekend camping trip. The pair show incredible disrespect for nature, especially Peter, such as polluting, killing a dugong, throwing lit cigarette butts in dry bush, and spraying insecticide, among other transgressions. As tensions between the couple escalate, nature is not pleased with their environmental wrongdoing and starts to strike back, first by an eagle and possum attacking Peter, and then through more insidious means (Wikipedia)