After taking a break from film and making TV commercials for a few years, genre director Ruggero Deodato (Jungle Holocaust, Cannibal Holocaust) jumped back into the theatrical directors chair with "Uomini Si Nasce Poliziotti Si Muore" (Live Like a Cop Die Like a Man). The films script was written by none other than the Italian master of crime cinema: Fernando DiLeo. DiLeo was well known in Italy for his hard edged, bloody 70s crime films such as "Mr. Scarface", "Milano Calibro 9" and "Wipeout!". With Live Like a Cop, Die Like A Man, Deodato took the script by DiLeo and crafted a really entertaining, bloody, but light hearted crime film. At the time the film was being made, in America, the TV show Starsky and Hutch was huge hit. You may notice a slight resemblance between that TV show and the two stars of this film. As I was watching the film, I actually had that pop up in my mind, then later when I watched the documentary extra on the making of the film, Ruggero Deodato brought up Starsky and Hutch and I knew this wasnt just a coincidence. He even says that the TV show may have inspired the blonde cop/brunette cop part of the story, but noone knows for sure.

As the film begins we are introduced to the main characters Tony (Ray Lovelock) and Fred (Marc Porel) as they drive through the streets of Italy on a motorcycle. The catchy opening music is being sung by none other than star Ray Lovelock himself. The action begins fast as we see two robbers try to grab a woman's purse as shes walking along. The woman doesnt let go, so the two thugs drag her until she hits a lightpost head first! Since this woman hasn't let go of her purse yet, they kick her in the face several times and leave her bleeding and in shock. Luckily our two heroes are right across the street. The two thugs take off on their motorcycle, but Fred and Tony give chase and what results is a breathtaking, exciting bike chase through downtown Milan. Now THAT is how you start a movie! Director Ruggero Deodato actually got inspiration from his mentor Roberto Rosselini who would improvize things right on the set. The stunts were also filmed while the crew were in danger of being stopped by the police in the city. This is the Italian way of directing! They didnt care, they just went for it. After the extensive chase all over the city, the thugs are finally trapped and they both crash. One of the thugs is killed after driving his bike into a van and being impaled. The other is alive, but instead of taking the time to bring the guy in, Alfredo asks him if hes hurt, then breaks his neck. This is just a sample of how these guys operate. They make cops like Dirty Harry look like an alter boy. 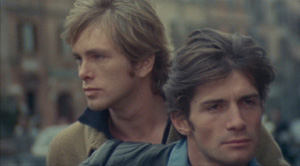 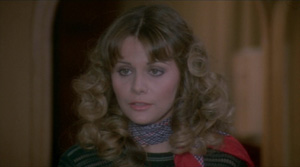 When Fred and Tony get back to the police headquarters we meet the secretary Norma (Silvia Dionisio) of their Boss (Adolfo Celi). This chick is one hot piece of ass! The boys chat with her and while they hit on her they get into this conversation and she tells them about how women cant outlast men in bed. Its funny and totally catches you by surprise because this is supposed to be a rough crime film. This is another reason why the film is so entertaining. While its a violent crime film, it also never gets too heavy emotionally. When theres a violent bloody shootout or fight, you always get a funny wink and a jab afterwards.

The police force the boys work for is not your standard police squad. They are actually a special unit that work to bring down really dangerous criminals in the city. They are basically free to do things the way they want, and believe me, they do. While they talk to the Boss, one of their fellow officers goes to leave the headquarters. Outside, a group of hitmen wait for him and when he goes to get in his car, they pull out their guns and let him have it. Fred and Tony hear the blasts and run outside and find him dead. When they hop on their bike to chase down the killers, they are knocked over by one of the thugs before they can follow them. They need to get revenge!

After being briefed by The Boss, Tony and Freds next target is a club run by Pasquini on the outskirts of town. The club is filled with high class patrons. When Fred and Tony arrive, they cuff the beat up the two security guards and tie them together. Then they proceed to pour gasoline all over the expensive cars that are parked outside the club. This reminded me of that scene in Scorsese's GoodFellas where Henry Hill destroyed that rivals parking lot by pouring gas in all the cars. Great stuff! After Tony and Fred light some torches, they start lighting all the cars on fire and pretty soon it looks like Dante's Inferno! They both joke about it as they walk off to catch the bus back to town. Not your standard police procedure.

The next day, we meet the man behind the crime, Roberto Pasquini (Renato Salvatori) who now knows he has trouble on his hands. A corrupt police inspector (Daniele Dablino) is giving him the info on his new enemies Fred and Tony. Pasquino aka Bibi realizes the jig is up and hes going to have to watch his back from now on. Meanwhile, Fred and Tony are called to a crime scene where a group of thugs are holding a woman hostage. When they arrive we see the whole neighborhood has swarmed around the house. Inside, the thugs are on drugs and the main scumbag is slapping and beating the woman of the house. The thugs talk to the cops and order them to send a getaway car so they can leave. Who else but Tony is the driver of the car and he backs it up to the house so the thugs can leave. After they see a helicopter flying overhead they get spooked and rush back inside with the housewife hostage. Tony and Fred dont wait for the violent outcome. Tony smashes through a window and takes out two of the thugs then Fred rushes the door and they both shoot the thugs while the poor housewife is in the middle of it. These guys are almost TOO good!

Back at headquarters, The Boss explains to them that while hes hired them to be special backup to the actual police, they are getting too crazy with their methods. The boys dont seem to take him seriously. They do what they do and they always come through. Tony and Fred decide to find out Pasquinis wherabouts, so they pay a visit to his old flat where his sister and his niece now live. When they get there they show their badges to the old woman and sort of barge in to look around the place. When Fred opens up one of the doors he finds Pasquini's beautiful niece Lina (Sofia Dionisio) doing her hair. He asks her a few questions and when she gives him some backtalk, he slaps her right in the face. She falls on the bed and pretty soon, Fred is all over her and they start to do the wild thing. Outside, Tony is listening to all the ruckus and just laughing along with the old woman who doesnt seem tocare one bit that her niece is in there banging a cop. Tony then walks into the room and takes his turn with Lina. Fred wasnt enough for her, she wants more! 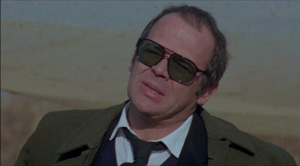 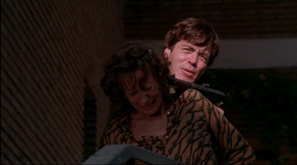 Tony and Fred try to find out more info about Pasquini by checking out a gambling parlor where some of his men are said to be hanging out. After Fred and Tony break up the party, they grab two of the men they are looking for and hang them up by their wrists. They yank and pull on them while they get information they need. Before leaving, Fred punches the men in the stomach like a boxing bag. Its funny stuff.

One of the films most "would be notorious" scenes in the film was edited because of the gory nature. In the scene, Pasquini tears out the eye of one of his contacts whom he believes is a liar. Pasquini pulls the eye out and then squishes it under his shoe in graphic detail. I thought that Italian cinema at this time was very soft on extreme violence in their films, but apparently this scene was just too much. In the edited scene, we dont see the eyeball being ripped out or squished, it is merely hinted at.

The boys take a little break one day to do some target shooting at a sand quarry, Fred and Tony try to shoot cans while jumping through the dunes. This was a cool sequence, the unconventional style of target practice was interesting. The boys don't even realize that Pasquini has sent hitmen to kill them. While they are playfully shooting at each other and hitting the small cans, the hitmen are slowly circling them, watching from the hills above. Pretty soon Fred and Tony spot one of the hitmen. They have an exciting shootout with the thugs, but the thugs just aren't fast enough. I really loved how Ruggero Deodato shot this sequence, especially the one shot of the lone hitman all freaked out because he knows hes in deep shit. The hitmen just cant beat these super cops!!

Tony and Fred get word from The Boss that the man who is working for Pasquini is residing in an flat. The man now wears a patch on his eye but Fred takes a look at it and tells the man they will give him a lot of money if he rats on Pasquini and tells where they cant catch up to him. The one eyed man tells them he will be on a boat in the harbor. Tony and Fred arrive at the boatyard and they burst onboard and grab Pasquini's men. They don't even know that Pasquini is watching whats going on from across the boatyard in a warehouse. The boat is wired to explode but Pasquini must wait until his men are off the boat before detonation. Pasquini really gets a surprise himself when he turns around and sees Freed and Tony's Boss behind him. The Boss shoots all the men including Pasquini. When Tony and Fred run over to check out the warehouse they arrive and see the dead criminals on the ground. They then see their Boss and they're really surprised. Before their Boss leaves he says something really funny to the two men and they just look at each other, then at the unused TNT plunger. They just cant resist. As they push the plunger down the boat explodes. What an ending!