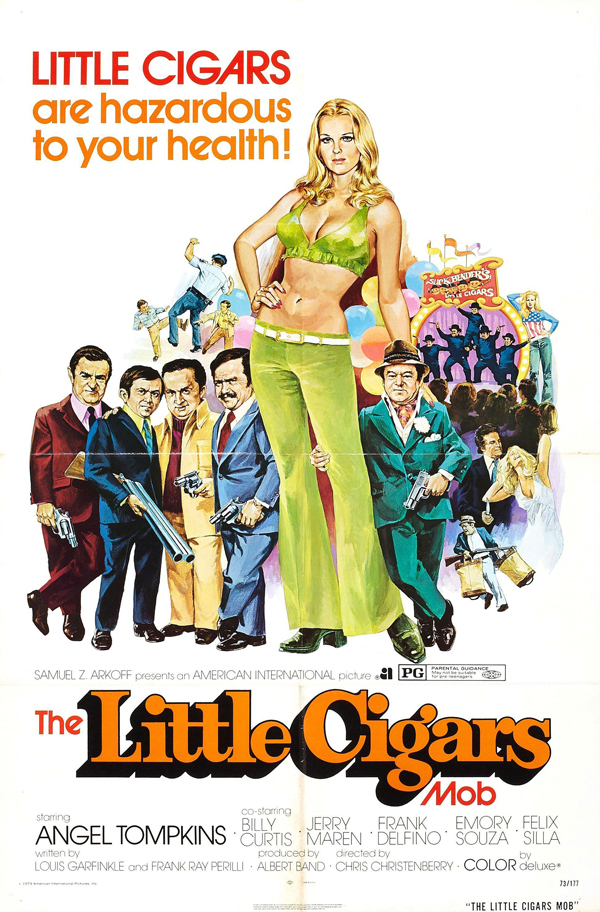 Little Cigars is a film released in 1973 by American International Pictures about a gang of little people who team up with a gangster's mistress, played by Angel Tompkins, to go on a crime spree. It was directed by Chris Christenberry. "Cleo," the gangster's mistress, was played by Tompkins shortly after her Golden Globe nomination (for 1970's I Love My Wife) and appearance in Playboy magazine (an off-shoot of her role in Prime Cut opposite Lee Marvin and Gene Hackman). The film also features Billy Curtis and Jerry Maren, both of whom played Munchkins in the Wizard of Oz. The film was also released in the United States as The Little Cigars Mob. (Wikipedia)