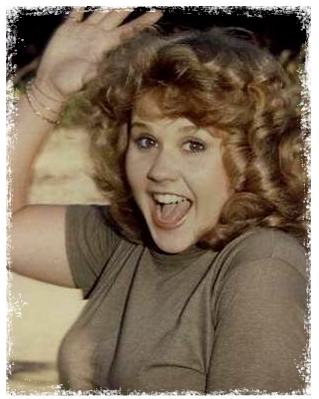 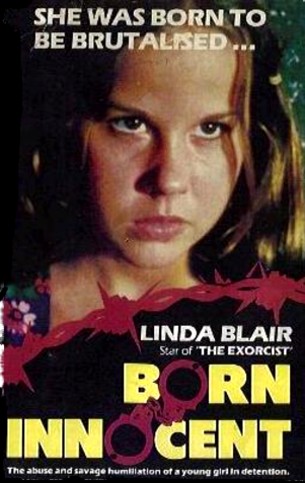 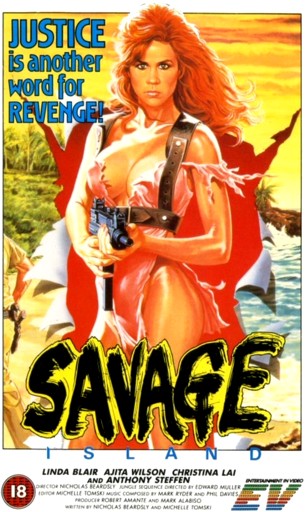 If Linda Blair’s career as an actress encompassed only one movie appearance, her place in cinema’s Hall of Fame would none the less be well deserved. Her performance as Terry in Mark (Class of 1984) Lester’s deliriously kitsch 1979 roller-disco musical Roller Boogie is rightly remembered by all as a rarely equalled zenith of cinema art.

Oh yeah, some of you may also remember her as the potty-mouthed, pea-soup spewing puppet of Pazuzu in ‘The Exorcist’.

Linda Denise Blair was born on January 22nd 1959 in St. Louis, Missouri, U.S.A. By the age of ten she was working as a model and actress in TV shows and commercials. Her first feature film role was in 1971’s ‘The Sporting Club’ and shortly after she beat 600 other young auditioning actresses to land the role of Regan MacNeil in William Friedkin’s hugely successful head-spinning horror classic. Blair’s uninhibited performance won her a Golden Globe award and an Oscar nomination for best supporting actress. It’s a testament to the young actress’s talent and on-screen charisma that it is now impossible to imagine anyone else making a stronger impression in the incredibly demanding role of Regan. The image of the possessed girl’s glassy eyed, snot-encrusted face is indelibly etched on modern pop culture consciousness alongside other icons of horror like Michael Myers and Freddy Kruger.

Beyond the career defining highlights of roller-disco and stabbing her crotch with a crucifix Blair’s filmography is littered with B-movie gems representing a host of exploitation film genres including horror movies, women-in-prison flicks, rape/revenge sickies and vigilante action epics. Blair was never less than effervescently wholesome; the actresses cute cheeks invite pinching, and her eager-to-please, fresh out of high school ‘gee-whizz that’s so neat’ sunny disposition seems utterly ill-equipped to navigate the brutal terrain of the exploitation movie landscape. Therein lies the key to Blair’s appeal to grindhouse movie patrons; she’s the proverbial Babe in the Woods, innocence that invites corruption, and perversely it’s a ton of fun to hear her talk sassy and deliver whupass payback to sadistic prison wardens and sleazy street punks.

Busted for cocaine possession aged eighteen Blair’s private life threatened to turn out like the plot of one of her movies and when she started stripping off, in movies or for photo-shoots, there was a peculiarly inappropriate frisson inspired by seeing her naked, the audience made to feel like a kid who has been caught peeking on their teenage sister getting dressed for a date.

Alongside appearances in such TV shows as ‘Murder She Wrote’ and ‘Fantasy Island’, plus roles in numerous TV movies which include teen prison melodrama ‘Born Innocent’ and the Wes Craven directed kitsch witch bitch flick ‘Summer of Fear’ (aka ‘Stranger in Our House’), notable films in Blair’s grindhouse career include the following -

Blair was back behind bars and pulling the hair of Emmanuelle herself Sylvia Kristel in the gritty and grim ‘Red Heat’.

And ‘Grotesque’ lived up to its title by delivering more ocular offending 80’s fashions and pitted Blair against another gang of caricature punks (including Maniac Cop Robert Z’Dar) and an infantile putty-faced mutant!

In the 1990’s Blair starred in the Broadway revival of the musical ‘Grease’, spoofed her most famous movie role in the comedy ‘Repossessed’ and continued to appear regularly on TV. In recent years she has busied herself campaigning for animal rights and establishing the ‘Linda Blair World Heart Foundation’ which rescues and cares for animals that have been abused or neglected. In 2011 she returned to the horror genre starring in the film ‘Cousin Sarah’ alongside Tom Sizemore and Tippi Hedren.