Baron Frankenstein (Joseph Cotten) and his partner Dr. Marshall (Paul Müller) work meticulously on THE PERFECT CREATURE. They need dead bodies and Tom Lynch (Herbert Fux) and his graverobbers are providing them for money. They deliver a freshly hanged man. This time a brain and heart is needed to finish their final job after three years of work. But something goes wrong. It is proven that the brain is damaged. Marshall tells the Baron not to use it, but he doesn't listen. 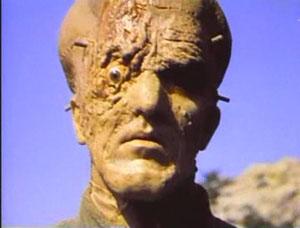 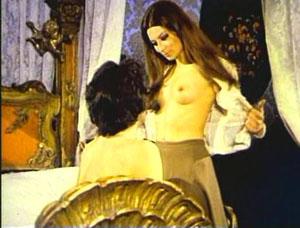 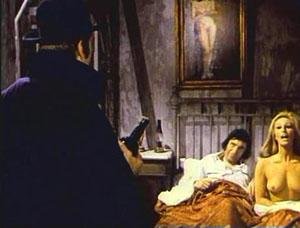 The creature awakens, kills Baron Frankenstein and is now loose. In the meantime Lady Tania (Rosalba Neri) - daughter of Baron Frankenstein - is back from medical school (where she graduated). With the brain of Marshall and the body of the retarded Thomas (Marino Masé) she plans to make a new creature (that she can make love to and that takes revenge). Captain Harris (Mickey Hargitay) investigates and he's got a clue to what's really going on...but how will the film end?

In the first 30 minutes I found the film boring but then it got better and became interesting. Lots of nudity in it. Also the main actress Rosalba Neri shows her tits (I love 'em). The creature looks dumb but what do you expect? It's a low budget exploitation film. Not your ordinary Frankenstein type of genre film, this one is different and therefore Recommended!