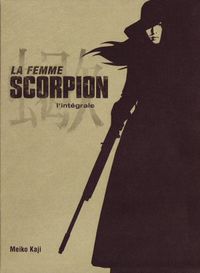 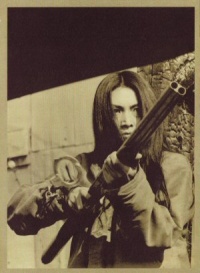 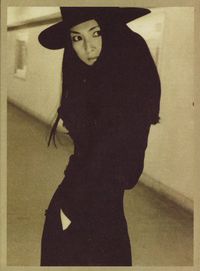 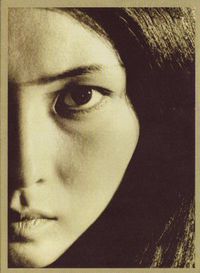 Pathe's 6 Disc Box Set marks the dvd debut for the two New Female Prisoner Scorpion fans. This alone makes the set a must buy to any Scorpion or pinky violence fan. The cardboard box houses a three sleeve digipac, which holds two discs on each page. It's not the most practical choise as the discs could easily get scratched if you're not careful. Below are dvd comments for each individual disc.

Pathe’s presentation for Female Prisoner 701: Scorpion is solid but far from perfect. First of all the running time suggest the transfer has been converted from a NTSC source. It is interlaced and features lots of ghosting, but myself I didn’t notice any flickering (which is usually visible on conversion dvds). I’m not an expert on this, though. Otherwise it seems that the source material is the same as on the R1 and R2J dvds, but this transfer is slighty darker and contrast boosted. It loses some detail in both dark and bright shots. But ultimately this is a rather good looking transfer, and many casual viewers won’t see a huge difference compared to the R1 dvd. Audio is clean. French subtitles are offered, and they are optional. The picture gallery is very good and quaranteed to please the fans of the film.

The Jailhouse 41 dvd is the most interesting for the first four dvds, due to the poor treatement the film has received from most other companies. Pathe uses the same source material as the old French dvd by Studio Canal. The progressive transfer has however been newly remastered. The burnt in subs, which appeared on the old disc a few times, have been removed and replaced with removable subtitles. The image is clear, but has a slight blue tint. This is also a Native Pal transfer, unlike the rest in the box set.

Compared to the Japanese release this dvd sharper and doesn’t suffer from copping like the Toei disc. However, personally I think Toei’s superb colour and brightness level are more faithful to the film’s mood and visual details. However, I know there will be people who disagree with me, and if the cropping on Toei bothers you, then this is the Jailhouse 41 dvd to own.

It has to be mentioned that, just like the old French disc, Pathe’s release also is slightly cut. The prison yard rape scene is missing the last 12 seconds. It is non-explicit footage, and I believe it was cut by some smart ass because those 12 seconds feature no audio... which seems like an obvious stylistic choise from the director if you ask me...

The Beast Stable dvd looks almost identical to its R1 counterpart, although it’s a bit softer. The interlaced transfer also originates from a NTSC source.The sound quality is also notably worse than on the R1. On the positive side the photo gallery features once again some excellent production stills that should please the fans.

Grudge Song is where things go seriously wrong; Pathe's dvd is a total disaster. The interlaced and NTSC to PAL converted picture looks horribly boosted. While it makes some of the dark scenes look cleaner much of the detail is lost. The negative effect is twice as strong in bright scenes, and for example skyline often shows zero detail. Colours are also lost in the bright scenes. As if the picture wasn't bad enough, the audio is also weak (notably worse than on the R1 dvd).

Thankfully Pathe did much better job with the New Female Prisoner Scorpion: #701. The transfer appears to be converted from a NTSC master, although myself I didn’t notice any severe flickering during camera pans. The contrast level is set too high, but it doesn’t cause awfully serious problems. The colours are very good and brightness level seems okay. The audio is slightly harsh a few times but perfectly adequate.

The presentation for the final film, New Female Prisoner Scorpion: Tokushu-bo X, doesn’t differ much from New Female Prisoner Scorpion: #701 although the transfer is better. Basic problems remain – interlaced and not from a native PAL source – but the problems are less visible than expected. There’s still some boosting, but the colours and brightness seem very good. The image is also nicely sharp. On smaller screens this transfer should look quite nice. The audio features no problems. The excellent original trailer is included, and the picture gallery is of high quality as with the other discs in the box set.