Karate Bear Fighter (1977, Japan) is a Martial Arts film directed by Kazuhiko Yamaguchi. It follows Karate Bull Fighter and is followed by Karate For Life. 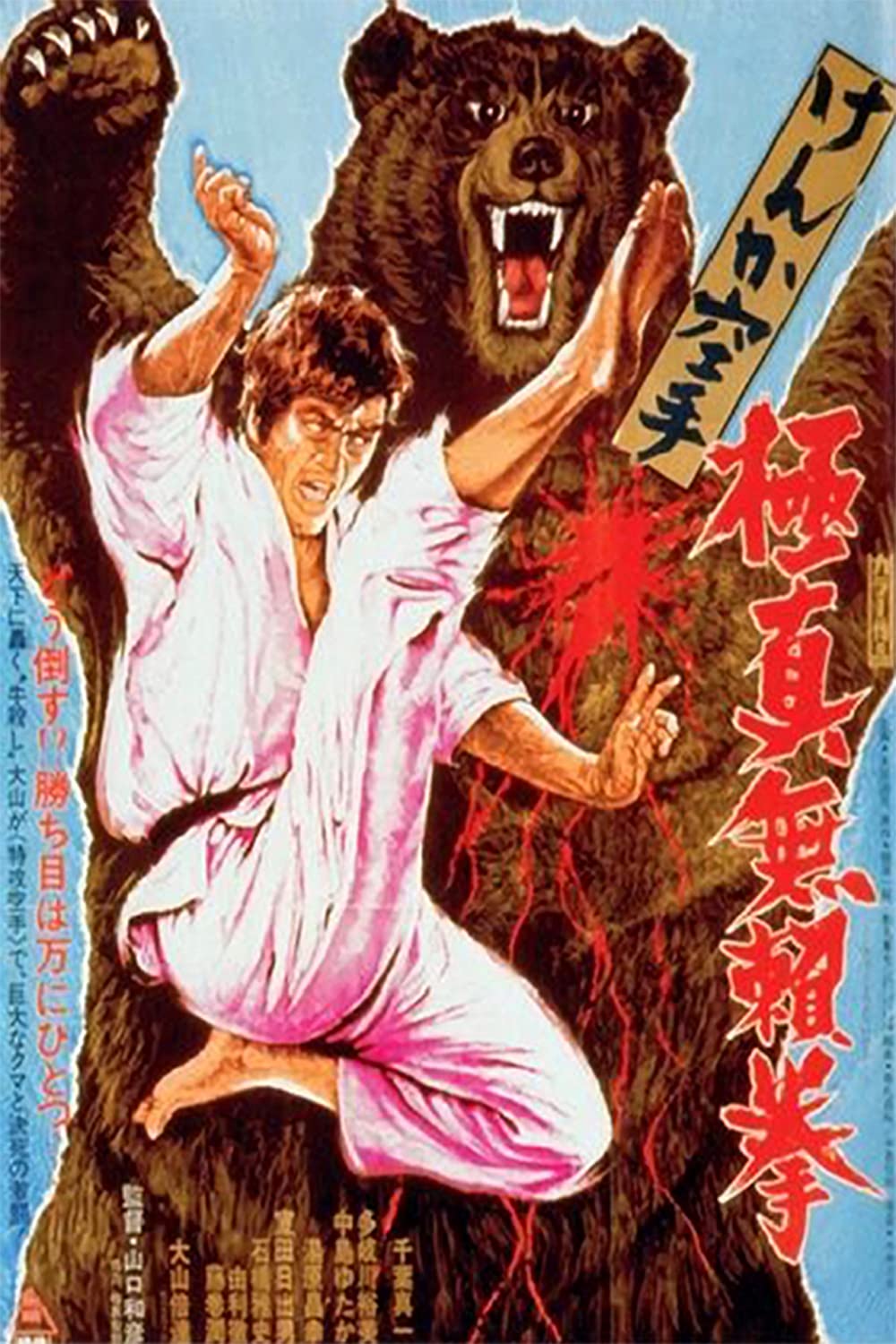 Karate Bearfighter, Kenka karate kyokushin burai ken?, literally "Fighting Karate-Brutal Ultimate Truth Fist") is a Japanese martial arts film made by Toei Company in 1975 and directed by Kazuhiko Yamaguchi. It is the second installment of a trilogy of films based on the manga Karate Baka Ichidai (literal title: "A Karate-Crazy Life") by Ikki Kajiwara, Jiro Tsunoda and Jōya Kagemaru. Sonny Chiba reprises his role from Champion of Death as Masutatsu Oyama, the historical founder of Kyokushin karate in Japan (Oyama makes a cameo appearance in the film as well). Chiba was an interesting choice for the role, as he had studied martial arts under the real-life Oyama for several years. True to the film's title, at one point in the course of the narrative he battles a "bear", actually a human actor in a bear costume. (Wikipedia)