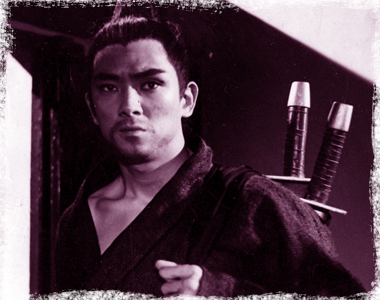 Jimmy was a former ROC soldier and Hong Kong swimming champion, as well as a racing car enthusiast, before he began working at the Shaw Brothers Studios in 1963. He gained popular notoriety when he starred in the Shaw Brothers Studio's martial arts film, The One Armed Swordsman directed by Chang Cheh, in 1967. He made his directing debut with The Chinese Boxer in 1969, which he also starred in. It is credited with being the very first Hong Kong martial arts film that started the open hand kung fu genre that took Asia by storm in the 1970s. From 1965 to 1971 (when Bruce Lee appeared), Jimmy was the most popular action star in Hong Kong. Jimmy went on to star in several notable films including One Armed Boxer (1971), The Man From Hong Kong (1975) and Master of the Flying Guillotine (1976) which he also directed.

Although Jimmy does perform "movie kung fu" in his films, he was originally not a true student of the martial arts like Bruce Lee was. Much of the fighting in his films stems from a more acrobatic background. Jimmy was also known for creating wild action sequences featuring outrageous characters with special skills and weaponry such as "the flying guillotine". Jimmy's role in The One Armed Swordsman which was itself influenced by the Japanese samurai film "Zatoichi" (about a blind hero), inspired Jimmy's own handicapped character: the one armed boxer.

In the kung fu-comedy spoof Kung Pow: Enter The Fist (2002), Director-Actor Steve Oedekerk digitally placed himself into Jimmy's 1976 film Tiger and Crane Fist. He also redubbed all the major voice parts himself. The end credits feature original film footage with Jimmy and he is thanked as well.