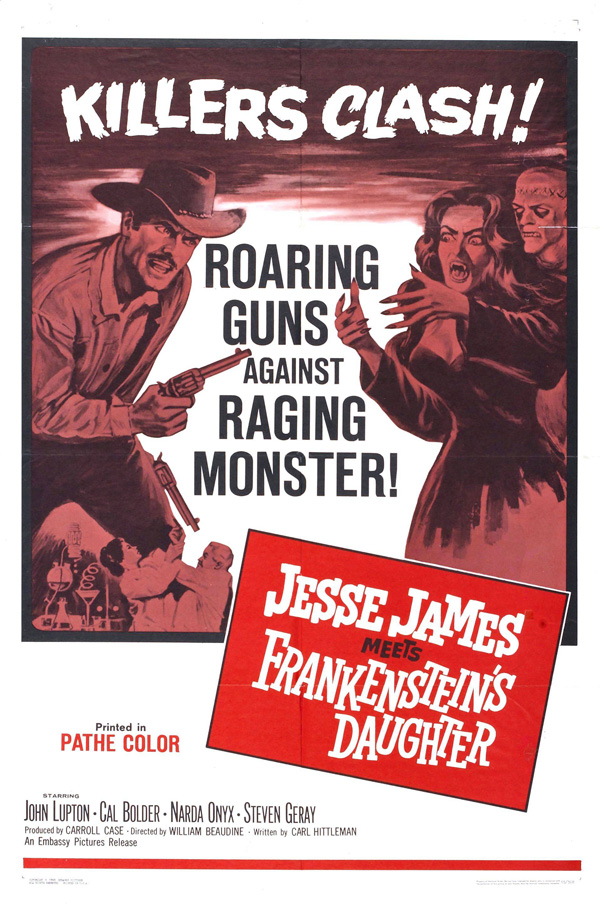 Jesse James Meets Frankenstein's Daughter is a low-budget western/horror hybrid film released in 1966, in which a fictionalized version of the real-life western outlaw Jesse James encounters the fictional granddaughter (the movie's title notwithstanding) of the famous Dr. Frankenstein. The film was originally released as part of a double feature with Billy the Kid vs. Dracula in 1966. Both films were shot in eight days at Corriganville Movie Ranch and at Paramount Studios in mid 1965; both were the final feature films of director William Beaudine. The films were produced by television producer Carroll Case for Joseph E. Levine. (Wikipedia)