Father Tom Farrow (Fritz Weaver) is beleaguered by a longstanding family curse which makes itself known via a Satan-possessed King Cobra snake. The snake’s victims are random but the mark of the devil is always apparent—giant facial craters and gashes. It’s quite a bloody challenge for a dusty Alabama town. 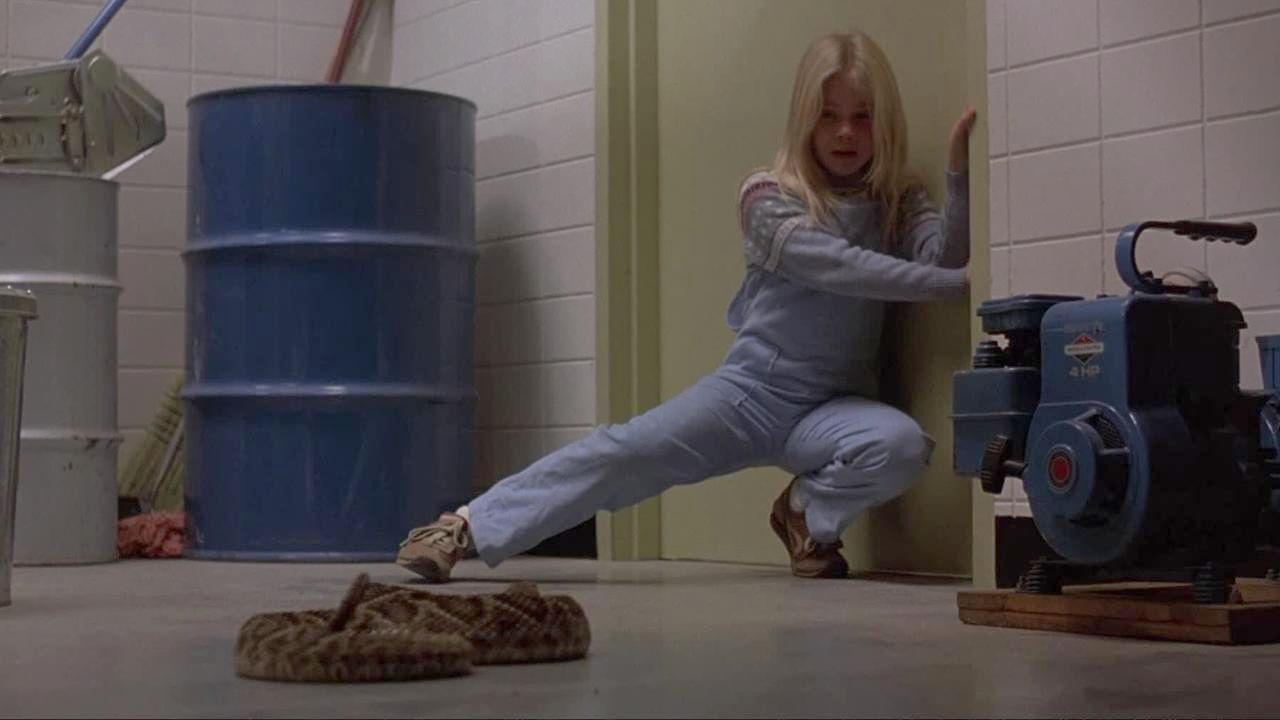 Dr. Maggie Sheridan (Gretchen Corbett) tries in vain to convince the townsfolk of the growing danger—this devil snake also possesses the power to heard other snakes to exact its lethal dirty work. A colleague, Dr. Paul Hendricks (Jon Korkes), takes both a professional and personal interest in Maggie. It’s a good thing, too, because he’s on hand to save her when the Satan cobra sends a rattlesnake into her bedroom to kill her! 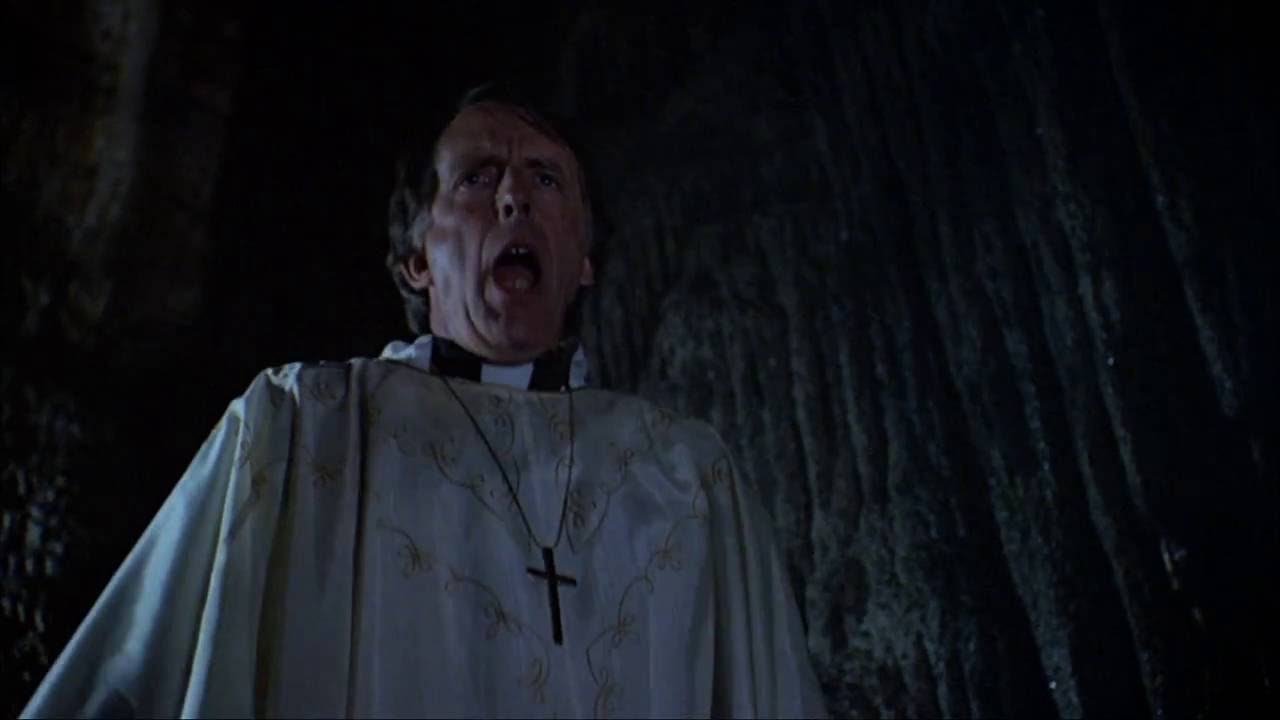 Directed by TV perennial Bob Clever, Jaws of Satan has an attractive, quick-moving Movie-Of-The-Week feel that serves Gerry Holland’s appropriated screenplay well. The eclectic mix of characters include an apparently not so good clairvoyant—she can’t see her own imminent demise, named Diana (Evelyn Downs); a bumbling but well-meaning Sheriff (John McCurry); and the learned Monsignor (Norman Lloyd), a man of the cloth determined to break Father Farrow’s curse and end the devil snake’s marauding reign. 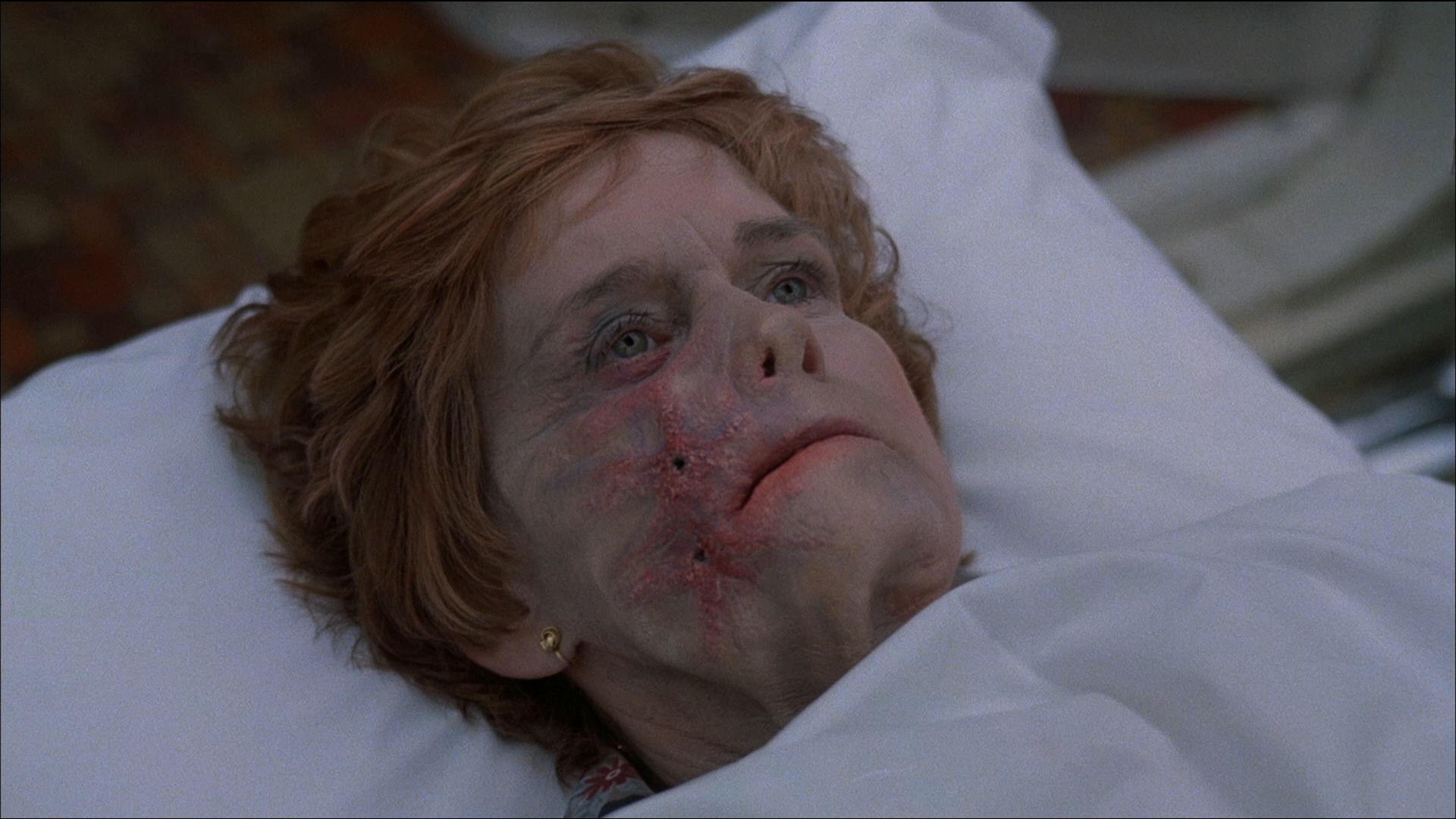 Engaging soundtrack, committed performances and a professional presentation (just ignore the light reflecting plastic case the snake is in when interacting with the actors) deliver the viewer to a fiery, cathartic climax. Jaws (the word’s in the title) and the Exorcist meet Frogs.