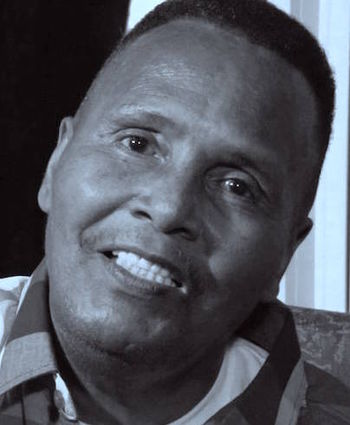 An early pioneer—one of the very first successful African American director/writer/producers, Jamaa Fanaka's Hollywood success story is a most unusual one. Decades before Moonlight became the first (and only) African American film to win a Best Picture Academy Award, Jamaa Fanaka was making “best pictures” for the exploitation and blaxploitation movie market.

Fanaka’s incredible successes began with two films: Welcome Home Brother Charles AKA Soul Vengeance (1975) and Emma Mae AKA Black Sister's Revenge (1976): both films were completed while Fanaka was a student at UCLA. It’s safe to say that most student films aren’t usually picked up and released theatrically, but independent studios saw merit in Fanaka’s pictures and, after a bidding war, Crown International Pictures got the distribution rights for Welcome Home Brother Charles and Pro International Pictures acquired Emma Mae.

1979’s Penitentiary catapulted Jamaa Fanaka into the stratosphere. A slice-of-life prison drama that built on the inroads made by the previous years’ award-winning documentary film Scared Straight, Penitentiary (also completed while at UCLA) topped critics’ lists, won acclaim at the Cannes Film Festival and became a box office smash. It also became one of only three blaxploitation films—Shaft and Uptown Saturday Night being the others, to be followed by not one but two films: Penitentiary II (1982) and Penitentiary III (1987).

Jamaa Fanaka passed away on April 12, 2012 due to complications related to diabetes. He was 69. Here, for the first time, is a re-publishing of an interview I did with Jamaa Fanaka for my book Blaxploitation Cinema: The Essential Reference Guide. My memories of spending time with Jamaa are all good. He was verbose, funny, honest and deeply appreciative of my serious consideration of his work. Mr. Fanaka made quite an impression on me.

An Interview with Jamaa Fanaka conducted by Josiah Howard 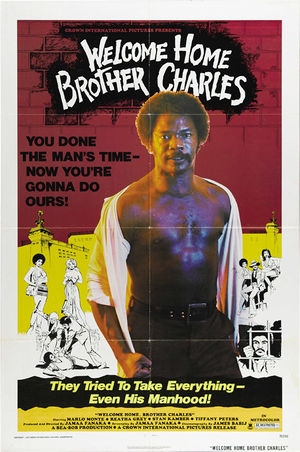 There were very few African American directors working in the 1970s. How did you make your entrée into the film industry?

It just sort of happened. My family and I lived in Compton, California. After a brief stint in the Air Force I got out and didn’t have a clue as to what I wanted to do with my life. I knew I wanted to make money but I just didn’t know how. Then one day I saw a sign that was advertising an open-house outreach program at UCLA. I signed up and took it from there. At first, I was much more interested in writing—I still love to write. But part of the UCLA program was that you had to make a short film. I wrote, directed and starred in a short and then started thinking that maybe I should put my energies into directing too.

Yes, it was. That was the second film project we had to do as part of the program at UCLA. Usually students made a ten or twenty-minute film, but I decided to go ahead and do a full-out feature length picture—and that turned out to be Welcome Home Brother Charles.

Tell me a little about the controversial subtext of the film.

I was very interested in the myth that has been thrust upon the black man—that of the black man’s sexual superiority based upon the size of his penis. I don’t believe that it serves the black men well to have people thinking that his most valuable attribute is between his legs. With Welcome Home Brother Charles I wanted to show that the relentless focus on the size of the black mans penis has, throughout history, hurt everyone—both the people who focus on it as well as the black man himself, who, in response to all the sexual attention, often begins to neglect his many other fine attributes.

How did “Emma Mae” come about?

That was the second feature length film I made while I was at UCLA. The story was inspired by my cousin Daisy Lee. When I was about twelve years old my family moved from Jacksonville, Mississippi to Los Angeles. Daisy started coming and spending the summer with us when she was about eight. Though she was young and not hip to the ways of the big city she was very worldly and very tough. But as tough as Daisy Lee was, she also had a tremendous love for her family and friends, and that impressed me greatly. Emma Mae is her story. 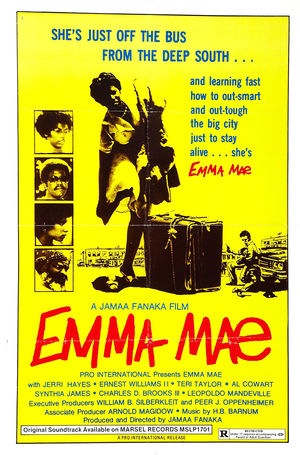 “Penitentiary” is your best-known film; or should I say films! How did it come about?

It was my Master Thesis—can you believe it! I had three theatrically released films out before I had even finished school. I don’t think anyone else has ever accomplished that.

What was it about the story that interested you?

My parents used to tell me that no matter how formidable any given situation is, God has given each and every one of us the inner resources to deal with it. That got me to thinking about what would be the most challenging situation imaginable. Being locked up for something you didn’t do has got to be at the top of the list. That was the story I was interested in telling.

Is it safe to say, given that “Penitentiary” became a franchise, that the film—and the films that followed, are your biggest achievement?

Yes! The critics loved Penitentiary. It got all kinds of awards, and I was invited to speak just about everywhere. I remember that at the time the movie was in theaters, the word was going around that the crime rate had dropped something like 50% in the Los Angeles area. I’m not sure if that’s true, but the point is that the story in Penitentiary spoke to a lot of young, poor, black men. The primal reality of prison life was brought home to them in a very realistic way.

How were you able to write with such knowledge of the prison experience?

Well, though I’ve never spoken publicly about it before, when I was younger I served six months for being involved in a fight that broke out while I was playing dice. I did my time in Philadelphia, and while I was incarcerated I saw first-hand all the personality types that you see in the film. What I was struck by most was the fact that no matter what your role was in society, you had to play by a whole different set of rules while behind bars. The dumbest person you meet on the street can be the most powerful and influential person behind bars. 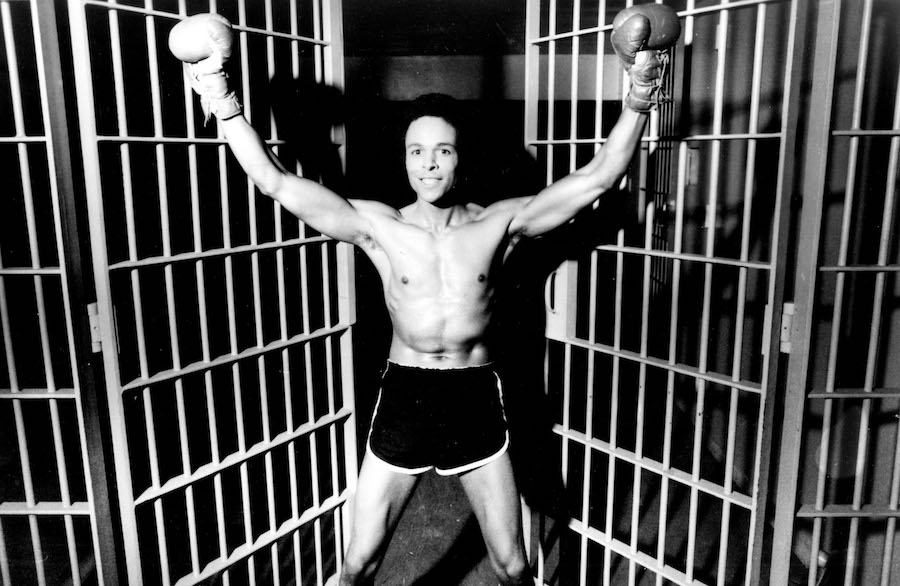 Leon Isaac Kennedy as Martel "Too Sweet" Gordone in Penitentiary (1979)

Was boxing really such a large part of prison life?

Absolutely. Most of the guys who entered these boxing tournaments did so just to escape the drudgery of day to day living. They thought they were going to get to just kind of fool around for a while in the gym. Of course no one wanted to hear about the payment due at the end—each of the guys who participated in the program had to fight in a tournament. Two minutes in the ring seems like a lifetime when someone is swinging at your head!

Your films are very politically conscious. Was this something that was important to you?

Yes, it was. My father was a very politically minded man. He was very affected by the fact that blacks were not allowed to vote down in Jackson, Mississippi. To him that was an outrage. The truth was that he knew more about the political candidates of the day, and their various platforms, than the white people who had the right to vote. So at a very early age I was made aware of the politics and injustices around me. My father was a great inspiration to me. He was the kind of man that didn’t have to say “Do what I say” he could say “Check out what I do and decide for yourself.”

What did you think of some of the other successful blaxploitation films?

I thought “Now, finally, Hollywood realizes that we can do it.” But more importantly I thought “Now, finally, we realize what we can do.” I likened the success of blaxploitation films to the success of Motown Records. Motown gave the world some good popular music, but, in my opinion, the bigger service they provided to blacks was that they taught us how to lead behind-the-scenes. We learned how to engineer; to produce; to manage; and to hone and effectively market our unique talents. We moved from being showmen to being masters of our own destiny. 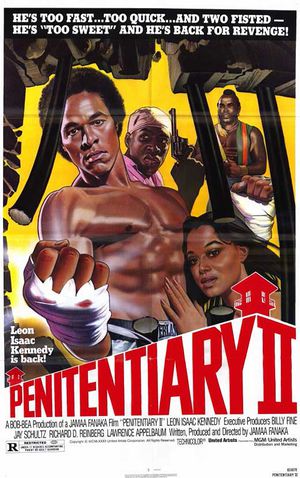 Was racism a part of your experience while in Hollywood?

Of course; and I must say that I found it very strange. It was like a person telling themselves a lie when the truth would actually help them. This was the reason I brought a lawsuit against the Director’s Guild in the 1980s. It was a five-year affair and I eventually lost, but I held my own and I believe I brought attention to the great discrepancy in the hiring practices and opportunities made available to blacks. When blaxploitation films were no longer en vogue, Hollywood slammed and locked all its doors. My lawsuit was about trying to get those doors back open again.

What inspires you now?

Right now I’m finishing up a film on Hip Hop. I really champion the movement because, in many ways, Hip Hop artists are going through the same thing that I went through thirty years ago. I made my films despite Hollywood and they are making their music despite the recording industry. Perseverance is the key.

Gordon Parks refused to talk to me because he finds the term “blaxploitation” derogatory. As an African American filmmaker, what do you think of the term?

I think that at one time it may have had a negative connotation, but that has all been turned around. We (blacks) have reclaimed it. Certainly the young kids today don’t find anything negative about the term. To them it references a major change in Hollywood—a time when blacks said “what they can do—we can do too.”

Why do you believe the blaxploitation movie boom came to such an abrupt end?

Well, that’s a really good question. I have a feeling that Hollywood just used the pictures to help them get back on their feet. Once they had moved away from bankruptcy—because most of the big studios were having real financial troubles in the 70s—they no longer had any interest in making the films.

Why do you believe the pictures are enjoying a renaissance?

The main reason is the autonomy we have gained through the Hip-Hop revolution. Nobody thought that Hip-Hop Hop music was going to make it. They thought it was going to go the way of Break Dancing. When Hip Hop music not only endured, but prevailed, it created a renewed interest in black popular culture, past and present.

As a man who helped pave the way for others. I wasn’t the first. Every person who effects change owes a debt to someone who came before them. I’d like to be remembered as a man who helped keep the ball rolling.