Dinah Hunter (Yvette Mimieux) has trouble on the job. One day she gets home early after a fight with her boss, and finds her boyfriend with a topless girl in the house. He tries to explain, but she isn't dumb. She calls an old friend from New York who she worked with back in the day. Dinah gets her old job back. Now she's leaving LA and wants to drive to New York by car. Dinah makes a pit stop, has a coffee and the bartender tries to cheat her on the change. Outside she sees a young couple (the female is pregnant - they faked it), and she takes them with her. The couple steals her car and hits Dinah with a gun until she falls on the ground. She wakes up and runs to a local bar, she wants to call the police. The bar owner allows her to make a phone call, but the number he gives her isn't the right one. He then tries to rape her (no luck cuz a cop comes in). Dinah tries to explain but in this Hillbilly town the cops don't believe her and put her in the Jackson County Jail. The Sheriff is very gentle to her, tells her the next morning she will be released. Her cell mate is Coley Blake (Tommy Lee Jones). Sheriff Dempsey (Severn Darden) leaves for the night and his deputy takes over on the nightshift. 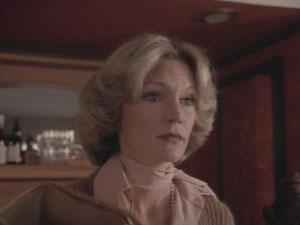 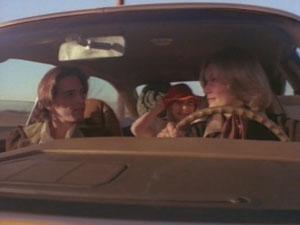 He goes often to the cells, bringing food (for both), bringing her a magazine but suddenly he's got a weiner (not what y'all think) in his hand and tries to flirt with her (he must think that's a nice way to flirt with a woman). She can't believe it and tells him to go away. Later on she and Coley are trying to sleep and the deputy comes back into Dinah's cell. Guess what? He rapes her. Coley sees everything but can't help her. The deputy feels sorry after that but Dinah is so depressed, she takes a chair and beats him to death. Meanwhile Coley Blake gets the keys, escapes and takes her with him. She's now a Cop-Killer. 'Nuff said about the story. You need to see for yourself the rest of the movie. 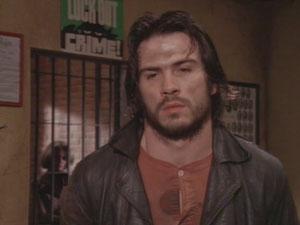 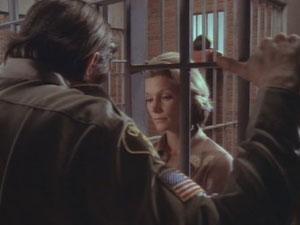 Roger Corman was involved in the movie as an Executive Producer. The first 35 minutes were boring. But then the movie got on the right path. I liked the rape scene because it was so real, and such a scene that looks real on the screen you only can do with actors that really know how to act. Respect! Yvette Mimieux and Tommy Lee Jones (damn he had muscles back in the days) were great. Great acting in this exploitation movie (I would call that: Acting-ploitation). Recommended.