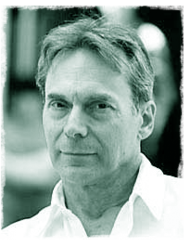 Jack Hill was born on January 28, 1933 in Los Angeles California. Jack grew up around the movies since his father was a set designer at First National Studios in 1925. He attended college at the University of California to study film, where he was a classmate of Francis Ford Coppola. Jack's early work in film was writing some extra scenes and directing part of Coppola's first black and white unfinished feature for Roger Corman called Dementia 13 in 1963. He later began directing his own films, working in several genres including Horror, Women in Prison action-adventures, Cheerleader comedies and Blaxploitation-Crime movies. In the 90s his career was championed by Writer-Director Quentin Tarantino who nicknamed him the "Howard Hawks of 70s Exploitation Cinema". Some of his most popular cult classics are featured in this introductory film guide.

Jack Hill stands as one of the great B-movie directors and influenced an aspiring filmmaker named Quentin Tarantino. The director who gave the world Coffy, Foxy Brown, Spider Baby, Switchblade Sisters and other exploitation classics broke gender and racial barriers in his low-budget work. He launched the careers of Pam Grier, Ellen Burstyn and Sid Haig and worked with Boris Karloff and Lon Chaney, Jr.. in the twilight of their careers. This filmography covers all of Jack Hill's works. Each entry offers alternate titles, cast, credits, a plot summary, extensive critical information, quotes, and an interview with Jack Hill about that particular film. (Google)