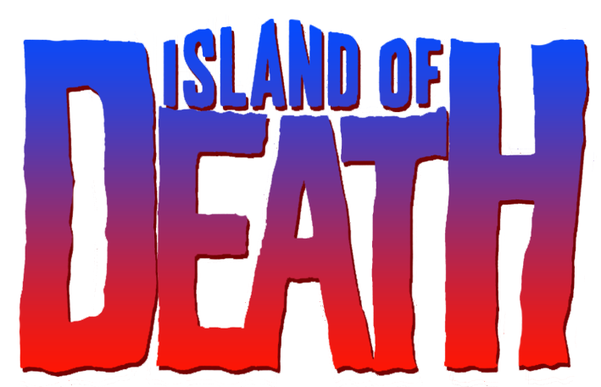 Sometimes there are movies that should not have appeared on the Video Nasties list, like Driller Killer. The killing scenes consist of about 5-10% of the whole movie since it's a more of a psychological thriller than a typical Slasher film. But there are many films that do deserve to be on the list and Island of Death is one of them.

First, I have a problem with the opening credits. According to IMDb, "The original opening titles for the film were long and very basic, consisting of the credits on a white/grey background, with a camera clicking sound when moving from one credit to the next". Unfortunately, my copy has the new opening credits that was made by a modern computer. It shows the names of cast and crew in a typewriter style. Why does it have to be changed? I don't know, but the original one seems to be a LOT better...I'll explain later about it. 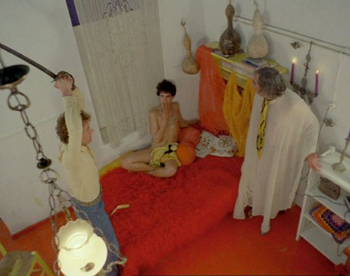 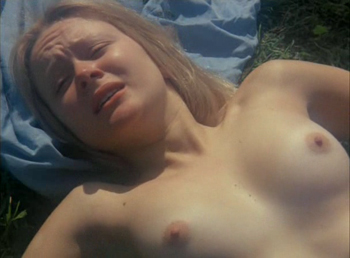 By the way, the plot is about Christopher and Celia, a young British couple who decide to go to a small and really beautiful Greek island to kill lots of people that represent different "sins". Just imagine if Jules Winnfield (from Pulp Fiction) became a serial killer. Well Island of Death is pretty similar to that idea. Before Christopher kills anyone, he will tell him/her the religious reason. Their victims include an artist (who got lured by Celia to have sex), a gay couple, a lesbian couple and a cop who tries to catch them. Honestly, some people don't deserve to die at all! For example, an artist? Christopher and Celia meet him at a restaurant. Do you know what Christopher says? "Look at that guy, he's a dirty bastard". What the hell is this? The artist doesn't do anything at all and you want to kill him? Anyway, we have a big moral dilemna here. The couple decide to kill "sinners" but then they have premarital sex together! Isn't that ironic?

The story is told in a very interesting way. We have two plot motives going on. First, a red book. In the beginning Christopher tries to warn Celia "Don't read the book, it will bring bad luck to us". Apparently, since the story is told in flashback, we see the red book and Christopher who's about to die. This causes the audience to want to find out more about their story. Another plot motive is a camera which they use to take photos of their victims. That's why when it cuts to another scene, the screen will go black and the sound of an analog camera clicking can be heard which gives the "photo diary" aspect of the narrative. That's the main reason why I prefer the old opening credits to the new one. 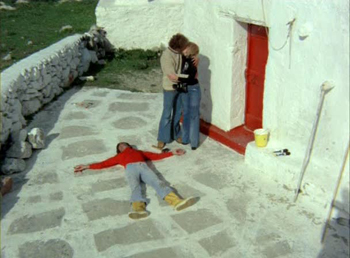 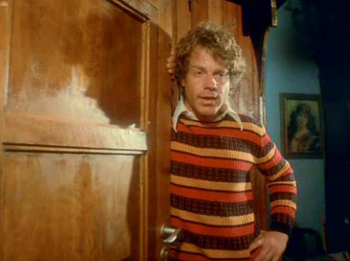 There are scenes that are supposed to be disturbing, but many viewers find them laughable. I'll give you two examples. First, the goat sex scene. Celia refuses to have sex with Christopher, so he goes out, walks in the park, and does what most people do....has sex with a goat! Seriously, I laughed out loud and cringed at the same time when I watched this although it's the second movie that I've reviewed on this site (First one is Brutes and Savages) that featured an animal sex scene. Then, he kills the poor goat. Why?! Another infamous scene is when Christopher is about to have sex with some old woman. He literally pisses on her! And the result? She's aroused and decides to have sex with him. That also sickens me and makes me laugh at the same time.

In conclusion, this film is no masterpiece but makes a really good effort to tell a story in a very stylish way, plus it has lots of gore and "disturbing" scenes. Unfortunately, the version I saw was trimmed by a few minutes. Please watch the full uncut version on Blu Ray if you want the full experience.