Investigation of a Citizen Above Suspicion

Investigation of a Citizen Above Suspicion (1970, Italy) is a Italian Crime film directed by Elio Petri. 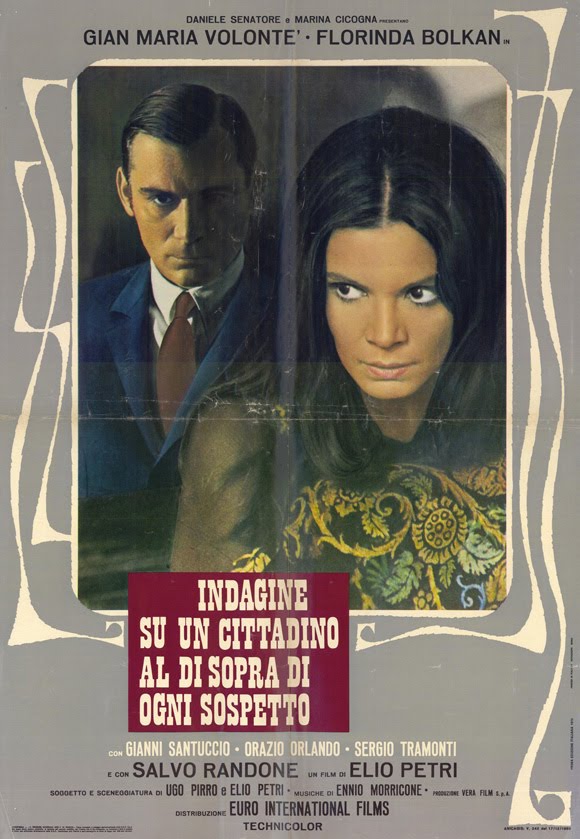 A highly regarded Italian police inspector (Gian Maria Volonte) murders his mistress, only to become part of the homicide investigation that follows. The inspector proceeds to plant clues at the crime scene as his fellow officers either ignore or fail to recognize his obvious tampering. But all is not as it seems. While the killer may have an inside track on fabricating his own innocence, he also seems to be testing the competence and integrity of Italian law enforcement.