Invasion of the Body Snatchers 1978/Review

< Invasion of the Body Snatchers 1978

There's a very interesting theory about many alien invasion subgenre films from the 50's-80's era: they consist of subliminal messages about communists. Alien invasions in these films were depicted as the invasion of communists and many characters that would be considered "inhuman". There are many films in this category such as the 1956 original as well as the remakes of The Thing From Another World and Invaders From Mars 1953.

The gelatin aliens in this 1978 remake conquer the world by duplicating living creatures on earth. Those who are duplicated (while they are asleep) will be emotionless so "they" will create a tightly organized, conformist society. Matthew, Elizabeth and their friends have to find out and stop this chaos that's going on in San Francisco. 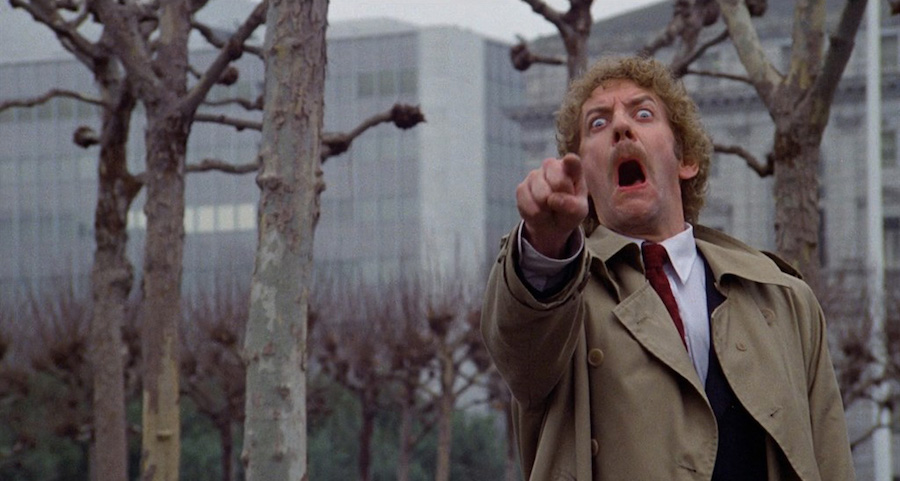 The pacing is slow but very effective, because it has a lot of tension and a paranoid atmosphere. You have no idea who's alien or not, just like in real life you don't know who's a communist or not. Since this film is PG-rated, blowing the aliens' heads off was not the main solution. The characters have to deal with it in a realistic, non graphically violent way. Also, the soundtrack is kinda minimalistic but very haunting.

Another thing I like to mention is the cast, there are an actor and actress I'd like to talk about. First, Leonard "Mr. Spock" Nimoy. He's the one that makes viewers uncomfortable because he denies the existence of aliens (although we, the viewers, see it's true) and has lots of arguments with other characters. The actress here that I love is Veronica Cartwright who's perhaps best known as Lambert in Alien (my favorite character in that film). Here, she plays a similar frantic woman who's scared of the aliens, but she's brave enough to fight and knows how to trick them.

Communism is a fairy tale in today's world but are we safe? No. We have corrupted officials, terrorists, criminals etc. all around us. We still don't know who's who anymore. And since we have hackers that steal our information and "duplicate" our IDs, this movie is still very relevant and scary.