If Footmen Tire You, What Will Horses Do?/Review 2

< If Footmen Tire You, What Will Horses Do? 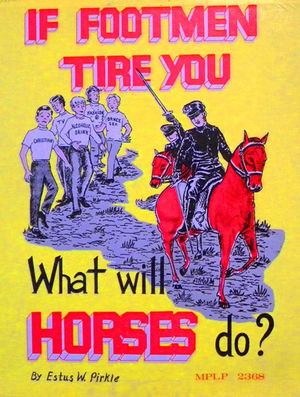 When it comes to exploitation films, what usually comes to mind is Carsploitation, Zombie films, Kung-Fu, Cannibal films, Macaroni Combat, etc. But there’s one genre that we rarely hear of: religious films. Yep. Back in the classic exploitation days, there were many religiousploitation films (or Godsploitation…or Jesusploitation) from Christian organizations. Hell (no pun intended), do you know that Orson Welles narrated the “documentary” called The Late Great Planet Earth back in 1979? It’s about doomsday according to the Bible. We’ll get into that later since this is a review of If Footmen Tire You, What Will Horses Do?

To be honest, the first time I heard about this film was when I listened to lots of albums from SST Records, the legendary indie record label. One of the records is Negativland’s Escape from Noise. The most memorable track is called “Christianity Is Stupid”. Basically, it’s just one piece of dialogue that plays over a cool industrial/rock track. The dialogue In question is “Christianity is stupid…communism is good.” The line is so goofy and I realized that it comes from this propaganda film from 1971. They deliberately put it out-of-context to make fun of the rise of Christians Conservative and Televangelists in late 80’s. Wait a minute, did I say “the rise of Christians Conservative and Televangelist”? Well, the 2016 election is coming and at this point I think I don’t have to tell you anything about candidates from two parties (especially the ones from THAT party), but is this film still relevant? I had no idea about that until I watched the whole film today.

The film begins with a claim that everything that happens in it is taken from “actual events in Russia, Korea, China, and Cuba”, but they decided to let them happen in America to terrif- I mean “inform” viewers. And by inform I mean they present that “what if” situation in which Communists conquer the country. According to this film, hundreds of people will get shot, kids will get captured by police (is this a Marxism or pedophilia?) , be forced to work six-days-a-week, etc. The solution is *drumroll* GOD! Hallelujah! That’s right. This movie is a combination of event re-enactments and preaching from the producer and Baptist minister, Estus Pirkle. He warns us that teaching sex education leads to amorality, TV shows increase the crime rate among kids, movies are too full of sex and violence, dancing is “a front door to adultery” (WTF?!), blah…blah…blah. He also blames kids for not going to church and asks what would happen if Communism killed Christianity in the USA. There’s a hilarious scene in which a communist caricature (seriously, he looks more like a villain from an episode of Adam West’s Batman than a commie) tries to indoctrinate children into thinking that God doesn’t exist by giving away free candy from Cuba. Why does it have to be Cuban candy? I know that the government will get all the factories and run their own but, come on! Local products are cheaper. Another funny scene is when the same commie walks into someone’s house and says that he wants to “spend the night” with the man’s wife. I don’t know whether this was real or not, but this leads to the first problem… 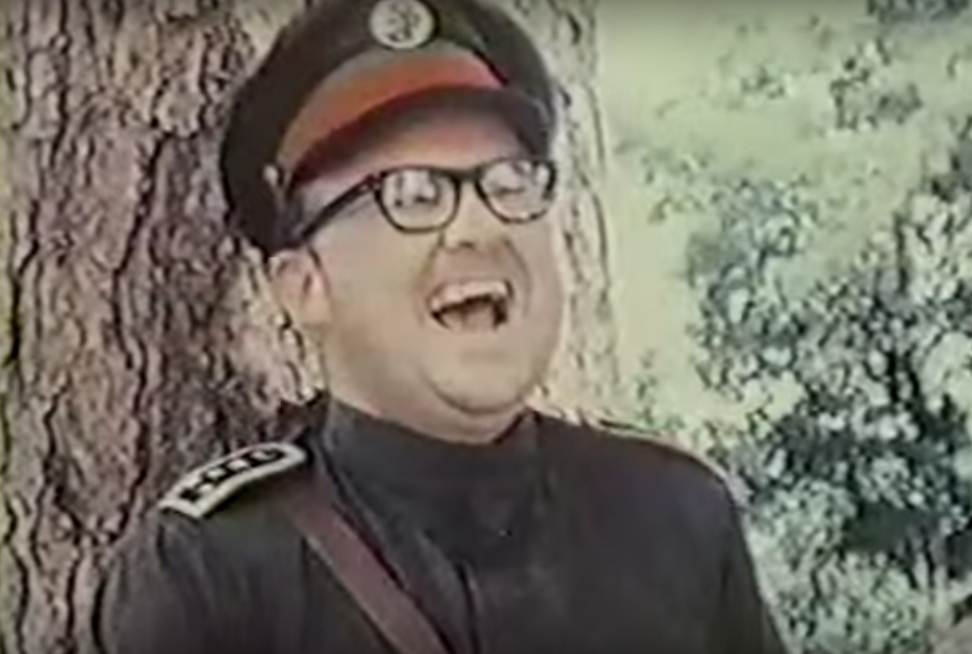 This whole film is about fear-mongering. I don’t consider myself a Leftist but I also can’t stand what modern Republican and Conservative movements stand for. This film is a series of sketches that make you scream “Oh my god. The commies are about to take over!”. It gets old really fast after the 20 minute mark. It’s redundant as hell and the solution isn’t that clear. I mean, I know that Marxism wants to eliminate religions, but how does praying to god save us from those nasty people who want to take our rights and property away? It’s so vague.

The next and probably most outrageous one is the unintentional comedic moments. I know they try to scare us but it fails miserably due to bad acting, bad dubbing, and over-the-top sequences. For instance, there’s a scene that depicts a group of kids trying to run away from commies that ride horses. How can you take it seriously when you see smiles on the kids’ faces? It looks more like a home movie than an actual one. The most notorious scene is when a kid is reluctant to give in the Christian values, so a pissed-off commie decides to cut off the kid’s head. The scene itself is not gory at all. In fact, it looks more like a 5th-graders remake of the finishing moves in Mortal Kombat video game since our good old commie literally pulls the kid’s head and throws it away! And remember the “Christianity is stupid…communism is good.” line I mentioned before? Well, according to this movie, a Communist government will force you to listen to a record that includes this line over and over again. For me, If I was a cruel dictator, I would think it’s much easier nowadays to put subliminal messages into pop culture products like film or music instead of forcing people to do things like this. It’s too obvious and unbelievable for the year 2016.

In conclusion, this film is the product of its time. Communism has been proven to not work in most countries. I know what they wanted to say, but it sums up why many people don’t watch SNL anymore: it should have ended sooner than this 50+ minute piece. If you’re a historian, a McCarthyism enthusiast, or just want to impress your friends while they are drunk, this film is just for you. Other than that, watch at your own risk.