I Deal in Danger

I Deal in Danger (1966, USA) is a Spy film directed by Walter Grauman. 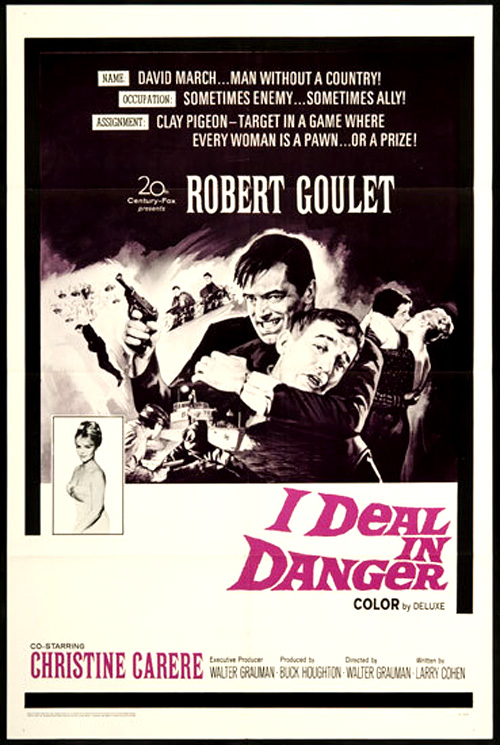 I Deal in Danger was compiled from the first four episodes of a television series, Blue Light, which aired on ABC-TV in early 1966.

Rogue spy David March (Robert Goulet) defects to the Germans in the early days of World War II, but, unbeknownst to his Nazi handlers, he is in fact a double agent feeding information to the United States, which has not yet officially entered the war. While suspicious SS officer Elm (Werner Peters) tests the new recruit's loyalties to the Axis, March infiltrates a secret weapons laboratory with the help of his fellow secret agent, beautiful Frenchwoman Suzanne Duchard (Christine Carère).