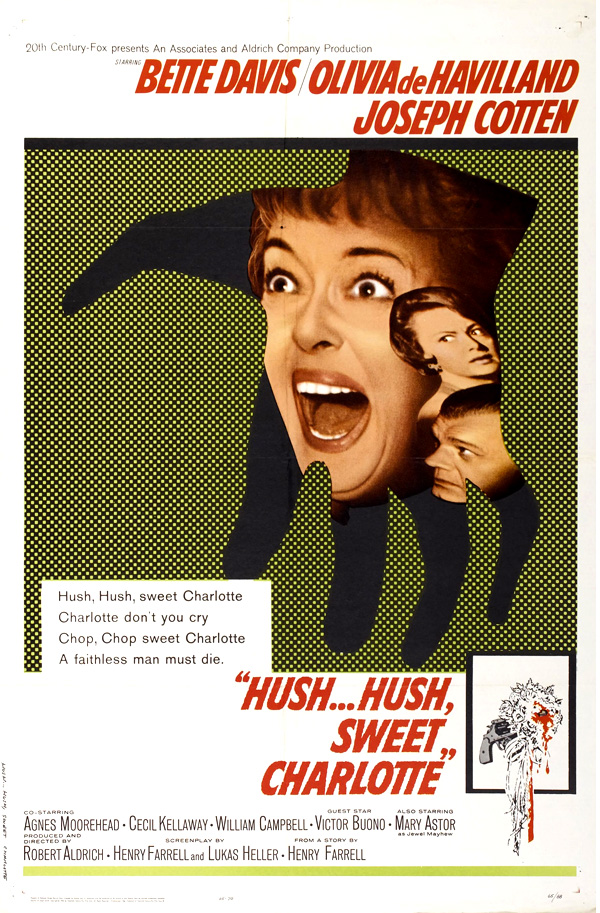 Forty years ago, on the night they were meant to elope, Charlotte Hollis (Bette Davis) found her lover decapitated during a party, the blood on her dress leading everyone to suspect she was the murderer. Now, in 1964, Charlotte is an old recluse and must fight to keep her home. She enlists the help of her cousin Velma (Olivia de Havilland), who was there at the time of the murder. However, soon after Velma's arrival, Charlotte's mind becomes unstable, and she starts seeing her dead lover's head.