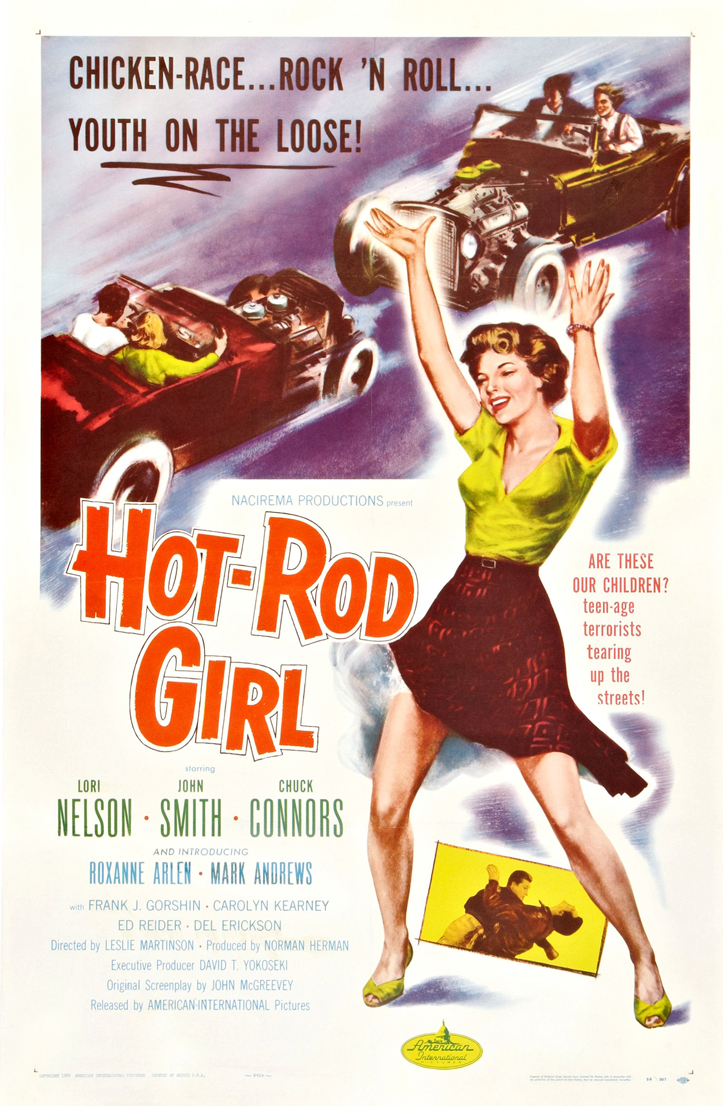 Lisa (Lori Nelson) is worried about her fiancé Jeff (John Smith) after the death of his brother in illegal street racing. Flat Top (Frank Gorshin) and the other hot rodders, who hang out at Yo-Yo’s (Fred Essler) burger joint, only went to the police sponsored dragstrip, because of Jeff urging them, but now he does not want anything to do with it. It is only a matter of time, before Police Detective Ben Merrill (Chuck Connors) has another accident, to clean up, when Bronc Talbot (Mark Andrews) rolls into town and goads them into playing chicken. (Wikipedia)