Hot Potato (1976, USA) is a Martial Arts-Comedy film directed by Oscar Williams. It is the unofficial sequel to Black Belt Jones. 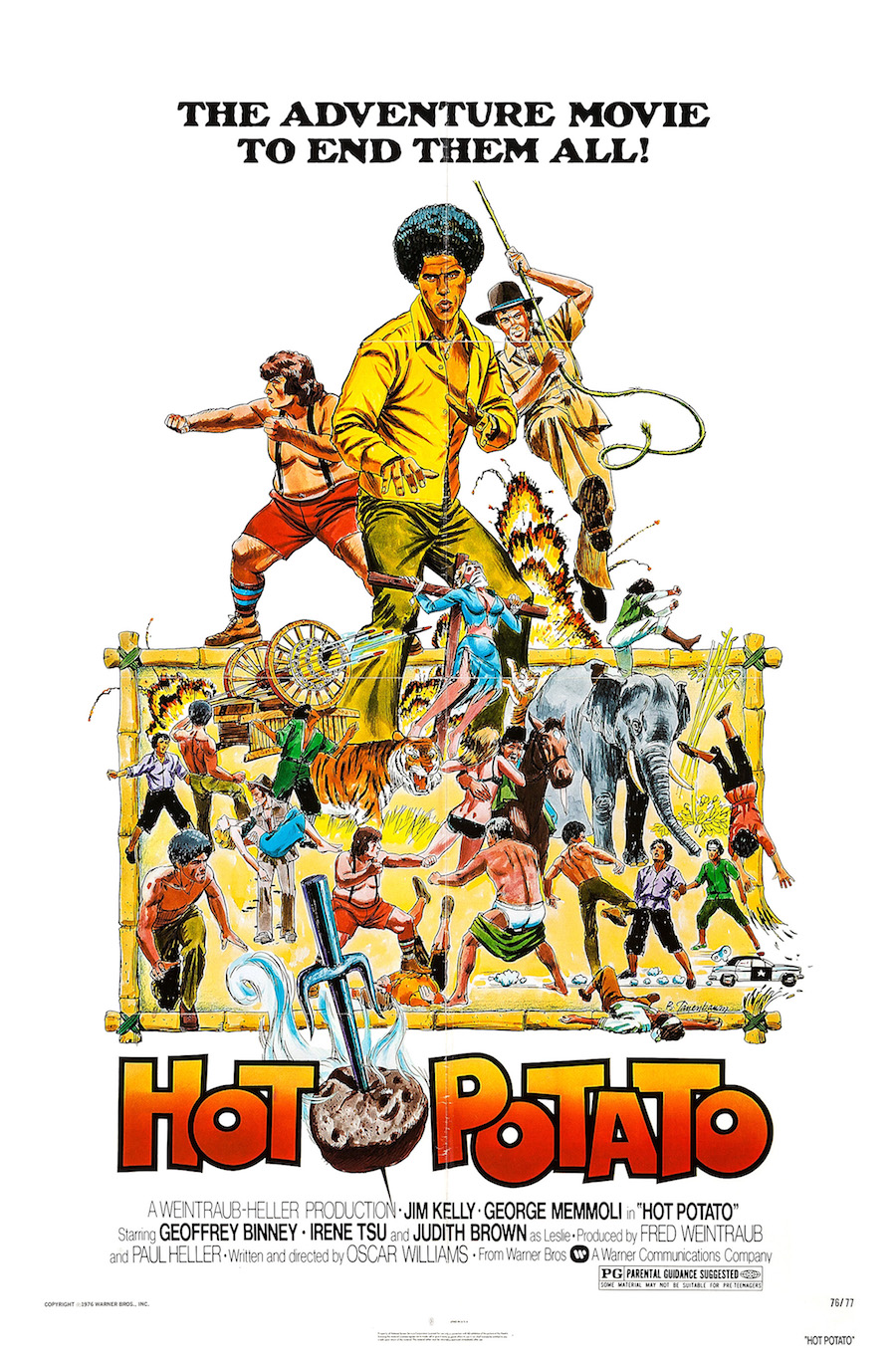 Hot Potato also known as Twist the Tiger's Tail is a 1976 action film written and directed by Oscar Williams. Hot Potato was filmed on location in Chiang Mai, Thailand. It is a follow-up to Black Belt Jones. Hot Potato and films like it entertained the same audience as the popular black films of the early seventies i.e. Super Fly, Shaft, and Black Caesar which were opposed by the activist organizations NAACP (National Association for the Advancement of Colored People) and CORE (Congress of Racial Equality). However, such films also provided an international audience. This phenomenon meant the same amount of money could be invested to make a film with less political hassle and more profits. (Wikipedia)