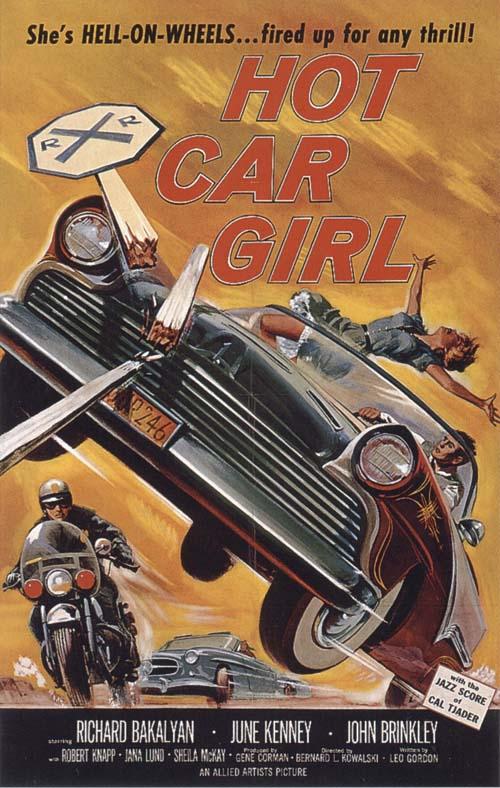 Seeing Hot Car Girl in a four-walled playoff in 1958 gave the audience the sense that they were witnessing something clandestine and taboo. Duke and Freddie are two friends who steal car accessories. Duke's girlfriend Peg attempts to dissuade him from this lifestyle. Angered, he taunts her with another girl, Janice, who has driven up alongside him, and they have a race. A motorcycle policeman who is chasing them is killed when he crashes into Janice's car, and she is arrested. Duke, who has driven off, paints his black car light blue to escape detection. Janice learns his license number, and in fear of being discovered, Duke kills her. Duke coerces Peg to leave town with him, committing holdups along the way. Realizing his luck will not hold out, but not wanting to give up, Duke leaves without Peg. (Wikipedia)