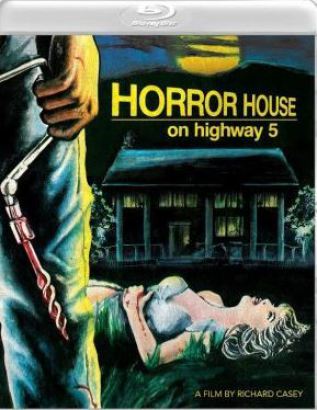 A mysterious killer, wearing a Nixon mask, terrorizes and murders a young couple. A professor assigns his students a project investigating the strange events connected to a possibly dead Nazi scientist, Dr. Fredrick Bartholomew. The doctor’s assistant kidnaps students, holding them hostage and torturing them. Meanwhile, Nixon stalks the night!

One of the most confusing and compelling homemade horror films ever made, future music video director Richard Casey’s debut feature film, shot over years on nights and weekends, is a delirious collage of oddball gore, ludicrous plot twists, and a general milieu of weirdness unlike anything else in cinema history. Newly restored from original 16mm vault elements, Vinegar Syndrome presents one of the quintessential cult movies of the 80s officially on Blu-ray and DVD for the first time anywhere in the world.