Horror House on Highway 5 (1985, USA) is a Slasher film directed by Richard Casey. 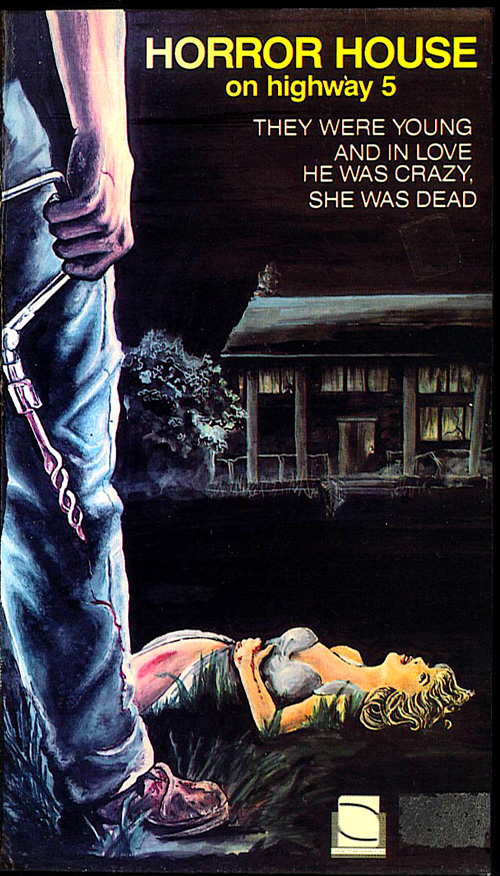 As part of a project, students are sent to a place called Littletown to investigate and research a supposedly deceased German (and possible Nazi) expatriate rocket scientist named Frederick Bartholomew, who was supposedly responsible for the V-2 rocket before embarking on a murderous rampage slaying all who he worked with in his final days spent in America. The student group have got to make replicas of the rocket whilst at that location. A trio of the group stumble across a pair of demented brothers; one, Mabuser is an unlicensed doctor, who's become mentally unhinged due to being convinced that destructive parasites have infested his brain, while his stuttering teenage brother Gary, is a shy and lonely psychopath with a thing for Tarot cards and concealed necrophiliac tendencies. All the while their father prowls the nights' lonely highways, dressed in one of his previous victims...as of all things Richard Nixon (complete with matching mask). (Wikipedia)