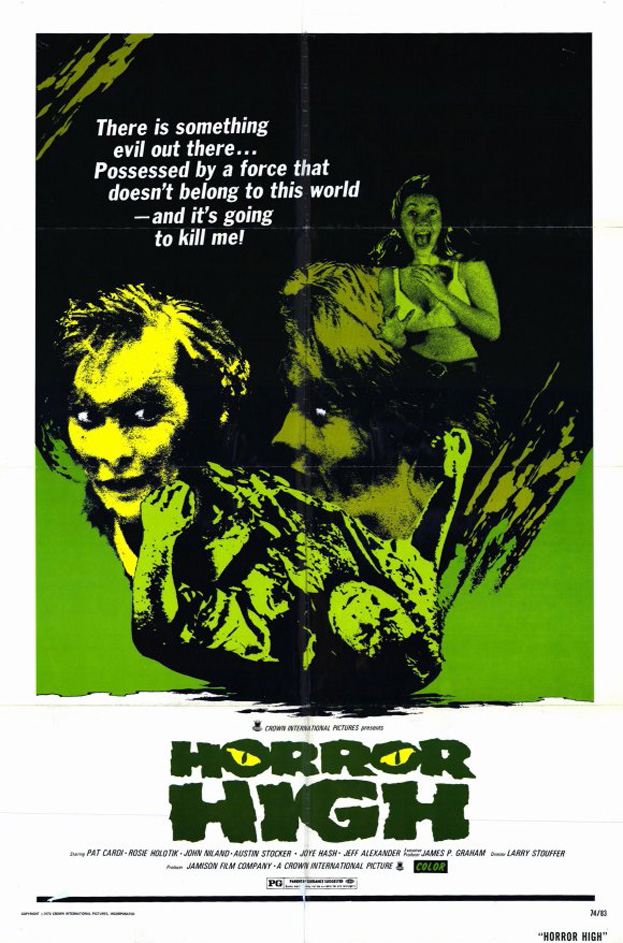 A series of grisly murders wreaks havoc at a small Texas high school! A no-nonsense cop is assigned to find out the identity of the mad devious killer who roams the corridors of the high school. A mild mannered student has been drinking a mysterious potion that turns himself into Vernon, a genetic freak. Terrorizing students and teachers alike, Vernon spreads his web of violence and terror to all who have mocked or laughed at him. Vernon also plays a deadly game of cat & mouse with the cop who is trying to stop him. Can the cop beat the killer at his own game, or will he become the final victim at Horror High?