In the age of the internet where you can get everything at your fingertips, sometimes the good-old-days of waiting for something worthwhile is getting lost...but not in this case! It's been almost 10 years since I discovered Hell's Bloody Devils. I stumbled upon this film for the first time after watching an episode of The Cinema Snob (Brad Jones), in which he points out the awkward combination of spy movie and biker flick, he also talks about how Colonel Sanders appeared in the film! Fascinated with bizarre elements, I have searched everywhere on the internet to find this movie...but no such luck. However, weeks ago I found a nice copy of Hell's Bloody Devils on YouTube! The hunt is over! Although I realize that Pete already wrote a review of it here on GCDB (which is referenced at Wikipedia!), I decided to give you my opinion of the long-awaited discovery of this film too. 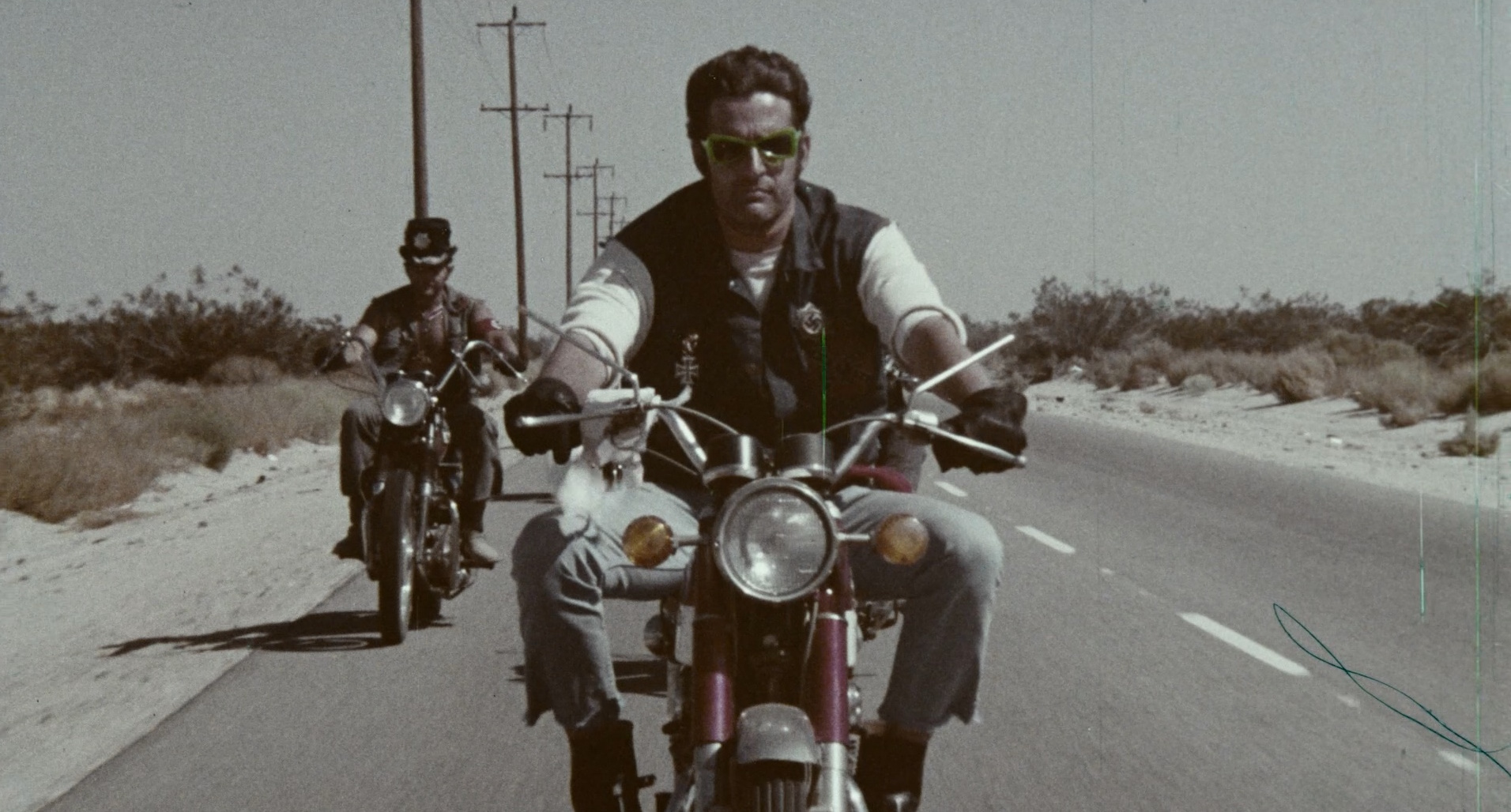 The copy that I watched begins with the trailer...and just like with every exploitation film, they try to tell sell you how scary the film is:

"THE SHOCKING SCENES YOU ARE ABOUT TO SEE ARE NOT SUGGESTED FOR THE WEAK OR IMMATURE. IF YOU CANNOT TAKE IT, WE ADVISE YOU TO NOW PATRONIZE THE CONCESSION STAND OR LOOK AWAY FROM THE SCREEN DURING THIS PREVIEW OF..."HELL'S BLOODY DEVILS!" "

...which is actually the director's (Al Adamson) marketing trademark since several trailers for his films begin with this text, followed by the title. Anyway, the trailer mostly shows a bunch of bikers riding around and beating people up to give the impression that we are about to see a group of The Wild Angels being chased by cops throughout the film. However, as you might already know, Hell's Bloody Devils is actually based on an unreleased spy film called "The Fakers" or "Smashing The Crime Syndicated" that Al made in late 60's, but couldn't find a distributor for. Therefore, in 1970 he decided to splice in footage of bikers to cash-in on the popular trend of Biker films and release it as Hell's Bloody Devils. Does the storytelling flow work here? I will reveal that later on. But first, let's get into the storyline...

Mark Adams is an FBI agent who has to investigate a case of counterfeit bank notes. It turns out that they are made by a Neo-Nazi group in order to fund their operation by selling it to someone else. Therefore, it's Mark's task to stop the return of Third Reich! Along the way, he meets several attractive female characters... 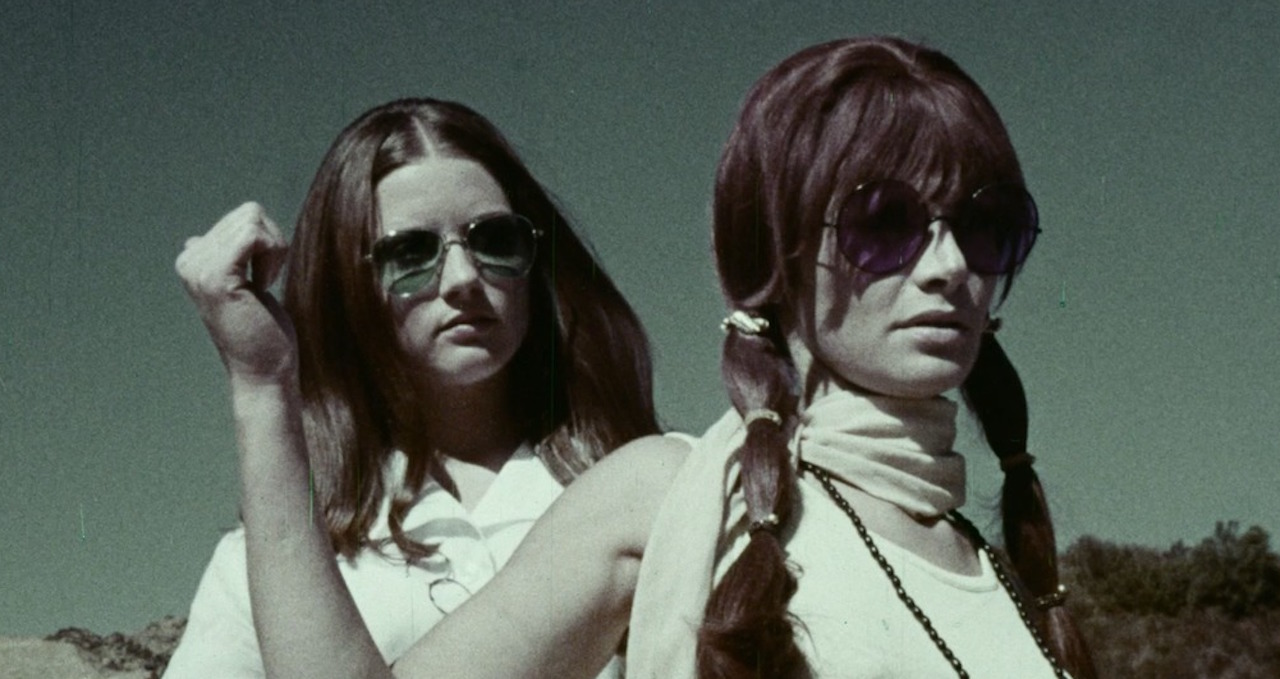 - A woman who...well, we don't even know her name since some of her scenes are cut (we'll get there soon)

- Pussy Galore...I mean, a short-haired FBI agent who has good fighting skills and wants to prove that she's as good as men

There's not much to talk about as far as character development or an intense storyline goes, because this is not You Only Live Twice or Diamonds Are Forever, but still the film somehow attracted me due to the not-so-good acting, cool Action scenes (like gunfight or car chase), or what our hero has to do next. However, the scene that mesmerized people the most is the one that features a cameo from that legendary actor, Colonel Sanders!

Yep! He appeared in the "spy movie" portion of the film (and not the biker parts as people would think) in a most outrageous way. The context here is that Mark and Leni (the film doesn't reveal her name since her scene is cut) decide to go out for a date. So, as many lovers would do, they go to the most romantic place they can imagine: Kentucky Fried Chicken! And after they sit at the table, the real Col. Sanders walks up and says...

"Ain't that the most wonderful chicken you ever ate?"

And after an awkward pause from every character for 5 seconds, they burst out in laughter! While many people praise how "genius" the KFC marketing campaign is when they bring up the game console (seriously, they make a new game console that has powerful engine and...what else? The chicken chamber that keeps your fried chicken warm!) or a short movie that aired on Showtime weeks ago, Mr. Sanders (who, according to the book Fast Food Nation, doesn't have an actual military ranking) pioneered it by funding an exploitation film as an exchange for KFC product placement. Although Hollywood at the time already had product placement in a much more subtle way (such as De Beer's product placement in Gentlemen Prefer Blondes), KFC predicted how over the top it would become in the next 20-30 years. 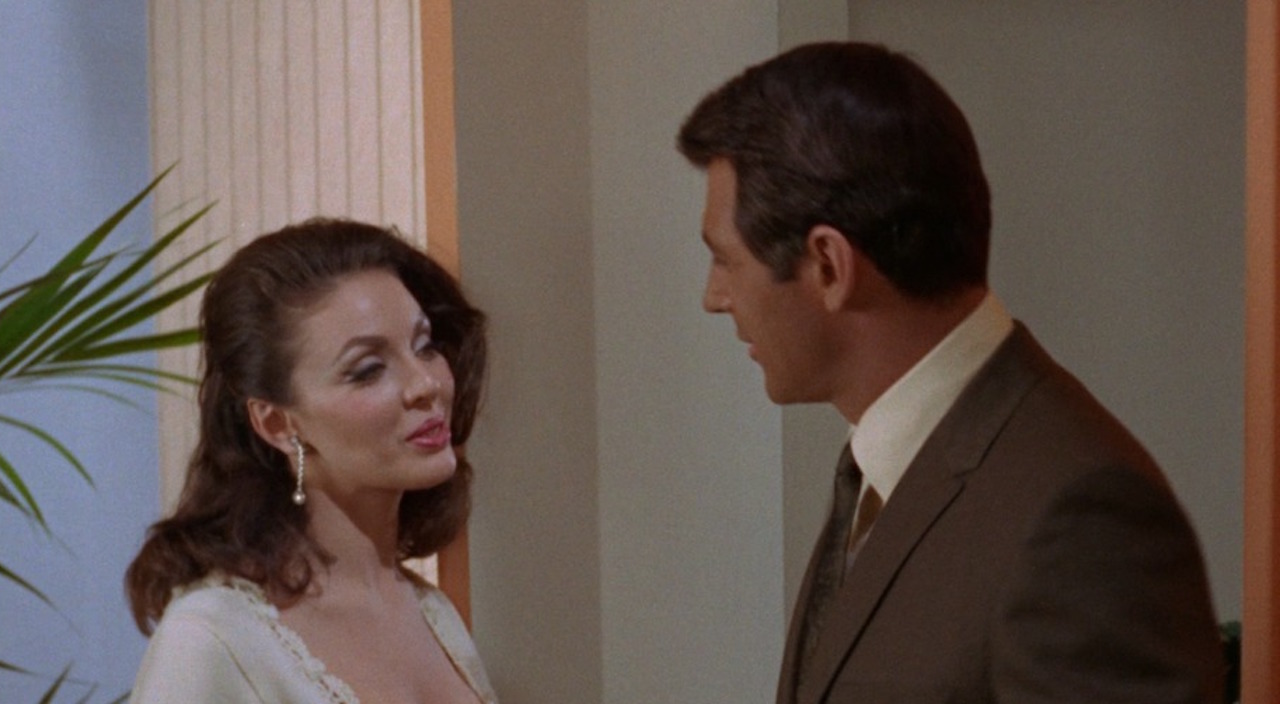 So yeah, The Fakers part of the film isn't that bad for me. It's not a masterpiece and there's no twists, but the simplicity and straightforward storyline of it makes me enjoy the film better than it should be. Wait a minute, did I forget to tell you something? Oh, yeah! THE BIKERS! What do they have to do with Nazis, you ask? Well, the newly spliced in footage tells us that they are hired by the Nazis to terrorize innocent people and...that's pretty much it. After they beat up two drivers and get the paycheck at the beginning, they do nothing for the rest of the film, except ride around, get paid, bang chicks, and get killed by someone who gives them the money...the Israeli spy! That's right. They manage to get her back and film these sequences to make the storyline more "coherent". But apart from the fact that if the Nazis wants to hide while doing these banknote jobs, why would they openly hired to swastika wearing bikers to injure people? I find that the biker parts provide NOTHING to the story at all and it becomes painful filler that I didn't care about at all. In addition, as I said before, there are some sequences in The Fakers that had to be cut in order to insert the new biker footage. Well, the problem here is that some characters introductions or crucial plot points are completely gone. So the new cut-and-paste filmmaking technique somehow makes a simple film become confusing!

In the end, was my 9 years of waiting to see this film pointless? No. At least The Fakers is way more interesting than the bland and forgettable biker portion. Hell's Bloody Devils is worth watching only for the spy parts and you can skip the filler scenes without getting lost in the storyline. So yeah, my next mission is to find the uncut version of The Fakers. Is it going to be another 10 years until I can watch it? Nobody knows, but it's going to be better than Hell's Bloody Devils for sure.

NOTE: The copy that I find has different picture quality throughout the film. It's like they transfer each reel of the film into each VHS tape.