Two rich half-brothers, Chuck (Tom Stern) and Wes (Jeremy Slate) tell all their swingin' friends that they're off to vacation in Mexico BUT what they've really got planned is something BIG in Las Vegas. So once daybreak arises, the brothers transform into Bikers! In order for their plan to be successful, they're gonna have to get some cooperation from none other than The Hell's Angels! It's quite a serious task, but after some initiation rituals (involving biker stunt skills and a hazing via bar room brawl), The Angels (Led by real-life gang leader, Sonny Barger) agree to let the two "Salem Witches" ride with them (I know, terrible name, but that's what Chuck & Wes got on their biker patches!). 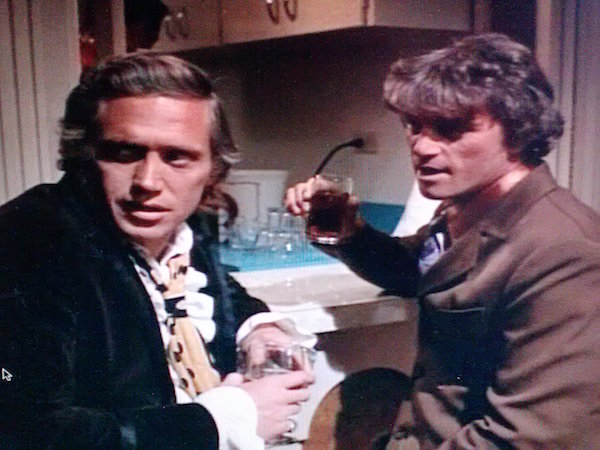 So as the entire group heads off to Vegas, one of the Angels' ladies, Betsy (Conny Van Dyke) gets caught up in the brothers' actual scheme, which is to rob Caesar's Palace of $600,000 and to fool the Angels as cover for the robbery. Once the robbery is accomplished, the cops want the sneaky brothers taken alive. But of course, The Angels have other ideas. Needless to say, the movie does have quite a downbeat ending (depending on who you root for). 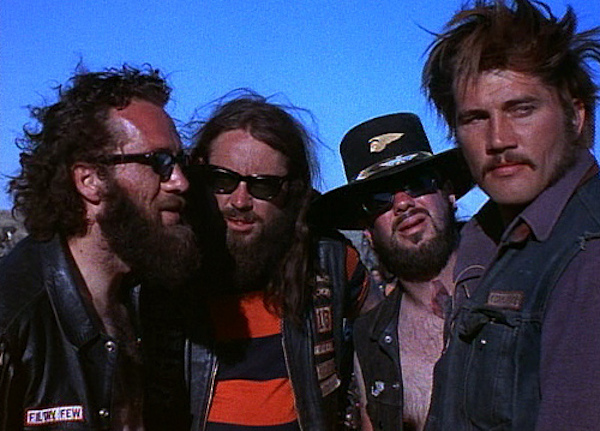 You know, the more I see this movie, the more it just always seems to get a little bit better and better. We're not talkin' CITIZEN KANE stuff here, ya know. But this movie does have an oddly compelling way of drawing the viewer in. This could be thanks to the interesting structure of the film. The "caper" aspect of the movie really isn't evident until you're deep into the middle of the movie. Then afterwards, the movie becomes a "Western" with the Red Rock Canyon backdrop and and the motorcycles replacing horses. It all falls into place rather nicely, considering that a majority of other biker films are stuck with one gear and one motive. What also sets this one apart from the pack is having plenty of the real Hell's Angels basically playing themselves. So Hell's Angels aficionados are given a real treat with HELL'S ANGELS '69!