Fresh off the successful heels of the ground-breaking Fritz The Cat, director Ralph Bakshi's follow-up was a slight departure from his comic adaptation of Robert Crumb's X-rated feline behemoth. For Heavy Traffic, the nasty and furry little animated critters weren't going to be around this time, but you could certainly count on the infamous vulgarity being carried over--In human form! The film begins with live-action. Jewish-Italian cartoonist, Michael Corleone..Yup, that appears to be his real name (Played by Joseph Kaufman) is venting his frustration out on a pinball machine. Hoping that a "Win" could certainly give him high hopes in life. Because when we take a trip with him to visit world that's around him (When the film turns into animation) he realizes that he's "Going nowhere fast". Even his talents of being a gifted underground cartoonist isn't expected to bail him out of his personal hellhole...Especially since he's still a virgin! Michael gets tired of having overweight prostitutes thrown at him by his wannabee-mafiosa dad, Angie (Frank DeKova). His Jewish mother still loves him since he's her son, not Angie's (A joke that I never get sick of hearing) He's fed up of hearing that his older brother has a job for him at a photoshop. When in fact, there never is a job awaiting him. He's tired of hanging out with the pigeon-catching bum named Crazy Moe and he's definetly sick of his so-called friends, who are just a bunch of annoying (And sadistic) Greaser punks. But Michael finally finds a bit of an interest and a connection for a downtown bartender named Carole (Beverly Hope Atkinson) Together, both of them have dreams of getting out of the city and into someplace decent like San Francisco (Was this material ahead of it's time?) the two eventually hook up and start building up some money in various, and dangerous, scams. Too bad Michael's careless choices are about to put him in danger. 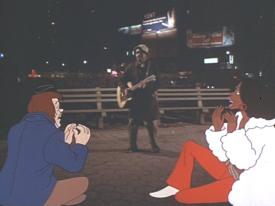 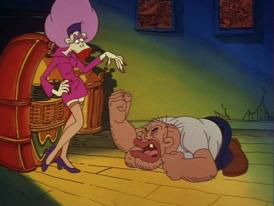 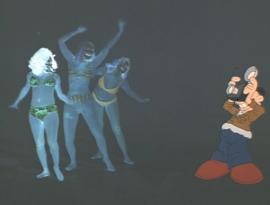 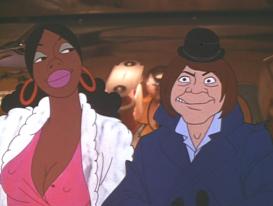 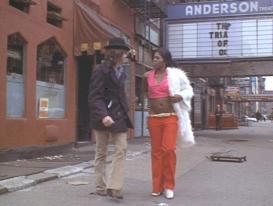 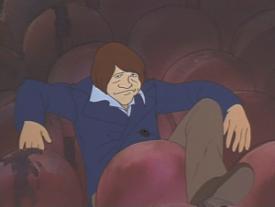 Storytelling hasn't always been Bakshi's strongest point. This was even evident in his widely-criticized (And family-friendly) rotoscoped epics that were released in the early 1980's. So it's no surprise that there's not a great deal of depth to be found in this particular film. There's a few sequences which aren't told from Michael's point of view that consist of Angie working at his job with the Union at the docks and an additional scene that has Angie meeting with "The Godfather" (This wouldn't be the last time that you'll see a Godfather-caricature in a Ralph Bakshi film. You would seen another one in the forthcoming Coonskin. But at least this one isn't quite as repulsive) These scenes seemed to slow down the film in my opinion. Plus, how intregal to the plot are the "Maybelline" and "Religious comic" sequences to the actual film? Just filler, perhaps. Yet, very interesting filler, no less. But that actually could've been as a result of the production nearly being called off numerous times due to reported arguments during the making of Heavy Traffic. Nevertheless, Bakshi himself has said that this is the most favorite of his films. Could it be the autobiographical angle of the film that he respects so much? Who knows. But one thing's for sure when you check out an early Bakshi film, expect tons of raunchy humor and shock value. Which you'll certainly find in this one. Aside from many of the non-politically incorrect elements, there's really some astonishing artwork to take hold of here. Bakshi would repeat some of this live-action/animation conglomeration (Along with a hefty dose of bizzare special effects) for his next film, Coonskin. But I actually felt those sequences were overused in that film. Here, it's used to a minimal effect. Often just being placed as a background for the animated characters in the foreground. As for the characters, I feel that "Carole" is among Bakshi's finest creations (Pun intended) there's even one minor suspenseful sequence when Carole's being stalked and the animation of Carole's scared tactics is dead on. And towards the end of the film, the duo of Michael and Carole start to rank high in my list of animated buddies...And lovers. Speaking of which, the film ends in the real world and I've got to say what a pleasure it was to see these characters in flesh & blood. Lastly, I do must say that the film's theme, "Scarborough Fair" plays a lot throughout the film. But believe me, right when you swear that you can't take anymore of listening to the song for a final time prior to ending credits, it suddenly re-captures your interest. Making it impossible to get sick of it! In fact, everytime I see the ending of this movie, I've always got this big ol' smile on my face. I never lose grasp of the happy & uplifting conclusion. It's enough to make you forget the errors and nastiness of this flick and enjoy the love story that was hidden in the film all along.