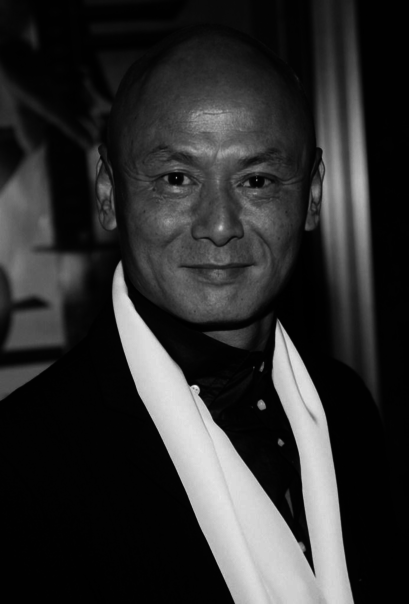 Liu was born in Guangdong Province, China. He trained at Lau Cham's martial arts school of Hung Gar discipline, which descended from Wong Fei Hung's grand student (father to Lau Kar Leung). Liu is often wrongly cited as being the adopted son of Lau Cham, and adoptive brother of famed directors / actors Lau Kar-leung (Liu Chia-Liang) and Lau Kar-wing (Liu Chia-Yung). In fact, he was not adopted by the Lau brothers' family, he is actually just Lau Cham's godson.[1] In his youth, he skipped school to train in Chinese martial arts without his parents' knowledge. Lau Cham's wife assisted in his training and due to the friendship and respect he felt for his sifu and his wife, he took on the name Lau Kar Fai. As he grew up, he found a job as a shipping clerk to make ends meet. His interests had always been towards martial arts and he was eventually offered a role by Lau Kar Leung. His name prior to being adopted was Xian Jinxi (冼錦熙).[2]

Liu’s first break was with Chang's Film Company (a Shaw Brothers subsidiary operating in Taiwan) acting small parts for such films as Five Shaolin Masters, Shaolin Martial Arts, and 4 Assassins. He starred in Challenge Of The Masters (1976), as the folk hero Wong Fei Hung, and was featured in Executioners From Shaolin (1977) before starring in his signature role as Shaolin hero San Te in The 36th Chamber of Shaolin.

The tale of the imperialistic struggle against — while not a new one — was significant for the intense focus placed on the inner workings of Shaolin Temple itself. San Te, Liu’s character, overcomes the temple's thirty-five chambers as he unwittingly undergoes the rigorous training regime imposed by the temple’s Head Abbott on the pretext of “earning” a right to study martial arts there.

The “zero-to-hero” tale turned Liu into an international icon in spite of a frame far slighter than that of the folk hero himself (known as “Iron Arms” for the muscularity of his physique) and paved the way for a very healthy working schedule into the mid-1990s, even as younger, more agile martial artists eventually emerged. By the late 1980s he had begun accepting smaller roles such as in Lau Kar-leung's Tiger on the Beat.

Liu has also been active in television, and was contracted to Hong Kong's TVB company for many years, continuing playing roles as a martial arts master. Though still performing some martial arts roles, he is at home as well in comedic, self-deprecatory or emotional characters. His second-most common role in TVB has been playing a Hong Kong Police Force officer[citation needed].

Quentin Tarantino has long been a fan of Liu, and had one day hoped to find him a role in one of his movies. This eventually came to pass with the roles of Johnny Mo and Master Pai Mei in both Kill Bill films (incidentally, in one version of the script for the second film, Liu's lips would be speaking Cantonese while his voice, dubbed by Tarantino, would be in English — imitating a bad dub job). His roles in Kill Bill raised Liu's profile again and a renewed interest was shown by Chinese producers; since Kill Bill, Gordon has returned to doing movies while continuing to do television for Hong Kong's TVB station.

In 2008, Liu added a Bollywood film to his profile. Collaborating with Indian actor Akshay Kumar who is a top-billed Bollywood actor and also a martial arts performer in a film titled Chandni Chowk To China (CC2C). He played the role of the villain, Hojo, a smuggler and a well-trained martial artist. Before this, he appeared as himself (along with his mentor Lau Kar Leung) in Dragonland, 2009, the very first Italian documentary about Martial Cinema History, a homevideo 3 hours kung-fu marathon written and directed by specialist Lorenzo De Luca. Gordon attended as special guest star at the premiere in Rome, meeting his Italian fans for the first time. In August 2011, while in To Kwa Wan performing with his band, it was reported that Liu suffered a stroke, inevitably hitting his head. It was revealed that he had partial right sided paralysis and a speech impairement as a consequence of the incident. His camp has not released additional information, and Liu had cancelled all public engagements as of March 2012.[3]