On August 20, 1989, H.B."Toby" Halicki was tragically killed on the set of Gone In 60 Seconds 2, the sequel to his 1974 cult classic. When you put Gone in 60 Seconds on, you'll see low budget crime film like no other. This is indie action filmmaking at its best. 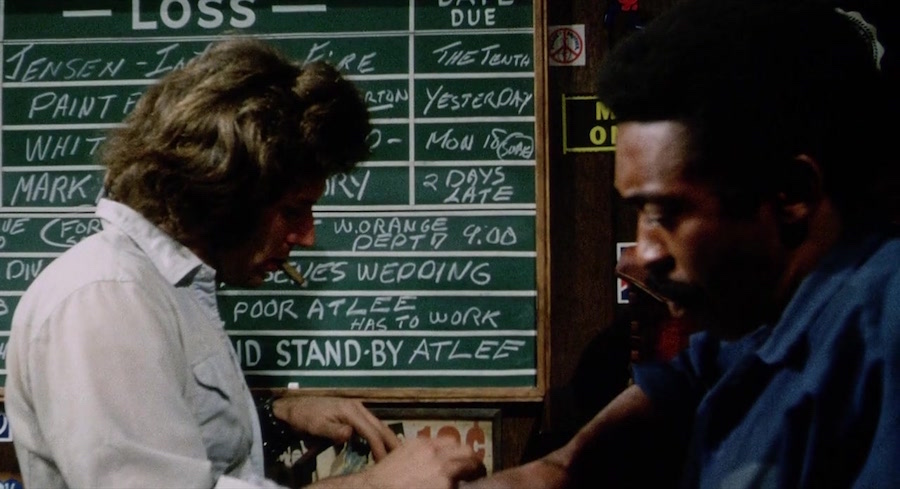 Maindrian Pace (H.B. "Toby" Halicki) leads a double life, he is a car insurance investigator by day and he's also a supercool master car thief. He and his group of professional mechanics need to collect a group of 44 cars by a certain deadline. To keep this secret, they give the cars they are scoping female names. The question is: can they make it on time? We get to see how Maindrian runs his business at the opening of the film, by going to junkyards, picking up junked sports cars, then bringing them back to the chop shop. His crew pulls the cars apart and copy the serial number code on the engine block. Then they steal new cars, switch license plates and add the old serial number code to the new "twin" car. 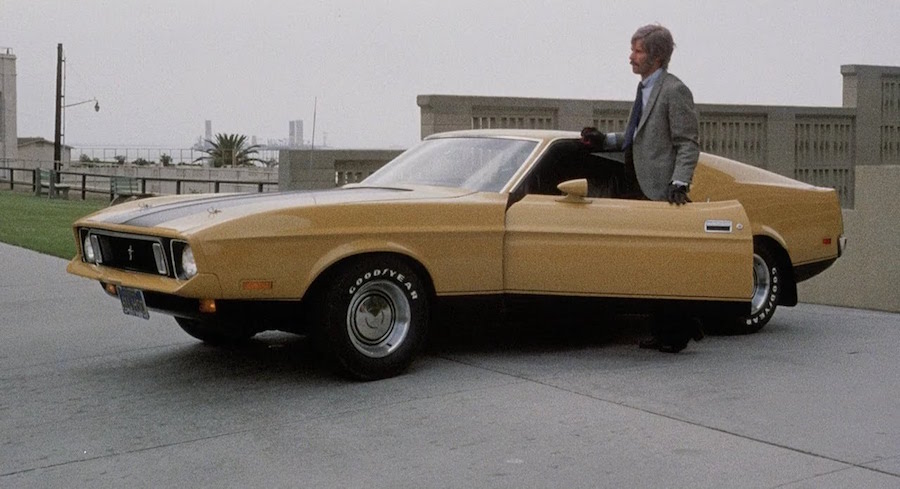 In between running the chop shop Maindrian goes on investigations to find other stolen cars. Noone suspects the respectable Maindrian Pace, finder of stolen vehicles of being a car thief, so things work out great. That is until Pace makes an enemy of his girlfriend's brother, who ends up tipping off police theres going to be an auto theft just before he picks up the last car on his list. The car is nicknamed "Eleanor" and its a beautiful yellow 1973 Ford Mustang GT 500. Maindrian and his gang have seen several "Eleanor's" around the city, but he has an easy score set up at a TV Studio where one of the reporters has an Eleanor he can rip off. When Maindrian gets there incognito (a salt and pepper gray wig and mustache) he jacks the car and is ready to leave, but across the street the alerted cops have been waiting for this to happen. The car has an alarm that goes off, but as soon as Pace kills it, the cops realize he's the guy. 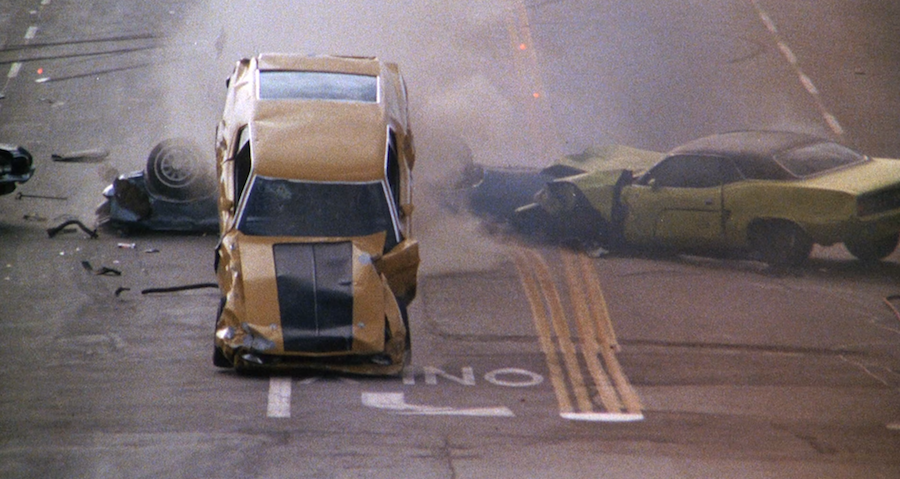 Pace jams the gas pedal down, takes off and the cops plow right into him and the chase is on! Yes, this is it, the legendary 40 minute car chase through the cities of Carson and Torrance California. The stunts and camerawork on this sequence is really breathtaking. HB Halicki was fearless when it came to stunts with cars, you can see he does all his own driving and there's several close calls where he almost buys the farm (watch for the telephone pole scene!). The incredible chase begins in the inner city moving to the outskirts of town through a large dirt covered field, then back into downtown Carson, through a car dealership and out onto the highway where Pace makes a death defying escape, jumping over a car in slow motion.

With an incredible amount of luck, Pace spots yet another "Eleanor" at a car wash. He quickly pulls in, gets the keys from the owner by explaining he's the manager and they need to "rewash the car". Pace gets in, pulls off his makeup (wig, mustache etc) changes clothes and cruises down the street. When he sees a police roadblock up ahead he gets a little nervous but luckily for him, the car wash manager is mistaken for Pace and the police let him pass by then descend on the car wash business while Maindrian Pace calmly drives away into the traffic filled horizon. What an ending!

This review is dedicated to the memory of H.B. "Toby" Halicki: King of Car Chases!