Tieh Chun-Shan is a professional killer and gets hired from a man with a golden mask. He does his job and kills a man (but to his surprise, he realizes he killed his own brother). It was all a set up. Tieh Chun swears to take revenge and looks for the man with the mask.

His first destination is a monastery, he enters it and talks to a monk who attacks him right away (he just wants to test his Kung Fu). The monk tells him to go to the city, to the hostelry and take a seat at the table. A man will contact him. On his way to the city he has a fight with a Kung Fu master and at the same time the Golden Mask kills the monk. 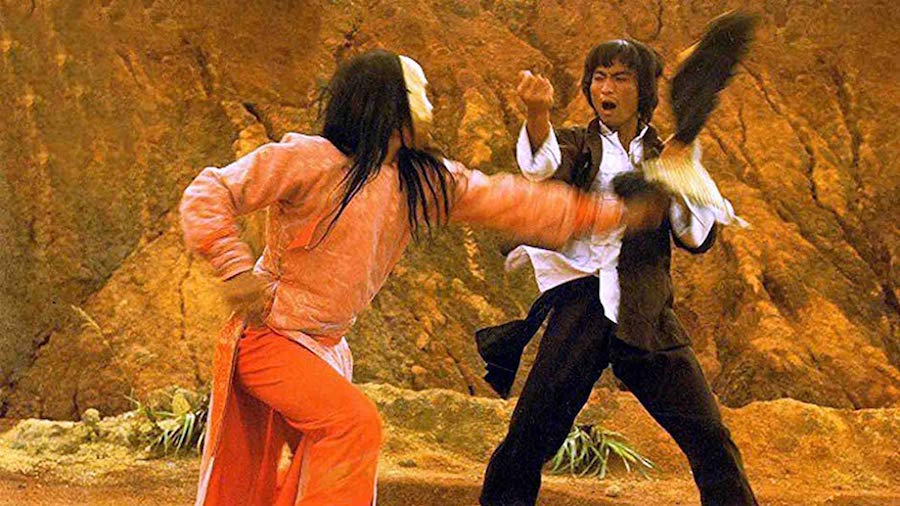 He meets all kinds of dubious characters there and ends up in the palace of the earl. Nearly everybody gets killed. The guessing who's behind the mask starts. At the end only four people are left (Tie Chun not included). Which one is the golden mask? Who can it be? Or are there more golden masks on different faces?

Never heard about this film so I gave it a try. It was good. I liked the story a lot. Something between Martial Arts and a mystery story. I kept trying to guess who was behind the mask. Can't tell you anymore but the ending will be a surprise for you. A big surprise.