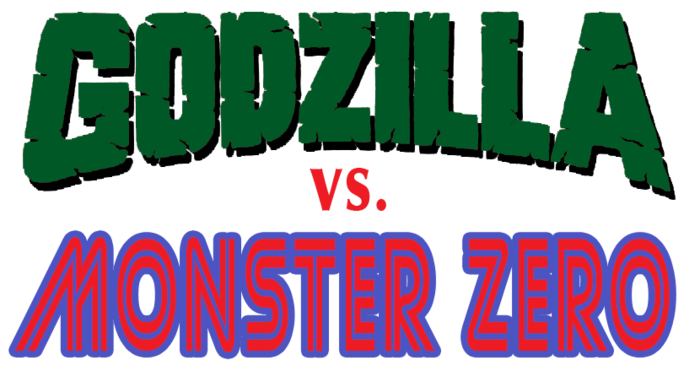 Two astronauts, Fuji (Akira Takarada) and Glen (Nick Adams) are sent to explore the recently discovered Planet X. What they find on the planet is a race of technologically superior aliens (Led by Yoshio Tsuchiya) but the astronauts seemed to have come at the right time because the X-leader has a proposal which is to "Let us borrow Godzilla and Rodan from your planet to combat our nemesis, Monster Zero". Come to find out, Monster Zero is actually King Ghidorah. In exchange, the aliens will offer a cure for the humans' cancer (In the english-dubbed version, it's a cure for ALL diseases) Mankind accepts the offer.

Meanwhile back on earth, Fuji's in disapproval of his sister's nerdy inventor-boyfriend, Tetsuo (Akira Kubo) who has invented a uniqe sound device called "Ladyguard". Also, Glen's recent date, Namikawa (Kumi Mizuno) may not be who she really appears to be. But don't worry, all plot-points will converge once the humans find out about Planet X's devious plans of destroying earth by way of mind-control over Godzilla, Rodan, and King Ghidorah.

As you could probably tell, there's more focus on "Earthlings versus aliens" going on in this one than all-out Kaju mayhem. So the question is, does this have a worthy payoff? Despite some recycled shots of previous Giant Monster movies and what one could describe as shortly-timed fights, I'd still say yes. The set design of the first battle between the monsters on Planet X is a beauty and though I found the final fight between the trio to be a slight letdown, there's a continous action sequence of the trio destroying Japan beforehand which gets your heart pumping. Seriously, just crank the volume up on this sequence and you might see what I mean.

But the more I view this movie, the more I happen to get involved with the human/alien conflict. For instance, you get the impression that foreigner, Nick Adams, is only there to phone his lines in. Throwing away any sign of emotion for the character. But if you're fortunate to check out both the Japanese and English-speaking prints of the movie, you really do believe that the people around him are some longtime friends of his and there's no doubt of his loyalty when confronting his two-faced girlfriend. So what I'm saying is that this is one of those movies that manages to pull you in through repeating viewings. You get what you want in the "Slam!-Bam!" variety by way of the Giant Monsters on your first viewing. And the scenes involving the human characters (Or alien characters) don't feel as filler on your 2nd viewing. Plus the alien costumes guarantee more than one look!