Upon its release in 1971, Ginger caused a sensation. “My filmmaking strategy was to start out making really commercial films like Ginger and then reach a point where I could make more serious pictures,” director Don Schain revealed in 2008. That didn’t happen, but it also didn’t matter. Ginger was such a box office bonanza it was followed by two sequels; The Abductors (1972) and Girls Are For Loving (1973).

Ginger tells the story of detective-for-hire Ginger McAlister (Cheri Caffaro), a tall, attractive blonde who uses her face, wits and body to crack a small-time prostitution, blackmail and drug ring. The supporting players include Jimmy (Herbert Kerr) an African American thug who has a penchant for “white ass,” Rex (Duane Tucker), a leather choker-wearing ringleader who has a penchant for bondage (as do other characters), and Rodney (Calvin Culver ) a buff, over confident rich kid out for kicks. 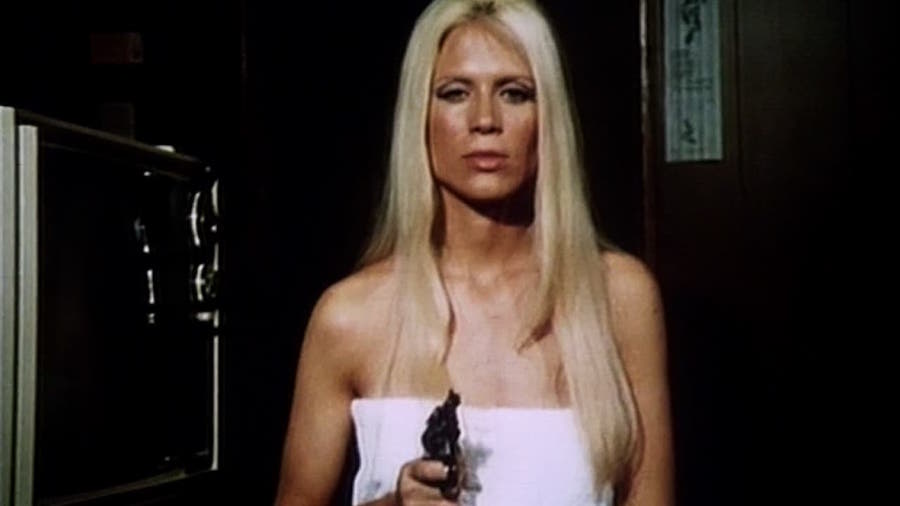 For the most part forgotten but still gritty and surreal, Ginger is a time capsule experience: a peek at one of the earliest and most influential (1974’s Foxy Brown appropriates the castration scene) exploitation/sexploitation features.