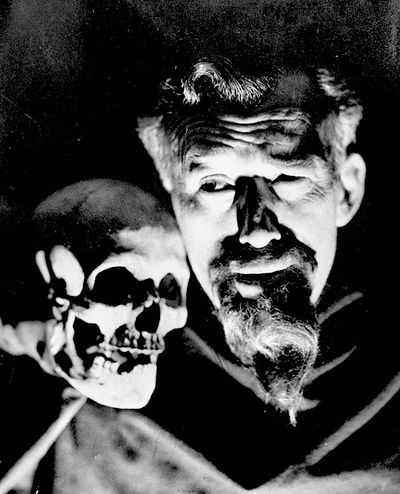 Ghoulardi was a fictional character invented and portrayed by voice announcer, actor and disc jockey Ernie Anderson as the horror host of Shock Theater at WJW-TV, Channel 8 (a.k.a. "TV-8") in Cleveland, Ohio from January 13, 1963 through December 16, 1966.[1] Shock Theater featured grade-"B" science fiction films and horror films, aired in a Friday late-night time slot. At the peak of Ghoulardi's popularity, the character also hosted the Saturday afternoon Masterpiece Theater, and the weekday children's program Laurel, Ghoulardi and Hardy.

Late-night horror hosts in other broadcast markets typically portrayed themselves as mad scientists, vampires, or other horror film-themed stock characters. In contrast to this, Anderson's irreverent and influential host character was a hipster. Ghoulardi's costume was a long lab coat covered with "slogan" buttons, horn-rimmed sunglasses with a missing lens, a fake Van Dyke beard and moustache, and various messy, awkwardly-perched wigs. Anderson agreed from the beginning to wear the Ghoulardi disguise on camera so that the notoriety of the character would not interfere with his conventional outside voiceover work. Anderson's crew shone a key light on his face at an unusual angle to create a spooky effect, and they shot his face close up (or extremely close up), which they often broadcast through an undulating oval.

Ghoulardi's stage name and certain aspects of the character's appearance were devised by Cleveland restaurateur and amateur makeup artist Ralph Gulko, who was making a pun of the word "ghoul," and his own similar last name, suffixed with a generic "ethnic" ending. The station created a "write in" contest for fans after Gulko devised the name, and station management awarded prizes to several contestants who sent in ideas for names similar to the one they had already chosen.

Anderson used friends and members of the TV-8 station crew as supporting cast, including engineer "Big Chuck" Schodowski, film editor Bob Soinski, weatherman Bob "Hoolihan" Wells, and occasionally Tim Conway, a former TV-8 colleague who had gone on to stardom as "Ensign Parker" in the ABC sitcom McHale's Navy. Anderson was later assisted by teenage intern Ron Sweed, who had boarded a bus to try to meet his idol at a live appearance at Euclid Beach Park, clad in a gorilla suit. Anderson invited Sweed onstage; to the crowd’s delight, Sweed stumbled offstage back into the audience when Anderson whacked him on the back. This, plus some unannounced gorilla-suited visits to the studio, sealed his place as Anderson’s intern.

During breaks in the movies, Ghoulardi addressed the TV-8 camera in a part-Beat, part-ethnic accented commentary, peppered with catchphrases: "Hey, group!", "Stay sick, knif" ("fink" backwards), "Cool it", "Turn blue", "Would you believe...?" and "ova-dey" (a regional pronunciation of "over there"). Anderson improvised because of his difficulty memorizing lines. He played novelty and offbeat or instrumental rock and roll tunes, plus jazz and rhythm and blues songs under his live performance. He frequently played The Rivingtons' "Papa-Oom-Mow-Mow" over a clip of a toothless old man gurning.

Ghoulardi frequently mocked the poor quality films he was hosting on TV-8: "If you want to watch a movie, don't watch this one," or "This movie is so bad, you should just go to bed." He had his crew comically insert random stock footage or his own image at climactic moments. In a scene involving a chase, for example, they integrated Ghoulardi into the film as if he was being pursued, or interacting with other characters. When airing Attack of the 50 Foot Woman, Ghoulardi leaned his hand up on the wall of a cave in one scene. Schodowski wrote that Ghoulardi usually adapted well to the changing scenes, as Anderson could only view a monitor with a reversed image of the broadcast and his "drop-ins" were live. One time the scene in the film changed before Anderson noticed, and he reacted with a "Whooo!" and quickly removed his hand when he realized that Ghoulardi was cupping the breast of the giant woman (Allison Hayes) live onscreen. 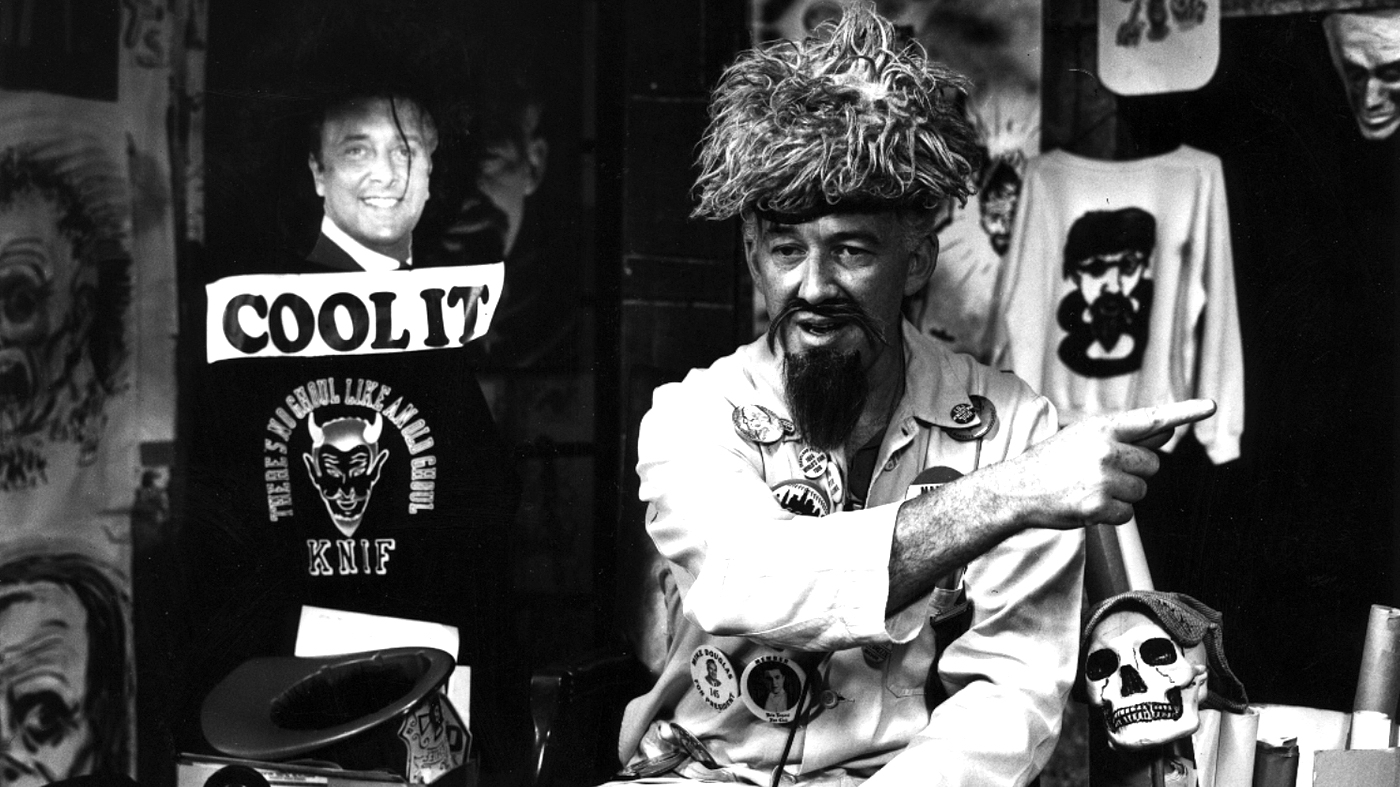 Black audiences as well as white flocked to Shock Theater almost to the point of a cult following. White kids loved Ghoulardi's beatnik costume and the music and black kids loved his hip talk, which was a nod to black jazz and R&B artists.

More mainstream viewers enjoyed his broad, unpretentious ethnic humor. At his show's peak, Ghoulardi scored 70 percent of the late-night audience. Fans sent up to 1,000 pieces of mail a day. The Cleveland Police Department attributed a 35 percent decline in juvenile crime to the Friday night show. Anderson quipped, "Nobody likes to steal the car in a blizzard."

TV-8, then owned by Storer Broadcasting, further capitalized on Ghoulardi's wide audience with a comprehensive merchandising program, giving Anderson a percentage as Storer owned the "Ghoulardi" name. Anderson also negotiated agreements with Manners Big Boy Restaurants for use of his image, though Anderson refused to eat fast food ("Don't eat that — it's garbage," he advised Sweed). He earned about $65,000 a year at the peak of his popularity as Ghoulardi.

Ghoulardi often made fun of targets he considered "unhip", including bandleader Lawrence Welk, Mayor of Cleveland Ralph Locher, and Cleveland local television personalities such as singer/local talk show host Mike Douglas, children's hosts Barnaby and Captain Penny, and news analyst and commentator Dorothy Fuldheim (whom he called "Dorothy Baby"). According to Anderson, Mike Douglas refused to book Anderson as a guest on his talk show The Mike Douglas Show after it began nationwide broadcasting, and also refused to speak to Anderson for years (though Douglas denied any animosity). 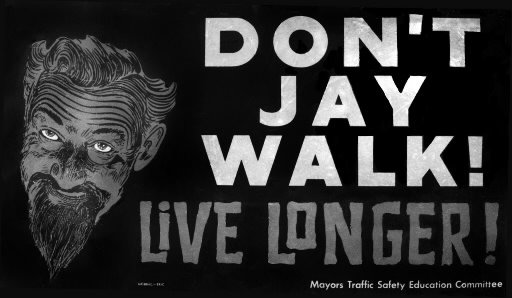 Ghoulardi also lampooned the bedroom communities of Parma, Ohio, which he often called "Par-ma?!" or "Amrap" (Parma backwards), and Oxnard, California, saying "Remember...Oxnard!" and featuring a raven named "Oxnard" on his show. Ghoulardi unmercifully jeered Parma for what he considered its conservative, ethnic, working-class "white socks" sensibility, making fun of such local customs as listening to polka music and decorating front lawns with pink plastic flamingoes and yard globe ornaments. The Ghoulardi program even aired a series of taped skits called "Parma Place", featuring Anderson and Schodowski playing stereotypical ethnic Parma residents in a parody of the then-popular prime time soap opera Peyton Place. While the "Parma Place" skits were well received by the public, the mayor of Parma and other local politicians complained to station management, especially after learning that the spectators at a Parma vs. Parma Heights high school basketball game had thrown white socks onto the court. Under pressure, the station forced Anderson to discontinue the "Parma Place" skits.

Anderson subsequently made a successful career in prestigious voice-over work, most prominently as the main voice of the ABC TV network during the 1970s and 1980s. He reprised his Ghoulardi character only once, in 1991 on an episode of Joe Bob's Drive-In Theater hosted by Joe Bob Briggs. Anderson died of cancer on February 6, 1997.